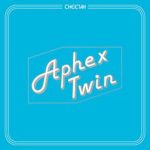 Just like English buses, you wait for what seems like forever for new Aphex Twin material to be released, and suddenly loads come along at the same time. Having dropped the impressive album Syro, his first original material in 13 years, in September 2014, the quixotic and imcomparable Richard James has now released his second EP in 18 months. Unlike the baffling and often impenetrable Computer Controlled Acoustic Instruments pt.2 EP in January last year, James now gives us another very different record. Cheetah is named after a series of synthesisers and programmers made in the ‘80s that were notoriously difficult to master. In this way, it’s the sound of a man setting himself a challenge, working with a deliberately restricted palette, having long since run out of anything to prove to the outside world. Seriously, if you don’t know that James is a genius by now, there may be no hope for you.

Of course, this kind of pressure-free process risks producing discipline-free, aimless indulgence – from the point of view of an outside audience at least. But, not only is Cheetah rather accessible (like a little brother to Syro), it’s also possible to read it as a throwback to his analogue era in the early ‘90s. Not particularly surprising, as the digital wave sequencing technology with which it has been made dates from around that time, but hearing James play the material with a comparatively straight bat is a curiously pleasure. There’s none of the skull-cracking, what-the-fuck beat storms of his digital phase at the turn of the millennium, just an all-encompassing ambience, which at turns is lush and relaxing and then more shadowy and paranoid.

In typical Aphex fashion, he gives his tracks code-names rather than official titles. ‘CHEETAH2 [ld spectrum]’ is built on an unusually regular, thumping beat, over which the weird, fluid and distinctive synths of the Cheetah weft and wend their way. Another similar track, ‘CHEETAHT7b’ is underpinned by another pretty much identical beat, only this time it’s broken up by some pretty amazing rolling snare effects. Both are solid but pretty unexceptional, given the high standards to which James works. Two sub-one-minute interludes, made on the MS800 version of the Cheetah, arrive back-to-back, the second of which is both beautiful and sinister. Next is the astonishing ‘CIRKLON3 [Колхозная mix]’, which gets back to the more familiar and more modern Aphex from Syro. Absolutely quintessentially Aphex, it would make a perfect introduction for a newcomer, as its experimental bent is very obvious but isn’t rammed down your throat, a problem from which one or two of the more impersonal tracks from his late ‘90s work tended to suffer.

‘CIRKLON 1’ is another exceptional tune, utterly timeless in its reference to what seems like the totality of electronica history, harking back to the kind of ambience Radiohead were after on Kid A at times. The thumping, pulsating beat of the extremely accessible ‘2X202-ST5’ rounds out an enjoyable, if not always excellent, listen. There’s the suspicion that ideas are left unexplored in some cases, particularly given the long running length of a lot of the tracks, but the sense of space given by keeping things comparatively simple and uncluttered is just as pleasurable – after all, this is what Aphex songs used to sound like in the early ‘90s. But, if this what James sounds like when he’s treading water, then bring on his next full album! (7/10)

Listen to Cheetah EP here via Spotify, and tell us what you think below!