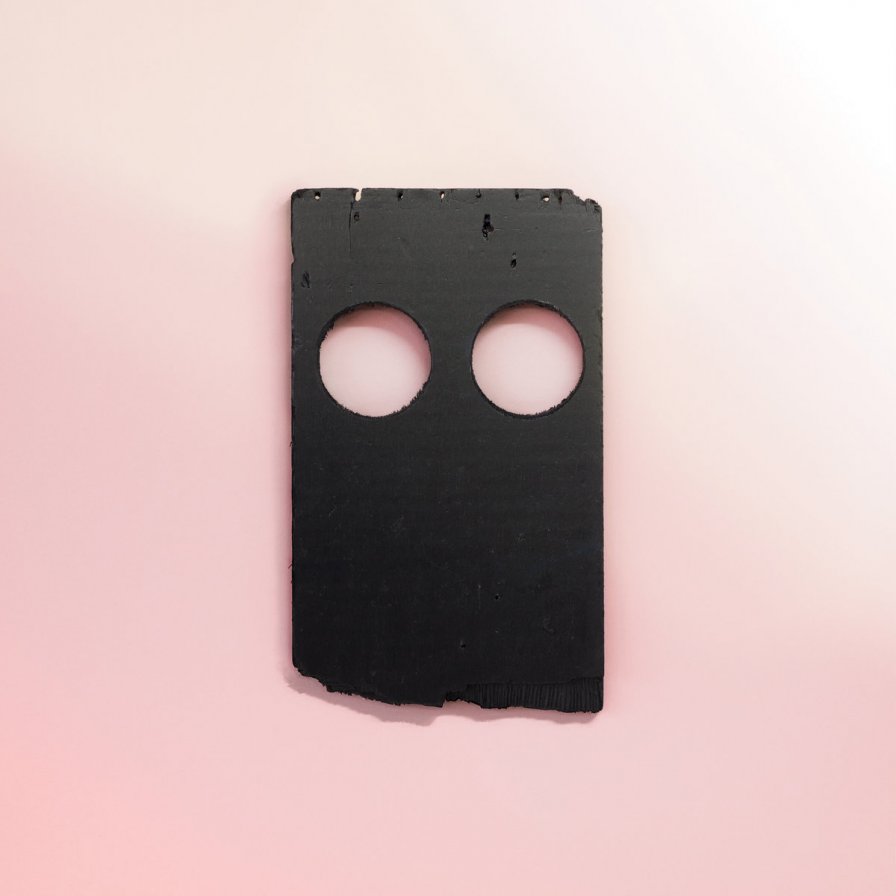 The onset of and fallout from Donald Trump’s presidency, the Brexit fiasco, and the growing popularity of extremist political parties across Europe really ought to have brought a dividend of great protest music, but the cultural backlash hasn’t had a great soundtrack yet. ‘Political’ albums from guitar-wielding bands are now ten-a-penny, but practically none of the artists making them are taking the musical risks to come across as credible while doing so, often resorting to unsubtle and clumsy sloganeering. It seems unexpected, then, that by far the most arresting and resounding musical statement on the Western world’s condition should come from Low, a band that’s been around for a quarter of a century and is on its 12th LP. Surely an album like Double Negative should be the terrain of new punk bands or major mainstream artists. It’s both absolutely brilliant for Low, and a shocking indictment of the vision and craftsmanship of the vast majority of musicians in 2018, that Double Negative is quite such a stand-out release, both in and of itself and in the context of their contemporaries.

Right from the backward-sucking ‘Quorum’ that’s cloaked in static and masked, distorted vocals reminiscent of Radiohead’s Kid A, Low have transformed the percussive elements of their sound into brutal, machine-like thumps and growls. Aside from the typically reliable vocal and lyrical prowess of husband-and-wife core Alan Sparhawk and Mimi Parker, it’s keyboardist Steve Garrington who is the secret weapon behind Double Negative’s startling reinvention, to the extent it sounds like absolutely nothing else out there at the moment, but familiar too. The way the lyrics are delivered now sound like scrambled, urgent warnings and prophesies from the future. The traditionally sparse arrangements of their previous work are still there, but they now buttress the record’s solemn, incantatory but hopeful tone, giving the feeling that Low are tending the flame that keeps hope alive, not just bemoaning the state of things.

It’s a radical but nevertheless logical step forward in Low’s career, but nobody could possibly have foreseen something as uniformly stunning as Double Negative, even the band’s most devout fans, and it surpasses the band’s long-standing previous best effort, 2001’s wonderful Steve Albini-produced Things We Lost In The Fire, by some distance. Keeping BJ Burton, the man who overhauled Bon Iver’s sound so thoroughly for 2016’s 22, A Million, as producer from Ones And Sixes was a masterstroke, as he has helped Low to twist their slowcore template into strange new shapes and yet retain the group’s fundamental essence – their melodic nous and generous humanism.

Most crucially of all, the songs themselves are utterly extraordinary. From the aforementioned ‘Quorum’ that mutates into the insistent, percussive drone and thump of the Fever Ray-esque ‘Dancing And Blood’, all the songs meld into each other in a continuous suite. Parker’s drums come on like a broken, wheezing machine about to give up its ghost, while Sparhawk’s skeletal, tremulous guitar is very much placed in the background and used mainly for textural purposes.

Without exception, this approach yields stunning results. There’s the scorched-earth ambient textures of ‘The Son, The Sun’; the frosty, fragile ‘Dancing And Fire’, built on a fragile electric strum as Sparhawk implores social media divisiveness (“don’t know what you’re even fighting for?”); the whirring, fluttering rhythms underpinning ‘Fly’ bear Parker’s heavenly vocals up almost weightlessly, as does her wide-eyed incantation “I believe, I believe…” on ‘Always Up’ that comes on like a beam of light penetrating the darkness, of truth through lies. As on Low’s previous ‘political album’, 2007’s Drums And Guns about the Iraq war, all this is dealt with tangentially and without falling into obvious pitfalls.

‘Tempest’ begins life as a nightmarish, guttural growl and ends in radiant light. The ribcage-shaking boom of the funereal percussion of ‘Always Trying To Work It Out’ is so forceful that it seems to stop all the other elements of the song, the distorted vocals and treated guitars, in their tracks for a micro-second. The slow-motion blues-rock churn of ‘Rome (Always In The Dark)’ gives way to swathes of digitised noise, before the beautiful closing salvo ‘Disarray’, Double Negative’s fastest song with its fuzzy, insistent pulse, ends things on something resembling a positive note. As Parker sings urgently “before it falls into total disarray / you’ll have to learn to live a different way”, the headspace of contemporary, post-truth confusion clears momentarily, just like the relative clarity of the track itself.

Double Negative is an enervating soundtrack to a world going wrong, of super-late-stage capitalism, fake news, subverted democracy, rampant inequality and mass indifference. The abundance of noisy, atonal aspects are reflective of that turmoil, but Sparhawk and Parker allow shafts of light to pierce the album’s fog of ignorance and anxiety, and it’s this fundamental bedrock of humanity that has always made Low’s music so enduring. But just like the paradox implied by its title, Double Negative’s strength comes from its very broken-ness, from its sense of helplessness at the chaos and unravelling of the world. A unique masterpiece. (10/10) (Ed Biggs)

Listen to Double Negative by Low here via Spotify, and tell us what you think below!