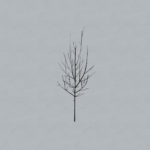 Front cover of ‘Ones And Sixes’

Minnesotan three-piece Low are the archetypal practitioners of the sub-genre sometimes known as ‘slowcore’. As practising Mormons, the band’s husband-and-wife core Mimi Parker and Alan Sparhawk have created their own niche in the indie world with their slow tempos, minimalist arrangements and haunting vocal harmonies, becoming an institution of sorts after 22 years and, now their 11th studio album. Ones And Sixes finds them needing to prove themselves for the first time in quite a while, after the relative disappointment felt by fans over 2013’s The Invisible Way. Though it was produced by Wilco’s Jeff Tweedy and was a great creative fit in theory, many felt it to be strangely sterile. To put themselves back on track, but also to change their sound so as not to repeat themselves, Low holed up in Justin Vernon’s April Base studio in Wisconsin and introduced electronic elements, such as drum pads and synthesisers into their sound.

This element doesn’t intrude upon Ones And Sixes in the way that description sounds like it might – instead, it provides a sturdy, steady undercurrent to Low’s established sound while business continues as normal on top of it. Strict economy and a widescreen scope are the keys, as always, to their success: with tracks like ‘Kid In The Corner’ and ‘Lies’, you can trace the group’s musical lineage to newer bands like Lower Dens and Warpaint, where the sonic undertow is the kinetic force behind the sound. Lead single ‘No Comprende’ is injected with a tension and unease not normally associated with Low, by way of the stalking, string-bended bass guitar riff. Opener ‘Gentle’ is typical of the change – a totally normal post-rock drum pattern played on drum pads and muscular electronic bass, as Sparhawk intones and pleads “it doesn’t have to be this way”.

We’re back in more familiar territory for the churning, ominous storm cloud of ‘Landslide’, which slowly opens up over its nearly 10-minute running time with increasingly cavernous drums and Parker’s ethereal backing vocals. On the likes of ‘The Innocents’ and ‘No End’, the shimmering, echoing guitars and traded vocal harmonies between Parker and Sparhawk tap into the band’s long-standing themes of faith and doubt, but refreshingly free of any kind of explicit proselytising that sometimes disrupts music that has a religious origin (as Low’s unquestionably does). By letting the guitars reverberate and echo around the studio’s space, Ones And Sixes’ sound is a bit rougher and more tactile than before.

It’s a tricky thing to deliver a product of such consistently high quality over such a long period of time without repeating oneself, but Low have managed to deliver intense, deeply moving and spiritual music for over two decades with barely a mis-step in all that time. The electronically-based drums and bass sounds provide a slightly different spin on the established dynamic, and Ones And Sixes shows that they still have an active part to play in 2015. (7/10)

Listen to Ones And Sixes here!