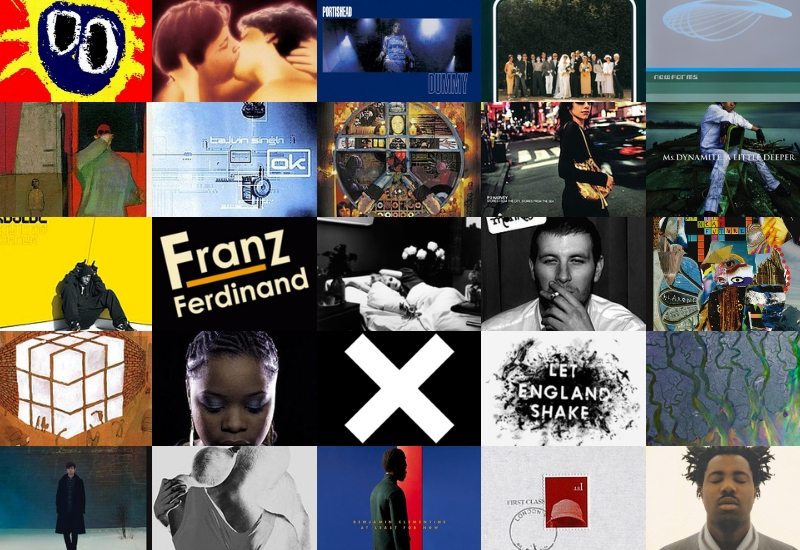 The Mercury Prize, erstwhile known as and still commonly referred to as the Mercury Music Prize, has enjoyed a somewhat chequered reputation over its 26-year existence. Set up in 1992 by the British Phonographic Industry and British Association of Record Dealers as an alternative to the populism of the BRIT Awards, the Mercury Prize is open to British and Irish artists dealing in any genre from pop and rock to rap and jazz (except metal, controversially). 12 albums are nominated from hundreds of eligible records put forward by their labels (for a free, a problem for independents in the age of streaming and razor-thin profits), and a panel of judges selects the winner.

Nobody can ever tell what the massive panel of judges will come up with, or what will inform their eventual choice. More so in the past than now, the Mercury Prize could have a star-making effect, genuinely launching an artist to national prominence and chart stardom. Elbow were such beneficiaries in 2008, with their fourth album The Seldom Seen Kid establishing them as household names following their win.

When it’s at its best, the Mercury Prize acts as a public service – providing a platform for previously underground or word-of-mouth artists and bringing them to the attention of the country at large. Think Roni Size in 1997, Dizzee Rascal in 2003, Antony & The Johnsons in 2005 or The xx in 2010. In recent years, however, their tendency to lean heavily towards the category lazily defined as ‘urban’ – basically, black singers and rap artists – has led many to accuse the panel of being ‘edgy’ for the sake of it.

Sometimes, the judges go for the screamingly obvious choice, the populist frontrunner, such as Suede in 1993, Franz Ferdinand in 2004 or Arctic Monkeys in 2006. However, they’re equally as likely to go for the ‘excuse me, what?’ choice way out of leftfield – such as Talvin Singh in 1999 or Speech Debelle in 2009. Oh, and there’s always a token jazz nomination every year, which never wins.

The 2018 shortlist attracted some of the most vociferous criticism in recent memory, with established big names from major labels like Florence + The Machine, Lily Allen and even Noel Gallagher’s High Flying Birds dominating a list that’s terribly short on independent records and debuts. Within hours of its announcement in late July, social media users had come up with entirely different and vastly superior lists of artists who had been overlooked – Gwenno, Let’s Eat Grandma, Goat Girl and Sophie, to name just a few. Indeed, this lack of independent focus is a malaise that many believe goes back to the previously independent company that ran the Mercury Prize being bought out by the BPI in 2015, because of that inexorable factor – lack of finance.

For this article, however, we look back at the history of the Mercury Prize, ranking all 27 albums that have won from 1992 to 2018 from worst to best. Each individual album’s quality is the primary factor, but also we tried to judge how much each winner deserved their prize.

Check out the full list after the jump, and enjoy our Mercury Prize playlist over at Spotify!