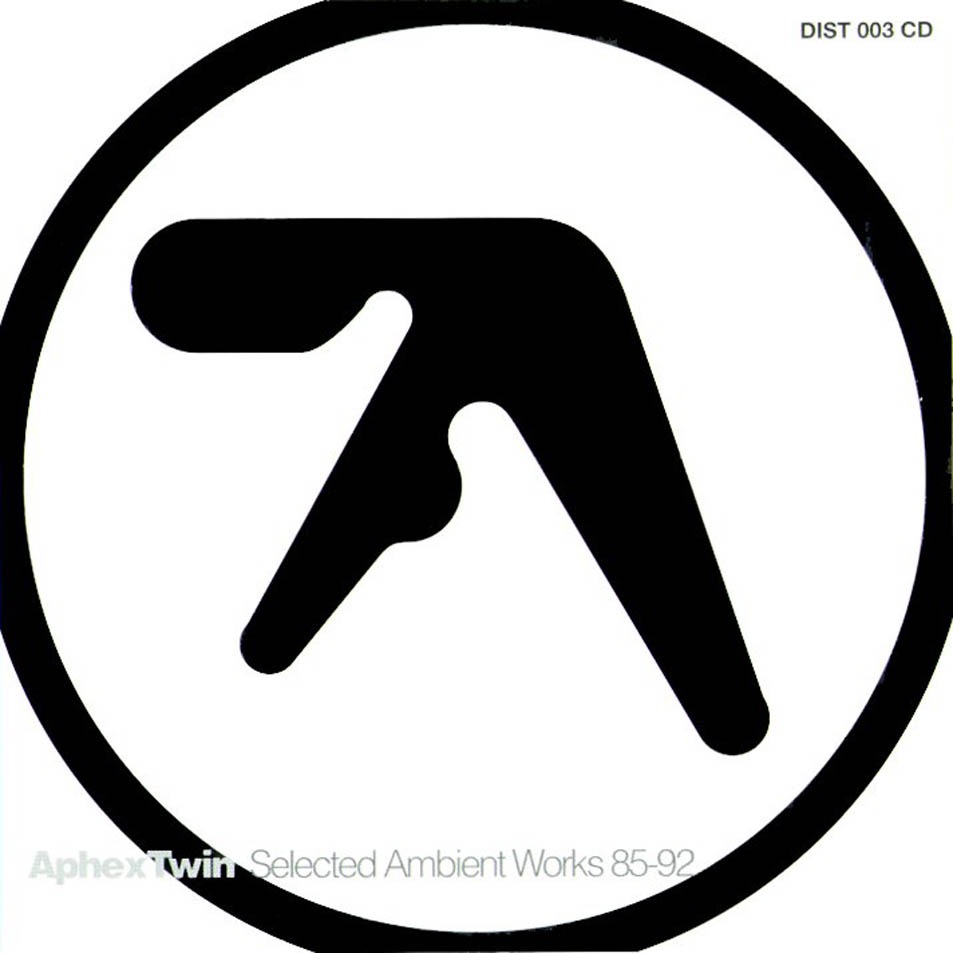 Richard D. James, the reclusive electronic pioneer who has recorded under many aliases but most famously as Aphex Twin, is one of those hardened, eccentric personalities who could only have come from Britain. Famous for his distorted, beat-driven instrumental soundscapes that have helped shape the development of the genre known as IDM (‘Intelligent Dance Music’), James’ groundbreaking body of work is also characterised by a peculiar and subversive sense of humour that places him in a long and proud lineage of quintessentially British artists.

2017 marks the 25th anniversary of his first full-length release under his Aphex moniker, Selected Ambient Works 85-92. Compared to some of his later albums, with brain-bending bpms and scattergun whirlwinds of beats, with epoch-defining singles like ‘Come To Daddy’ and ‘Windowlicker’ (and their infamous music videos…), his 1992 debut offering seems rather tame on first appearances. Simple, ambient soundscapes and gentle, stumbling beats are the order of the day.

A combination of a lack of money and equipment, something imposed on him by growing up in mid-‘80s Cornwall, and a natural curiosity for engineering and sound he was able to explore at secondary school, James took to experimenting with and customising his own equipment through a process of trial and error. Disfigured synthesisers, customised samplers and sequencers, and old-fashioned analogue equipment repurposed and given a new lease of life, were his creations. This led to all kinds of strange, wonderful and unique sounds being produced, which James was careful to record and catalogue on libraries of DATs in case the equipment itself broke down, which it frequently did.

Soon, he had a vast range of totally original sounds and possibilities at his fingertips, and his reputation as a techno DJ burgeoned as he studied for a National Diploma in engineering from 1988 to 1990. He then moved to London in 1991 to pursue an electronics course at Kingston Polytechnic, he spent most of his time living in an unoccupied bank near Elephant & Castle (he didn’t actually live on the roundabout there, contrary to myth…) and focussing on his music. That same year, a flurry of EPs were released under various pseudonyms, the Analogue Bubblebath EPs issued as AFX being the most warmly regarded. Hard techno releases under the name Caustic Window followed, as well as his foundation of the legendary Rephlex label.

His breakthrough track ‘Digeridoo’ had broken a generally accepted ‘speed barrier’ for dance music of 150bpm, while still keeping his punters on the dancefloor. Selected Ambient Works 85-92, however, offered a very different kind of experience. While the building blocks of his sound came from early house and techno music, with which ravers and the public had been familiar for quite a few years by 1992, what was wholly and shockingly original was the direction James took it in. Creating music virtually entirely from sounds that he had made himself with his improvised equipment (a Casio FZ10 with customised filters was utilised on 80% of the tracks), and mastering almost all of it on just a standard tape in a hi-fi cassette deck, SAW85-92 has an endearing homemade quality that gave it its emotional resonance.

“I’m surprised the ambient stuff came out as well as it did. Someone phoned up to ask how we got the quality so good; I thought ‘What are they talking about? It’s shit!’” he told Future Music in a 1993 interview looking back on the album’s impact. But the fans were right: while the unmistakable background hiss that comes with such lo-fi recordings is detectable, if you listen to SAW85-92 in the dead of night, or on headphones, its gentle ethereal nature is revealed to you. The sound is sparse, the percussion muted and soft, the synth lines simple yet haunted, giving everything an eerie, otherworldly feel that appealed massively to hedonists on comedowns.

Opening track ‘Xtal’ is simply aural perfection, overlaying the formula with ghostly, disconnected female vocalising. On a personal level, I first encountered this track via a YouTube video which set the music to footage shot from a handheld camera in the passenger seat of a car as it drove around the deserted, sodium-lit streets of north London in the dead of night. It was extraordinarily affecting in a way that remains totally undefinable to me, and shows that sometimes the strangest music can be enjoyed by anybody as long as the context is correct for the individual listener.

‘Ptolemy’ boasts a booming, complex rhythm, while ‘Heliosphan’s keyboard hook is the closest thing to a conventional melody. ‘Ageispolis’ and ‘We Are The Music Makers’ both feature addictive, bleeping synth lines and almost hip-hop-esque beats. James’ real genius is to take something seemingly mundane and make it interesting, such as on the fidgety ‘Schottkey 7th Path’ and tightly-wound, anxious-sounding ‘Hedphelym’ with its anodyne house beat. The important thing is that the tracks on SAW85-92 provoke emotional responses from the listener. The individual tracks themselves are slight variations on a consistent template, making SAW85-92 a coherent whole that demands to be listened to in order.

Pretty quickly, through word of mouth, James was inundated with major label contract bids, and offers to do remix and production work for some of the biggest artists about. Though he didn’t even have a Top 40 single to his name, James was able to call the shots and protect his reputation, engaging with the outside world on his own terms while his stature grew in his prolonged periods of absence. His discography is littered with memorable highlights: but 25 years later, Selected Ambient Works 85-92 is rightly regarded as one of the finest achievements in British dance music history, as well as one of the most distinctive visions for what electronic music could sound like, and the kind of journey on which it could take a listener.

It’s also, by some considerable distance, the most accessible Aphex Twin album for a new listener to begin exploring his catalogue. 1994’s astonishing Selected Ambient Works Vol.II wasn’t really the thematic follow-up that its title suggested, almost entirely lacking in percussion and lasting nearly three hours; and after that, James quickly left analogue sounds behind and embarked on the ‘digital’ phase of his career. 1996’s Richard D. James Album and 2001’s drukqs were the highlights, before a long period of silence eventually led to 2014’s Syro, marking Aphex’s hopefully permanent comeback.

The general effect of Aphex Twin’s music on British dance music is specific and obvious – virtually any artist tagged with the ‘IDM’ label owes a material debt to his pioneering work throughout the ‘90s. But in terms of Selected Ambient Works 85-92 by itself, the influence is slightly different. One can hear its echoes in the spacious, twilit ambience of The xx’s 2009 self-titled debut, which had a seismic effect on British indie nearly two decades on.

More immediately, SAW85-92 informed the sound of fellow analogue enthusiasts Boards Of Canada, whose beautiful 1998 album Music Has The Right To Children arguably surpassed James’ own achievements. Radiohead’s post-‘90s output, particularly Kid A and Amnesiac, also saw them embrace James’ leftfield vision for electronica and enmesh it with their own art-rock sound. Essentially, anybody who has sought to use electronic music to journey inwards, to stimulate the mind (as opposed to the outright hedonism of normal dance music that’s aimed at the feet), has tipped their cap to Selected Ambient Works 85-92.

Listen to Selected Ambient Works 85-92 here via Spotify, and tell us what you think below!