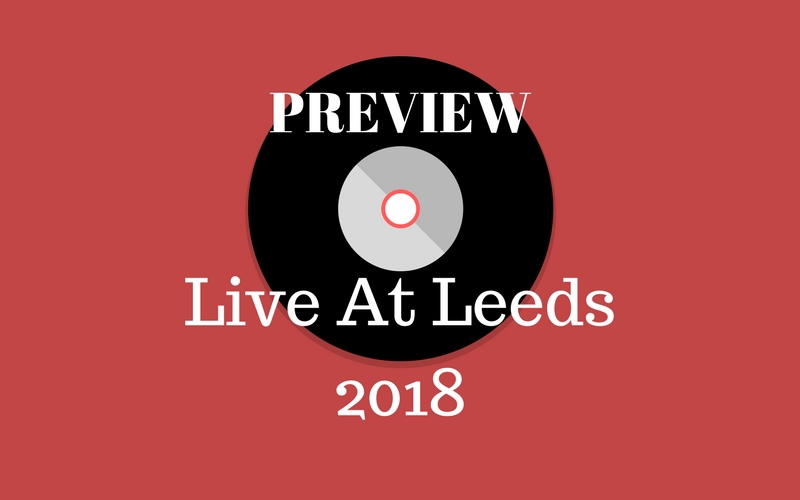 The time is nearly upon us once again for Live At Leeds, the city-wide musical extravaganza held on Saturday May 5th 2018, the first bank holiday weekend in May. Named in honour of The Who’s seminal live album of the same name, recorded in the unlikely environment of what is now the Leeds University Union’s Refectory, for the past 11 years Live At Leeds has dedicated itself to showcasing the best up-and-coming acts in the British music scene and beyond.

Chart-slaying titans such as Sam Smith, Ed Sheeran, Mumford & Sons and Disclosure have all graced the event in the past, meaning that it consistently offers punters the chance to catch the Next Big Thing in an intimate setting. On the more indie side of things, Bombay Bicycle Club, Wild Beasts, Royal Blood, Courtney Barnett, The Maccabees, Hurts, Jake Bugg, The 1975 and Alt-J have all played Live At Leeds on their way to becoming Big Deals.

In 2018, Live At Leeds is taking place across a huge 19 stages scattered around Leeds city centre and into Hyde Park and Headingley. All the usual suspects will be hosting gigs, from the Brudenell Social Club and Wardrobe to Headrow House and Belgrave Music Hall and the two main Universities. The wonderful Hyde Park Book Club also joins the ranks of new venues participating.

Live At Leeds is also being graced with the presence of a BBC Introducing… stage, at Call Lane’s cosy dive bar Oporto. Acoustic artists will be performing at the tiny Northern Guitars just down the road from there, and there will even be a small stage slap bang in the middle of Trinity shopping centre.

A cursory look at the line-up seems to suggest that Live At Leeds 2018 is more guitar-orientated than previous editions. There doesn’t appear to be a major pop tentpole act like Rag ‘N’ Bone Man provided last year, or Rudimental and Clean Bandit in years gone by. However, what the bill does offer is an absolute galaxy of choice for the indie fan as The Vaccines, promoting their fourth album Combat Sports, top the bill, with established acts like Circa Waves and Peace also standing out on the schedule, as well as Leeds’ own Pulled Apart By Horses. Britpop heroes Ash and Noughties cult figures British Sea Power are also playing, to intrigue the taste buds of the older fan.

In terms of newer acts, there’s the likes of Superorganism, who unleashed their brilliant self-titled debut album a few months ago, as well as the much-hyped Cabbage and the seriously wonderful The Magic Gang. Nadine Shah has been around for a while, but her breakthrough to wider resonance came with last year’s Holiday Destination album and is well worth catching!

A more in-depth guide on what new bands to see at Live At Leeds will appear here soon!

When it comes to the actual day, it’s sadly impossible to see everything you want to, so the best way to do s. Navigating your way through a city of 10,000 music fans, as well as bank holiday visitors and shoppers on a Saturday afternoon, can be tricky, but a judgmental use of taxis can get you to Headingley and back. Knowing where and when to queue to avoid bottlenecks makes the day easier and less stressful. If you really want to watch something you know is going to be popular, get to that venue and watch the band before to make sure you’re in the action. Download the official Live At Leeds map, follow the festival’s Twitter account for live updates, and plan your day in advance – trust us, you’ll get more done and spend less time arguing with your friends!

Tickets for Live At Leeds 2018 can be bought here!