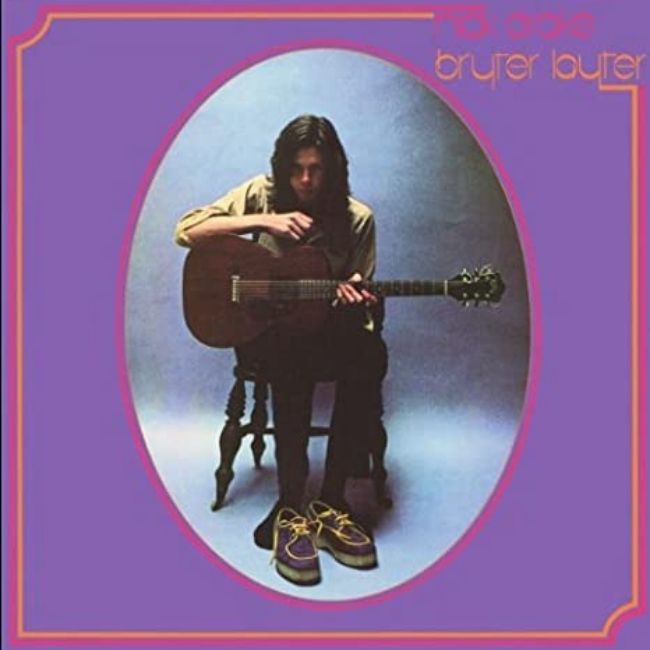 Sandwiched between the perfect poise of his debut Five Leaves Left and the bereft, spartan swansong of Pink Moon, Nick Drake’s second LP Bryter Layter is somewhat at odds with his reputation and legacy. Drake is perhaps the dictionary definition of a talent who was unappreciated in his own lifetime, a painfully shy and introverted man who died a tragically lonely death stricken with depression at the age of just 26, his musical output brutally ignored. But Bryter Layter, released in early 1971, seems to be an upbeat rejoinder to that solemn impression. If you listened to it for the first time, with no idea as to what Nick Drake’s other albums sounded like, you’d struggle to understand that narrative.

Disappointed at the reception that greeted Five Leaves Left after its release in the summer of 1969, Drake began to skip radio sessions and interviews in promotion of his debut to focus on his next move. Increasingly relying on marijuana to cope with life, he re-entered the studio with producer Joe Boyd once again by his side, conceiving his new music as something more upbeat, urbane and city-bound in comparison to the pastoral, more straightforwardly English folk of his debut. Where Five Leaves Later was spiritually set in the dorms of his university in Cambridge, Bryter Layter was a London album.

There’s a uniquely English restraint to Drake’s performances, one that sometimes seems to work at cross-purposes to the generally upbeat countenance of the songs, particularly on the album’s first half. You can hear this on Bryter Layter’s first proper song, ‘Hazey Jane II’, a sullen brass-bound beauty that sees a withdrawn Drake looking out at a bustling world around him, one that holds little attraction for him (“When the world it gets so crowded that you can’t look out the window in the morning”). The preoccupation with the same aesthetics as the Romantic poets was still there, but now adorned much more intricately.

As it goes on, there aren’t many indications as to Nick Drake’s deteriorating mental state on Bryter Layter. The beautiful, resigned weariness of his vocal delivery on ‘One Of These Things First’ and the ever-so-slightly unsettling feel of ‘Fly’, recalling the Stones’ psychedelic era with its baroque sound are the only revealing moments in this direction. Indeed, ‘Poor Boy’ seems to find Drake poking fun at himself, underscored by the jazzy piano explorations and the soulful female backing singer who muscles in on the crowded mix.

Instead, Bryter Layter tends to give us ornate beauties such as ‘At The Chime Of A City Clock’, which is beautifully orchestrated as well as featuring cool, deft details of jazz. There’s also the reprise of ‘Hazey Jane’ that closes side one, more torpid and weather-beaten than the other version. In these moments, Drake seems detached in the same way as the poetry of Keats, letting go of his ego and losing himself of the mystery of the world around him. You can hear that similarity in the lyrics of the ethereal ‘Northern Sky’ (“I never knew magic crazy as this / I never saw moons knew the meaning of the sea”), surely one of the most perfect descriptions of the sensation of new love in the English lexicon. Cale’s arrangement does what Robert Kirby’s normal method would perhaps failed to do, providing a backdrop rich with detail but never tipping over into being too florid. What makes the song so haunting is Drake’s delivery, optimism balancing delicately with anxiety, asking questions like “will you love me through the winter? / will you love me ‘til I’m dead”, hoping but far from certain that his prayers will be answered.

That dynamic feels like an apt metaphor for Nick Drake’s career by this point. By all accounts, he and producer Joe Boyd felt certain that ‘Northern Sky’ would, at long last, present him with a platform to achieve commercial success and recognition. “I think he felt that this was going to be the one,” Robert Kirby said years later, a statement of tragic poignancy. Bafflingly, considering they had backed Drake and Boyd to the point of getting in such an impressive backing cast of musicians, Island chose not to release ‘Northern Sky’ as a single despite its clear potential. Yet again, Bryter Layter wasn’t properly promoted upon release, and just like Five Leaves Left, it passed almost completely unnoticed outside of dedicated folk circles.

What happened next has been told on many occasions. Nick Drake was destroyed by its failure, retreating even further into himself. It undeniably informed the tone of Pink Moon, released in 1972 and what would become his final album. Stark and bare, with just Drake and his acoustic guitar and a single overdub in the entire record, it couldn’t possibly have been more different to Bryter Layter, the sound of utter dejection. According to popular myth, a dishevelled Drake dropped off the master tapes for the album at Island’s HQ in a paper bag and left without speaking to anyone. Around a year later, he had died, from an overdose of barbiturates that may have been accidental or deliberate – a sad end to a sad story.

So, while Bryter Layter seems to be the odd one out in terms of Nick Drake’s profile – its disposition is directly at odds with Drake’s personal insecurities – it represents a risk being taken with a sense of cautious optimism. Its sound has also influenced countless artists subsequently who’ve been operating even with only one foot in folk music on both sides of the Atlantic, particularly the later career of Belle & Sebastian and the symphonic indie-pop of Grizzly Bear but also stadium-filling bands from R.E.M. to Coldplay.

Listen to Bryter Layter by Nick Drake here via Spotify, and tell us what you think below!