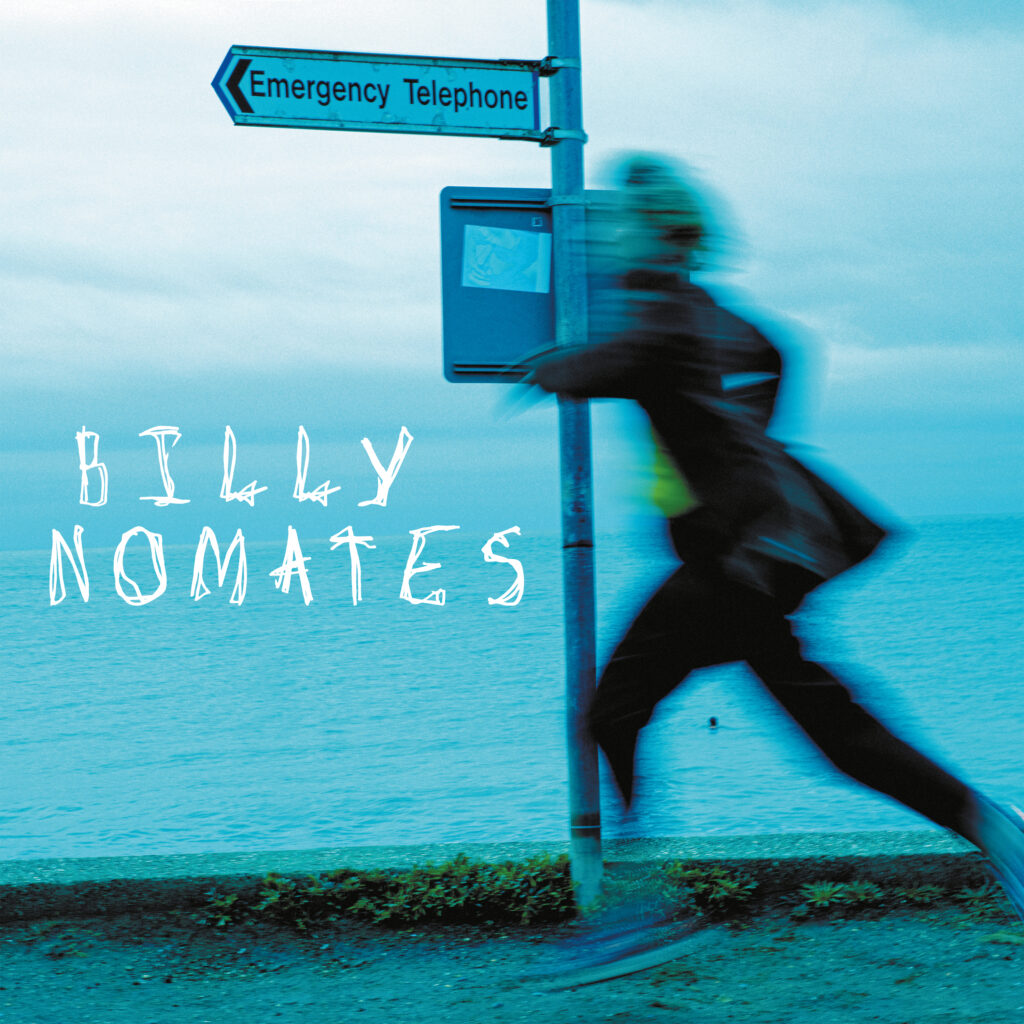 Urgent yet surprisingly heartfelt, ‘Emergency Telephone’ sees Billy Nomates expand her artistic credentials and establish herself as one of the most compelling new voices in post-punk today.

For Tor Maries, the Leicestershire punk behind the stage persona Billy Nomates, 2020 represented a huge leap forward amongst turbulent times. The release of her acclaimed self-titled debut album in August was followed by a feature on the excellent Sleaford Mods’ single ‘Mork N Mindy’, which brought her to the attention of a far wider and more receptive audience. Despite the lack of live shows to further this momentum, Maries has kick-started 2021 where she left off with the release of Emergency Telephone – an EP that has progressed her sound in impressive fashion over the course of just five new tracks.

Title track ‘Emergency Telephone’ and ‘Heels’ are akin to the type of post-punk bangers that were present on her debut LP last year. The latter is more overtly political in its lyricism as Maries asserts herself against gender normativity; “I do not do heels / Oh, and the climate ain’t right”. The stomping synths and occasionally whirring sirens supplement her bold songwriting and result in a powerfully unrestrained statement of a track. ‘Emergency Telephone’, on the other hand, begins with a menacing bass groove which builds underneath swelling synths before the introduction of a drum and bass breakbeat for the chorus. Maries use of this instrumental palette, if a little surprising, effectively adds to the claustrophobic yet also melancholic atmosphere of the song.

Despite its brief 17-minute runtime, Emergency Telephone builds a vivid world around itself through the continual use of sound effects, from rainfall to car exhausts, which operate as complementary motifs to the lyrical content of each song. This feature of the EP is encapsulated by the interlude track which eerily pairs Maires’ soft vocals; “How did we end up here?”, with a persistent stream of notification rings, pings and dial tones. The cumulative effect leaves her sounding trapped in a cycle of endless, futile smartphone interaction. It’s a powerful listen and succinctly sums up the warning message of Emergency Telephone overall.

On the softer side of things, closer ‘Petrol Fumes’ sees Maries singing in a gentler tone but sounding no less captivating than on the higher energy tracks. A song of this nature feels like a notable and deliberate expansion of her sound that feels in no way forced. In fact, the messaging of the song ends on an optimistic note that flies in the face of the growing pressures detailed to this point on the EP. Maries croons “I believe in you / You’re my petrol fumes”, a beautifully sincere metaphor that represents the sustaining force keeping her sane in the midst of all the technological angst expressed on previous tracks.

Perhaps the highpoint of this collection of tracks comes when the urgency and tenderness of Maries’ song writing is combined on ‘Right Behind You’. Despite being the most instrumentally conventional track on Emergency Telephone, it prospers from the fusion of driving bass that feels purposeful, and a moving vocal performance that delivers the song’s repetitive lines in an increasingly emotive manner. Here the two halves of Tor Maries – fervent yet vulnerable – are laid bare and coalesce into a strikingly genuine expression of herself as a whole. The contrast in this combination is at the heart of what makes Billy Nomates’ latest project such an enthralling artistic progression. (8/10) (Joss Lambert)

Listen to Emergency Telephone EP by Billy Nomates here via Spotify, and tell us what you think below!