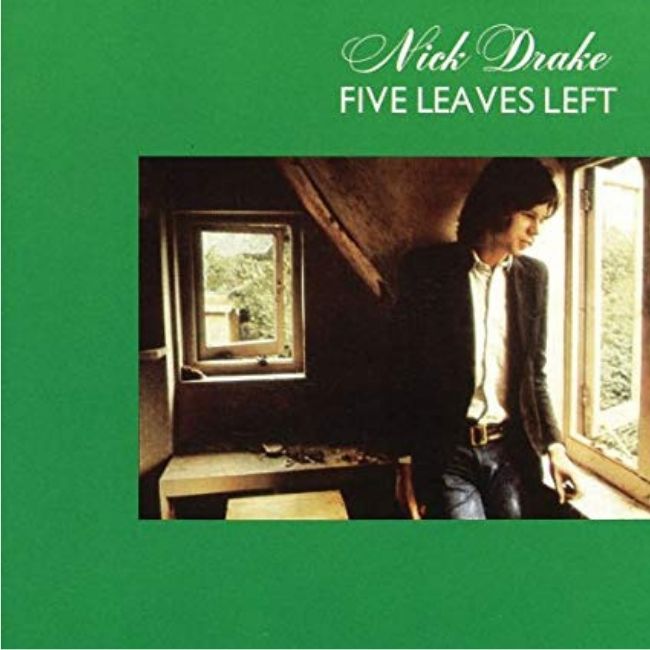 In contrast to the mythologising that often surrounds rock star deaths, the story of Nick Drake is not a remotely glamorous one. Instead, it is a story of desolation, obscurity and deep sadness. When he died in late 1974, his personal life had been marred by loneliness, depression and frustration, and his professional career had not been much better. His three studio albums critically ignored and not even given a second look by the public at large. Stricken with stage-fright, Drake’s lack of performance artistry meant he could rarely promote his songs in any conventional way. His few concerts were frequently shambolic, but weren’t even leavened with any comic aspects. People talked loudly throughout his concerts, and ignored him and the talent that was trying, unsuccessfully, to fight its way through Drake’s painfully introverted presence.

Ever since his tragic and lonely death at the age of just 26, the epithet often attached to posthumously appreciated talents of ‘ignored in his lifetime’ seems tailor-made for Nick Drake. A modest box-set re-issue in 1979 triggered a revision of his work, and very slowly, he began to acquire a status as a cult hero, as a kind of ‘musician’s musician’ as the likes of Robert Smith and Peter Buck proclaimed Drake as an influence in their work. Since his music finally got some exposure in the early Noughties, with the use of his track ‘Pink Moon’ on an advert, the music industry has been playing catch-up, trying to market and cash in on Drake’s legacy by repackaging the same tiny body of work, constituting 31 songs from his studio albums and barely over two-dozen more off-cuts and demos, to the public at large who’ve been discovering the late singer in ever-greater numbers since.

In 2019, fifty years after the release of his debut album Five Leaves Left, Nick Drake’s visibility and reputation are as high as they’ve ever been. In contrast to his mythology as a tortured, unappreciated genius, when he began to record that debut LP in the summer of 1968 at West London’s lavish Sound Techniques studio, Drake’s stardom must have seemed like a sure thing to his backers at Island Records, where he was being talked up as the next big thing in an English folk scene spearheaded by Fairport Convention and Pentangle, whose respective musical maestros Richard and Danny Thompson (unrelated) were brought in as backing musicians for the album.

A keen student of literature, having read English Literature at Cambridge University, Drake’s lyrics are evocative yet cryptic enough to withstand almost endless analysis. Inspired chiefly by a childhood of English Romantic poets, the likes of Blake, Yeats and Vaughan in particular, the lyrical and musical themes on his 1969 debut album Five Leaves Left are instantly timeless and transportive. Fascination with human behaviour and interaction is one core theme, but his observations haven’t yet been steeped in the hopeless alienation that would characterise Drake’s later work.

Quite aside from the breathtaking and consistently excellent quality of Drake’s songwriting at the age of just 20, on top of Joe Boyd’s generous production and the virtuoso musicianship from the aforementioned Thompsons as his backing, what’s most striking about Five Leaves Left is how clear and visionary it is. Although every single note is almost obsessively arranged and rehearsed, it never feels like a museum piece – instead, it’s a living, breathing musical document, as relevant today as it was back then, and one that just as accurately reflects the late Sixties as Sgt. Pepper’s or Tommy. Instead of the sunshine and love of the California hippy vision, Five Leaves Left was something more debonair and English. Although Boyd’s production was warm, Drake’s songs and delivery were pastoral and melancholic, like the cool shade of a tree on a blazing summer afternoon. His carefully picked and strummed acoustic guitar rings out with crystalline beauty, tying together the album’s (slightly) more upbeat moments with its baleful ones.

The clean, stern string arrangements on the stunning ‘Way To Blue’, its bittersweet atmosphere underscored by the shifting minor-major key shifts, were the result of Nick Drake’s insistence on getting his schoolfriend Robert Kirby to score the strings for it, against the advice of Boyd and the label. It’s minor, but it does show that Nick Drake wasn’t always an introverted, self-questioning soul, and in artistic terms was capable of getting his vision across with assurance.

“So I’ll leave the ways that are making me be / What I really don’t want to be,” he sings in his floaty, peculiarly English baritone on the lush opening track ‘Time Has Told Me’, a gorgeous moment that speaks to a quiet optimism, a mood that ended up being all too rare in Drake’s writing. The fantasia of ‘The Thoughts Of Mary Jane’, with its (incredibly) uncredited flute-playing adorning a wistful melody. and evaporates like a daydream. The spectral ‘Fruit Tree’ could almost pass for a McCartney-esque rumination on existence (“Life is but a memory / Happened long ago / Theatre full of sadness / For a long forgotten show”), and the galloping piano of ‘Man In A Shed’ chases Drake’s guitar around the mix in an upbeat moment that breaks the pace.

These moments are all brilliantly reflective of the British folk scene at the time, but Five Leaves Left also drifts in to darker and less musically conventional territory for the genre. Take the weary, questioning lyrics of ‘River Man’, for instance, Drake making allusions to concepts about actions and consequences. That mood is ruminative and mysterious, but tracks like the bare-boned ‘Day Is Done’ are much starker, reading like a heartbreaking essay on negativity and the futility of effort (“When the game’s been fought / You sped the ball across the court / Lost much sooner than you would have thought”). On the beguiling ‘Three Hours’ and the hidden gem of ‘Cello Song’, Drake and his musicians explore quasi-Eastern sounds that pitch his music halfway between folk and psychedelia.

Although it failed to register any kind of commercial impact, Drake’s backers at Island felt it logical to carry on in the same vein as Five Leaves Left. He and Boyd went all-out for his second album Bryter Layter, released in 1971 and festooned with a much more generous backing of organs, bass guitars, and choir and strings in places. Although it contained what many fans feel to be his finest song, the wistful and breathtakingly beautiful ‘Northern Sky’, Bryter Layter also flopped in terms of commercial performance, and, coupled with his mentor Joe Boyd moving to Los Angeles, Nick Drake began to enter a downward spiral of depression, defeat and withdrawal from which he would never properly recover.

Island neither wanted nor expected a third album, but the singer eventually approached the label to begin work on what would become Pink Moon, released in early 1972 and unquestionably one of the starkest and most stripped-back records in major label history. Laying bare Drake’s emotional struggles in unflinching terms, and consisting of just him and a guitar, it was a harrowing yet deeply moving listen. Curiously, Island’s boss Chris Blackwell – to whose secretary Drake handed over the master tapes by leaving them on her desk without saying a word, according to legend – felt the album could have crossover appeal, but the singer’s state of ravaged depression, having recently suffered a mental breakdown, rendered him clearly incapable of promoting Pink Moon in any kind of orthodox manner.

Two and a half years later, having endured some aborted sessions for a putative fourth album, Nick Drake was found dead in November 1974 at his parents’ home in Gloucestershire, from an overdose of antidepressants. It’s never been entirely agreed whether this had been deliberate or accidental – some friends and family describe Drake as having been comparatively upbeat and planning to move back to London a few weeks beforehand.

45 years on from his death, Nick Drake’s legacy and influence vastly outweighs any kind of recognition or sales figures that he ever saw in his lifetime. An enormous part of that legacy is bound up with Five Leaves Left, which still stands up as one of the most essential debut albums released in any genre. You can hear its strains in music ranging from rock acts like R.E.M. to singer-songwriters like Elliott Smith, Sufjan Stevens and Bon Iver. While it never found an audience in the late Sixties, Five Leaves Left now stands as one of the most timeless albums in British music history.

Listen to Five Leaves Left by Nick Drake here via Spotify, and tell us what you think below!