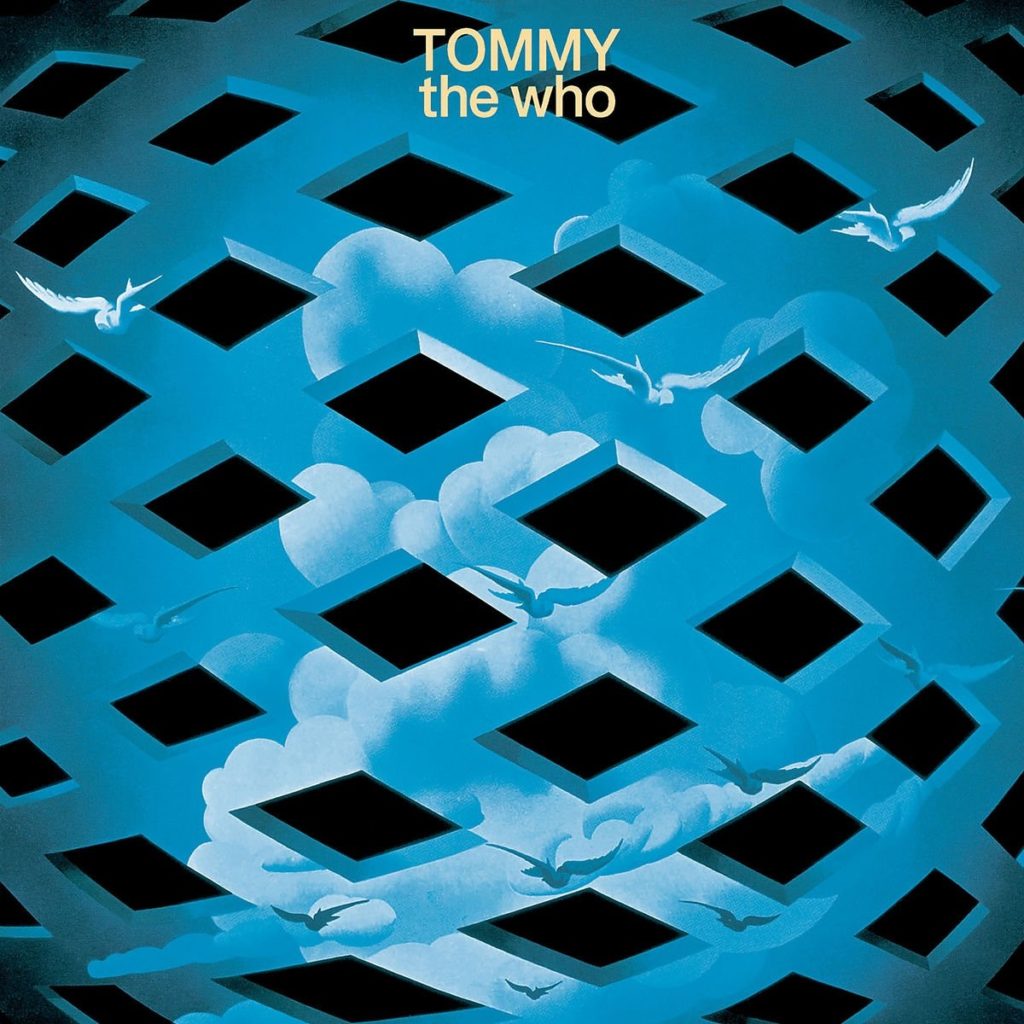 The ‘rock opera’ has had a chequered history as it has evolved in the half-century since the archetype was established in 1969. Like its close cousin the Concept Album, it’s an extremely difficult things to get right without tipping over into ridiculous bombast. In large part, the idea of the ‘rock opera’ was established with the release of The Who’s fourth record Tommy in the early summer of 1969. The idea of a narrative thread running through a composition was not a new one, it must be emphasised – indeed, The Who had attempted something like Tommy before, with the final track of 1966’s A Quick One, which was a song suite in six parts. Furthermore, The Beatles’ Sgt. Pepper’s Lonely Hearts Club Band and The Pretty Things’ S.F. Sorrow had already raised the bar in terms of conceptual ambitions that could be applied to the long-playing record.

But Tommy represented another evolution altogether – for the first time, here was an original set of songs intended to tell a story from start to finish. It was also a shift away from the trends set by the Beatles and the Beach Boys – whereas their masterpieces were studio-bound and not intended to be performed live, The Who’s chief songwriter Pete Townshend wanted Tommy’s songs to be capable of being rendered in the flesh for paying audiences. Their star was beginning to wane by the end of 1968 – their recent single ‘Dogs’ had missed the UK Top 20 altogether, and they had realised their music needed a more significant vehicle than just hit singles.

Although it was greeted with some pretty breathtaking critical notices at the time, Tommy’s status in and of itself, and as a rock opera great, has gradually diminished as the years have gone by, its ambition exceeded and perfected by other great albums, not least by The Who themselves. Quadrophenia, for example, released four years later, works much more coherently as a narrative and as a set of rock songs. The film, starring future ‘Parklife’ star Phil Daniels and Ray Winstone, is vastly superior to boot, compared to the rather patchy Ken Russell film that was made from Tommy in 1975.

Tommy, by the standards we’re now familiar with from rock operas, does indeed feel naïve and more than a little self-indulgent in places. Listened back to in 2019, itstumbles because of its occasionally pretentious concept and some of the flimsier songs that functioned merely as expositional devices to advance the rather sketchy plot. Although a definitive narrative has never truly been agreed upon, Tommy essentially tells the story of a psychosomatically deaf, dumb and blind boy who becomes a messianic figure because of his freakish skills at pinball and who gains a cult-like religious following.

The main problem with Tommy, as with all but the very best rock operas, is that its songs only really make sense when played in sequence as part of the whole. If they weren’t deemed by their authors to be essential to the album’s narrative, it’s hard to see how narrative-moving tracks like ‘1921’ or ‘Smash The Mirror’ would fit. It’s also hard to argue that tracks as unnecessarily long as ‘Underture’ (despite its ambitious dynamics) or as frankly unpleasant as ‘Fiddle About’ would have made the cut on a regular studio album. If they were subjected to the scrutiny of a normal editorial eye, they would have been excluded. But then again, that’s exactly the point with rock operas and concept albums, for better or worse.

It also needs to be emphasised that the best bits of Tommy were career-bests for The Who at that point – the easy-going, mellifluous beat of ‘I’m Free’ and the sweeping closer ‘We’re Not Gonna Take It’ in particular. Addressing thorny subjects normally unsuited to pop like prostitution and statutory rape in ‘The Acid Queen’ paid off. Virtually everybody agreed that ‘Pinball Wizard’, the point at which Tommy begins his redemptive arc, was the highlight of the album. A piece of bombastic FM-rock powered along by Townshend’s furious strumming, it became a Top 20 hit in both the US and the UK, representing a significant uptick in commercial fortunes for the group.

In Roger Daltrey, Townshend had an absolutely perfect medium through which to express himself. The frontman’s presence as a vocalist and in driving the narrative makes Tommy hang together as well as it does. The fact that it centred around hard-rock arrangements made it accessible, but Daltrey’s expansive range from street-tough to sensitive painted in a lot of the detail for listeners who were comparatively turned off by many other late-Sixties high-concept releases.

Many have also argued that, although the internal logic of Tommy doesn’t really make sense even in fantasy, the album is a metaphor for Pete Townshend’s childhood and adolescence. Certain tracks at the start of the record, such as ‘1921’ and the fanfare of ‘Overture’ which speak of trauma that initiates Tommy’s loss of his senses, mirror the volatility that marred Townshend’s own parents’ marriage and caused them to briefly split when he was very young. It’s also possible to see certain songs as a commentary on the nature of rock stardom – the rise and decline of Tommy’s following starting with ‘Pinball Wizard’ and ending in the sturm-und-drang of closer ‘We’re Not Gonna Take It’ with its “see me / feel me” refrain – and also as Townshend’s evaluation and ultimate rejection of the influence of LSD and psychedelia in music and wider pop culture. This is despite him being said to have been inspired to write Tommy by the teachings of Indian spiritualist Meher Baba, and his emphasis on compassion and introspection. Tommy’s deafness, dumbness and blindness could also be a metaphor for the ‘see no evil / hear no evil’ of repressive societies. Whatever the real intention behind the album – and The Who have rarely been drawn on it – Tommy certainly lent itself to a number of interpretations.

Tommy’s importance is also relevant to The Who’s own story. After the comparative commercial disappointment of The Who Sell Out nearly 18 months before, the successful tour behind Tommy kept the band in the public eye while also clearing the significant debts they had accrued so far. A lot was at stake with such a big gamble, and in sales terms The Who succeeded handsomely. No longer were they just another beat combo with a few hit singles associated with the British Invasion. Spearheaded by the transatlantic success of ‘Pinball Wizard’, they were catapulted to the top table of international rock superstardom. To date, it’s sold over 20 million copies around the world.

Fifty years on, Tommy is flawed but nevertheless a milestone in the development of rock music. As one commentator has said, it’s a great example of an all-time classic to which you would not necessarily award full-marks. Imperfect as it is, Tommy was the start of a new archetype in rock music, at a time when experimentation and grandiosity could still be rewarded in mainstream music. Acts from Queen to Green Day have utilized the same model and arrived at stunning commercial success, and while the template they laid down was built upon, bettered and perfected by others, the symbolic significance of Tommy must be acknowledged.

Listen to Tommy by The Who here via Spotify, and tell us what you think below!