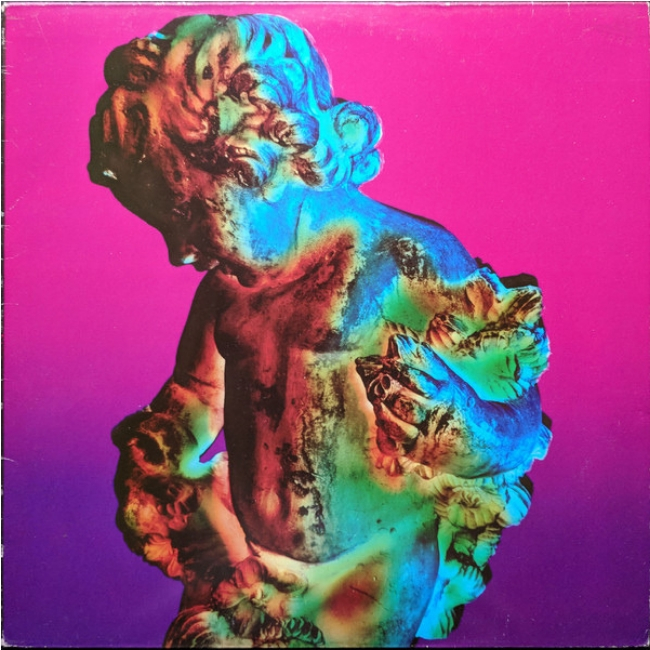 The story of New Order is perhaps the most heartening pop music underdog tale ever. Their fifth studio album Technique, released in early 1989, is the triumphant end to that story’s second act, crowning their decade-long evolution from the devastated remains of a post-punk group without a singer to making number one albums. Of course, they had already made an enormous contribution toward the sound of modern pop music with their 1983 mega-hit single ‘Blue Monday’, for which they are most famously known, but their catalogue from the Eighties demonstrated a natural affinity for the dancefloor-friendly 12” single format – think ‘Temptation’, ‘Bizarre Love Triangle’, ‘True Faith’, and so many more. This was something which allowed the shy and awkward Bernard Sumner to retreat out of the limelight of lead singer and let the actual music to take centre stage instead. But New Order’s run of albums from that decade are every bit as powerful and enjoyable as those bullet-proof singles, and Technique was the final (and arguably finest) instalment in that series.

Recorded slowly in the summer of 1988 during an extended visit to Ibiza, before the Mediterranean island became the raver’s summer holiday destination du jour the following decade, Technique is the sound of a group who are blending every influence and trick they’ve picked up and forging them into a tight, listener-friendly collection. Compare it to their nervy, tense 1981 debut album Movement and it’s almost totally unrecognisable – even Sumner’s painfully introspective vocals are now so much more confident. To make a totally unwanted Beatles comparison for a moment, Technique is New Order’s Revolver moment, the point at which they became a distinctly studio-based band making increasingly ambitious music that was not easy to replicate live. Indeed, the corresponding tour for Technique was plagued by associated technical difficulties that exacerbated New Order’s already famously hit-and-miss live performances, as well as increasing tensions within the group.

But the result of the band’s increased appetite for experimentation paid off on the record itself. Technique is a pretty much peerless blend of tried-and-tested rock and contemporary dance music, with Peter Hook’s distinctive bass lines underpinning the mixture and grounding the busy electronics with a rock demeanour. Lead single and opening track ‘Fine Time’ serves as something of a red herring for the rest of the album, cramming in as many ricocheting dance effects and mini-passages into four gloriously messy minutes as it can. Its follow-up single ‘Round & Round’ is a lot more controlled, disciplined and more effective at turning this same trick, a highlight even among an album of fantastic individual moments and flair. Third and final single ‘Run’ is of a totally different disposition, its vistas of drive-time guitar acting as a kind of ‘morning after the night before’ to the midnight euphoria of its predecessors.

But it doesn’t stop there, because there’s absolutely no filler or extraneous material of any sort on Technique. ‘All The Way’ is a stunning fusion of dance and high-tempo post-punk, replete with some faintingly gorgeous synths acting as a downbeat counterpoint to the luxurious, sunny surroundings (or, as an NME writer put it, “Joy Division lounging by the pool”). ‘Love Less’ evokes a Balearic sunset with its moody acoustic guitar riff, seeming to uncannily reflect the surroundings in which New Order were recording. Closing duo ‘Vanishing Point’ and ‘Dream Attack’ are shy and affecting rock structures given a modest electronic sheen, a great encapsulation of what New Order were trying to achieve.

Technique set the bar high, both for the band themselves and everybody who has tried to fuse dance and indie in the three decades since. Few have exceeded or even emulated it for sheer listenability: a lot of groups are able to make quality singles from these raw materials, but compelling full-length albums are few and far between. Indeed, it’s the ruthless precision and economy with which these tracks are executed – nine songs in under 36 minutes – that provides such pure and distilled joy, something that can’t be said about a great many dance records, even ones held in high regard.

Upon its release in January 1989, Technique entered the UK Albums Chart at number one, providing the ultimate mainstream validation for New Order, who had always fundamentally been a band of outsiders occasionally foraying into the mainstream and making crossover raids on the charts. It was also the solitary chart-topping album for the legendary Factory label. The success of the album led to New Order being commissioned to record the official anthem for England’s 1990 football World Cup campaign, ‘World In Motion’, featuring the legendary John Barnes rap. Technique was also one of a triptych of incredible albums from Manchester-based bands that captured the zeitgeist of the acid-house/rock crossover that was beginning to sweep Britain’s youth culture in 1989, along with The Stone Roses’ self-titled debut and Happy Mondays’ Bummed, placing them at the vanguard of the most revolutionary moment in British music since punk.

But for New Order themselves, the beautiful brightness and success of Technique could not properly repair the frayed relations between the band, particularly between Bernard Sumner and Peter Hook. They called a brief hiatus for the various members to pursue side-projects (the best of which was Electronic, Sumner’s hook-up with The Smiths’ Johnny Marr) before reconvening for 1993’s solid but unspectacular Republic. For many, Technique remains New Order’s zenith, displaying their prowess both as an alternative rock outfit for indie kids and as cutting-edge pioneers in crossover dance music. It’s their most consistently perfect moment from an entire decade of similarly wonderful albums and singles.

Listen to Technique by New Order here via Spotify, and tell us what you think below!