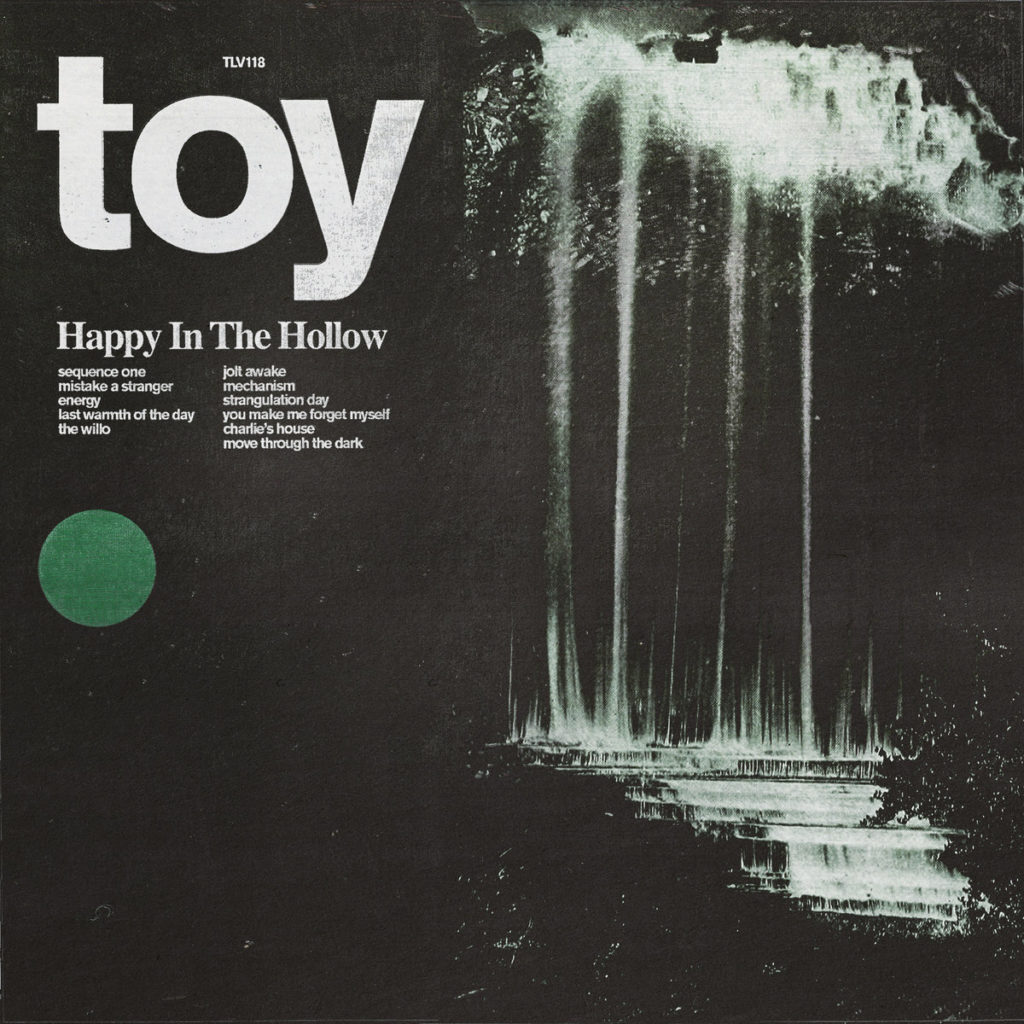 While it sacrifices many of Toy’s traditional strengths, ‘Happy In The Hollow’ at least signifies change for a band at risk of becoming stale.

Dealing in their impeccably observed mixture of shoegaze, krautrock and psychedelic post-punk for the best part of a decade, Toy have always been faithful to their influences without ever really projecting their own personality onto them. Indeed, the most interesting they’ve ever done was the short-lived Sexwitch project with Bat For Lashes’ Natasha Khan and producer Dan Carey four years ago, during a brief diversion from their regular output. Now, in 2019 and on their fourth effort Happy In The Hollow, Toy are looking to set off on a slightly different trajectory.

In comparison to previous albums, particularly 2016’s inconsistent Clear Shot that saw Toy trying to bed in replacement keyboardist Max Oscarnold, here the band begin to move away from the industrious, detailed prog-krautrock piledrivers that made their name to something gentler. On last year’s eight-minute single ‘The Willo’, included here, Toy’s Floydian/English psychedelic undertones were emphasised more explicitly than normal, and the same template of sparser production, more judged and less frenetic playing reigns supreme on much of Happy In The Hollow itself. However, it’s an approach that yields mixed results, ranging from very good to largely forgettable.

The cowboy-style country twang that worms its way into ‘Jolt Awake’ is a great new twist on their sound, while the gentle pulsing of ‘Mechanism’ and the pretty interlude ‘Charlie’s House’ are offerings that demonstrate the new direction in which Toy are trying to push things. Meanwhile, the bubbling, monochrome synths, motorik drums and guitar strokes of opener ‘Sequence One’ and the familiar breakneck post-punk of ‘Energy’ are absolutely classic examples of what Toy have always done best.

But there’s a problem thrown up by this changed-up approach. From the fourth track onwards, the spacious but fundamentally unengaging ‘Last Warmth Of The Day’, there’s not much to immediately engage the listener and the record begins to lose momentum. The aforementioned sprawl of ‘The Willo’ and the pallid monotony of ‘Strangulation Day’ and ‘You Make Me Forget Myself’ all come and go without having left much of an impression. While there’s plenty of superficial flourishes to bolster the music, but the fundamental structures they adorn are a bit too insubstantial and mellow. Even in this context, Tom Dougall’s drowsy, waif-like singing voice seem rather too spectral, largely unable to make itself heard in the mix.

Ultimately, Happy In The Hollow sacrifices too much of Toy’s traditional strengths to be particularly engaging, especially with so many similar-sounding songs in a row in the middle and end of the album, but at least it signifies a new direction of travel for a band that had been at risk of sounding stale. (6/10) (Ed Biggs)

Listen to Happy In The Hollow by Toy here via Spotify, and tell us what you think below!