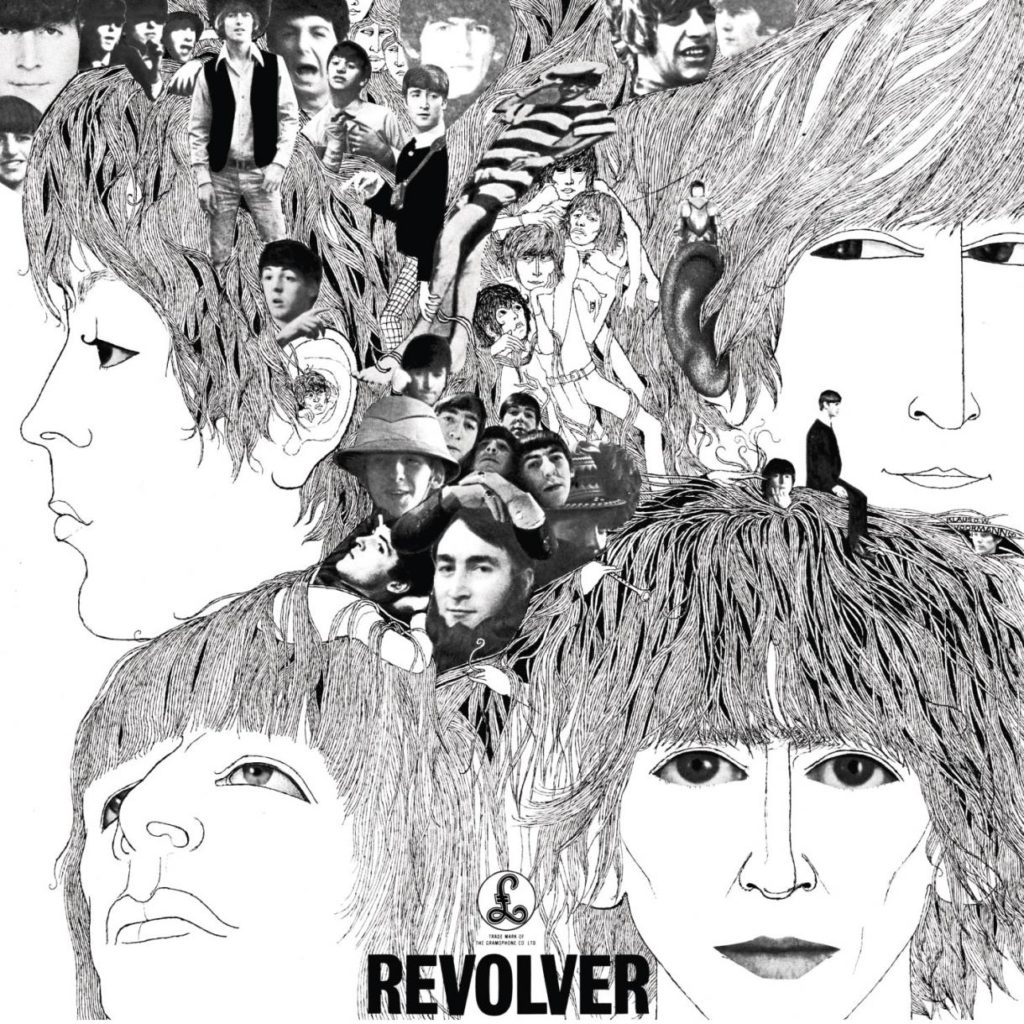 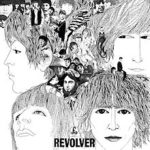 By the time 1966 rolled around, The Beatles had unquestionably re-asserted their primacy in British pop music as a creative force, in addition to their long-standing commercial triumphs which had never shown any sign of flagging. Rubber Soul, hot on the heels of Help! in 1965, had been one of pop’s greatest artistic achievements, and their relentless touring schedule had ground on in the face of exhaustion. But 18 months later, The Beatles had changed utterly, with the ground-breaking and iconic Sgt. Pepper’s Lonely Hearts Club Band changing preconceptions about what pop music could do, despite the band itself having retired from touring altogether. Revolver, their seventh album, explains how that transition happened.

In truth, their trajectory from stadium-filling pop sensations to full-time, studio-dwelling innovators was fully locked-on by the end of 1965 – in any event, they were now finding it incredibly hard to replicate their newer, more advanced material in the live arena – but everything about the new album communicated self-assurance and confidence about the direction in which they were hurtling. Right from the distinctive Klaus Voorman artwork to the lush, dense production values, Revolver pushed back the boundaries of pop. Along with Brian Wilson and the Beach Boys’ Pet Sounds, released in May the same year, 1966 was the point at which pop stopped just being the stuff of teenage dreams and began to reflect, and shape, the world in which it took place.

The other legacy of Revolver in terms of The Beatles’ own mythology is that it represented the point at which they were no longer acting in concert, but increasingly as individuals with their own agendas. Of course, this tendency would reach its peak on 1968’s ‘The White Album’, an artistic smorgasbord in which all four Beatles were virtually never together, but they started down that path with Revolver. Lennon and McCartney were no longer writing as a team, and George Harrison was becoming deeply unsatisfied with his perennial back-up role in the group and was exploring his own artistic voice with much more determination than before.

Critical to the development of Revolver was producer George Martin and the team of engineers at Abbey Road, who encouraged and worked with the Beatles in thinking about the studio as another instrument to be utilised in the mix, rather than just a locale. Martin had quit his post with EMI after they had refused to give him a raise, despite his extraordinarily profitable work with the band, and had formed his own company. This allowed him to effectively camp out in Abbey Road for as long as he and the band wanted. Tellingly, an incredible 300 hours of studio time was logged in the creation of Revolver, which was unheard of for a pop record in 1966 (compare it to the 13 hours it took to record Please Please Me only three years before!).

McCartney declared in early 1966: “I am sick of doing sounds that people can claim to have heard before”. This statement may as well have been a motto for what he, his bandmates and Abbey Road’s technicians did in the weeks it took to create Revolver, as they indulged their increasing interest in creating innovative soundscapes without the burden of worrying how to re-create them in a live setting.

You can hear that creativity coursing through their veins on Revolver’s 14 tracks, a 34:43 experience in which not a single second is wasted. So much has been written about the individual moments on Revolver that a track-by-track breakdown would be pointless. Instead, we shall focus on the contributions the individual Beatles brought to the table, and what they meant for their development and the band’s career.

For the first time, George Harrison was given the chance to open a Beatles album, leading with the political sneer ‘Taxman’ with its highly recognisable bass and guitar riffs and lyrics about Harold Wilson’s 95% supertax (“there’s one for you / nineteen for me”). His two other contributions stick to more philosophical territory, both inspired by LSD experimentation. The lush, verdant ‘Love You To’ a full exploration of Indian classical music after Rubber Soul’s sitar-flavoured ‘Norwegian Wood’, while ‘I Want To Tell You’. His role in the band was always as a supporting actor, but from this point on his contributions would increasingly be in the foreground, particularly in their final burst of camaraderie in 1969 with Abbey Road.

John Lennon, by this point, was growing increasingly dismissive of McCartney’s character-based songwriting and was beginning to journey inwards for inspiration, exploring his own mind and shutting out external sources of distraction with the help of his new girlfriend Yoko. His five songs on Revolver are the most sonically daring, in addition to the non-album track ‘Rain’, a B-side to ‘Paperback Writer’ from earlier in 1966 and which quickly became a fan favourite, and paint a portrait of an artist whose confidence in his own, distinctive voice is getting bigger all the time.

The exquisite drone-rock prototype ‘She Said She Said’, with its shifting time signatures, was inspired by the Tibetan Book of the Dead and a 1965 LSD-trip with The Byrds and actor Peter Fonda. The languorous, bugged-out psychedelia of ‘I’m Only Sleeping’, featuring backwards guitars, is in a similar vein, but was written in league with McCartney. The terrific guitar-duelling between McCartney and Harrison on ‘And Your Bird Can Sing’ is much more straight-headed by comparison, but its transcendent riffing and breakneck pace make it one of the most powerful pop moments in the Beatles’ catalogue. Slightly more obvious was the transparent drug-culture hymn ‘Doctor Robert’, whose slightly staggered rhythms made it a disorientating and satisfying listen.

Perhaps the greatest single innovation of all was the record’s astonishing closer, ‘Tomorrow Never Knows’. In the studio, Lennon, Martin and the engineers threw absolutely everything at it: tape loops and tape saturation; double tracking; reversed guitars, varied stereo panning; all of them techniques that had never been used on a pop record before and which often had to be created by modifying equipment on the spot. Very little else in the subsequent half-century of Western pop has sounded so startlingly original and immersive – indeed, in 2016, it still sounds modern – and it’s simply impossible to overstate how revolutionary it was in 1966. ‘Tomorrow Never Knows’ not only helped popularise the embryonic psych-rock movement, but the techniques used and the sounds they produced provided a rich source of inspiration for any forward-thinking artist ever since.

McCartney’s contributions, by comparison, have always seemed rather more conservative, but Revolver was a transitional album for him too. While Harrison and Lennon were expanding their minds with the use of drugs and philosophy, McCartney was exploring and deriving inspiration from classical music, plus the arrangements of his pop rivals such as Brian Wilson. At the same time, his eye for detail and subtlety in his songwriting was getting sharper, and it’s difficult to arrive at any other conclusion than that his five songs here rank among his best works.

Two are upbeat, brass-bound pop numbers: the bouncy, almost cartoon-like ‘Good Day Sunshine’ and the rip-roaring soul of ‘Got To Get You Into My Life’; while the three remaining ballads are among his most affecting. ‘Here, There And Everywhere’, taking a very obvious cue from The Beach Boys’ Pet Sounds released just a few months before, was performed with a tender, reverential hush, an acknowledgment of total humility in the face of the object of one’s true love. Quite possibly The Beatles’ finest love song, it was responsible for a lot of the critical praise Revolver initially drew. The funereal baroque atmosphere on ‘For No One’, over in two minutes, often gets forgotten in the context of the album’s seething creativity, but it’s hauntingly beautiful and was said to have been John Lennon’s favourite McCartney song – high praise indeed.

The best of his contributions is ‘Eleanor Rigby’, a desolate and mature short story set to music, is quietly understated but in many ways as revolutionary as anything Lennon composed for Revolver. The string section is impassive and allows McCartney to stand a suitable distance from his subjects, adding the correct gravitas to the story of the death of a lonely woman and the equally lonely Father MacKenzie who conducts the funeral service to which nobody comes. Again, it was so radically different to anything else in the singles chart at the time that it took The Beatles’ rivals several years to catch up.

A microcosm of Revolver’s significance can be heard in its solitary single, the aforementioned ‘Eleanor Rigby’ paired off with what seems like its polar opposite, the cheery ‘Yellow Submarine’, as a double A-side. Indeed, it’s always struck me as curious that a song as disposable and seemingly flippant as ‘Yellow Submarine’ can be housed on an album as hallowed as Revolver and it all making sense, but that was The Beatles’ unique power – they were nothing if not diverse. It was also the obligatory Ringo song on Revolver, and while it sticks out like a sore thumb in the context of the album, it has long since achieved pop immortality, and is arguably the most recognisable Western pop song from the last 50 years around the world.

Oddly, its reception at the time of its release on August 5th was comparatively muted, with many predicting it would prove to be divisive. Later that month, on August 29th 1966, The Beatles performed their last ever live gig for paying fans at San Francisco’s Candlestick Park. Tellingly, no songs from Revolver were included in the set list. The truth was that it was streets ahead of almost all of the competition in the pop world, and, quite quickly, Revolver became beloved, making more and more sense as The Beatles’ studio-bound career developed over the next few years and the rest of the world caught up with them.

Many Beatles fans regard it as their finest album, and in 1999 it was inducted into the Grammy Hall of Fame “to honour recordings of lasting qualitative or historical significance that are at least 25 years old”. Rolling Stone’s Rob Sheffield wrote in 2004 that Revolver represented the Fab Four “at the peak of their powers, competing with one another because nobody else could touch them.” However one regards Revolver in comparison to its more famous successor, the legendary Sgt. Pepper’s Lonely Hearts Club Band released in 1967, no-one can deny that its influence was completely revolutionary and has remained so for years.

You can listen to Revolver here via Spotify – tell us what you think below! Is it The Beatles’ best album?