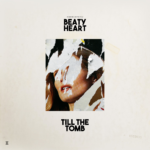 In a world where Drake’s ‘One Dance’ dominates the singles chart, Peckham four-piece Beaty Heart arrive with their second album and continue to question just what it takes to make pop that connects in 2016. Till The Tomb at times isn’t overtly pop, but nor does it qualify into any other genre: it inhabits the borderline between world, electronic and pop constantly and it when it works, it really works. Unfortunately, this doesn’t happen enough during an intriguing but occasionally flawed 39 minutes.

Till The Tomb deserves a lot of praise, it builds luscious textures to deliver one of the most well mixed and produced records of the year. Opening track ‘Flora’ features similar electronics to those of James Blake, but with a carnival sound (in tribute to Brazilian jazz singer Flora Purim) interwoven it sounds fresh and interesting, and introduces the record excellently.

‘Soft Like Clay’ is a disjointed (in the best way possible) piece of electro-pop that belongs to be mentioned in the same sentence as Jungle and Astronomyy, it oozes confidence in one of the records better moments. Meanwhile, ‘Slide To The Side’ is a minimalistic pop offering that evokes African percussion and a polished falsetto not too dissimilar to Vampire Weekend’s Ezra Koenig.

The record sometimes misses its mark, however, and in ‘Good Bunch’ the minimal vocal and percussion in the verses fails to work well with the contrasting pop of the chorus and the repetitive nature of the chorus of  “no sour grapes here / we’re a pretty good bunch” lacks the depth that Beaty Heart have shown they can deliver.

‘U Say’ is another example of when the pop goes wrong, it’s disjointed in fusing together jazz and pop with electronica. It is an interesting concoction, but after the initial intrigue of the track goes, all that is left is a hollow effort with no real substance.

Till The Tomb is a strange mix balance between boundary pushing and commerciality; by combining their interesting textures and percussion style with pop they have something with potential on their hands. But, for now, Beaty Heart will remain a case of ‘what could be?’, and that is a huge shame. (6/10)

Listen to Till The Tomb here via Spotify, and tell us what you think below!