An Introduction to Warp 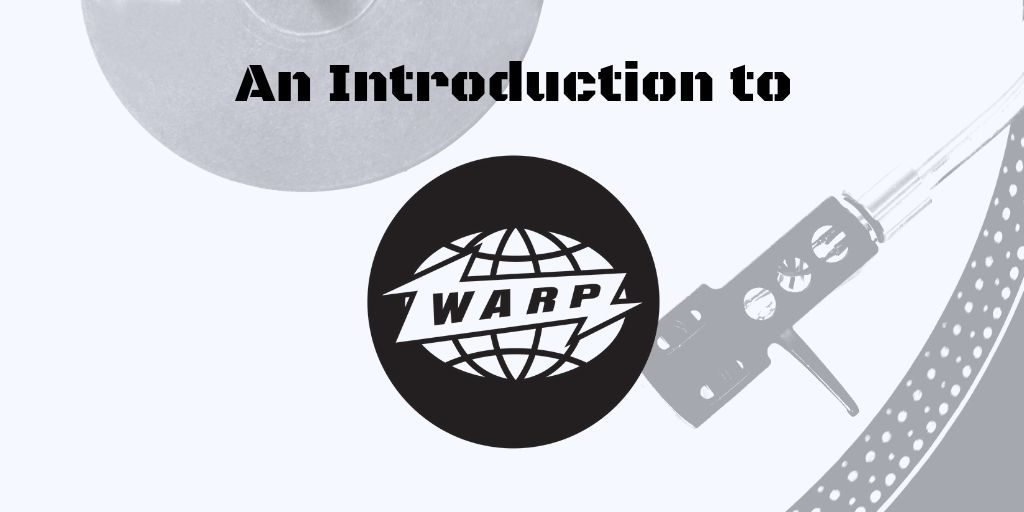 Time and place play a critical role in explaining the rise of Warp Records and how it achieved the kind of success that it did. Established in 1989 in Sheffield by record store workers Steve Beckett, Rob Mitchell and record producer Robert Gordon, the original mission statement for the Warp appeared to be to filter the kind of contemporary acid house/Detroit techno sounds that were dominating the underground scene through the Steel City’s own history of cutting-edge electronic pop (think Cabaret Voltaire, The Human League etc.). Manchester’s own nascent scene had produced a huge hit with A Guy Called Gerald’s seminal ‘Voodoo Ray’ the previous year, inspiring a number of small enclaves of empowered, DIY artists in other Northern cities.

But after a small clutch of very early successes – LFO’s self-titled hit selling 130,000 copies in the summer of 1990 being the biggest – Warp began to diversify quickly. With its name hinting at ideas of perversion and transgression, as well as an emphasis on vinyl, it became a home for many other kinds of artists, representing a beacon for those who wanted to push the boundaries of technology and performance. Artists ranging from the experimental hip-hop / jazz collisions of Flying Lotus and post-rockers Seefeel to the harmonic indie-pop of Grizzly Bear and the post-punk revivalism of Maxïmo Park have all been on Warp’s roster at one point or another.

Most of all, though, Warp was most heavily associated with Sheffield’s ‘bleep scene’ – a variant of techno with heavy bass and playfully sampled sounds emphasised – as well as ‘intelligent dance music’ (referred to in many circles as IDM). Genre heavyweights such as Boards Of Canada, Squarepusher, Nightmares On Wax, Autechre and the legendary Aphex Twin all had a home with the label. Even the legendary Brian Eno elected to sign with Warp when he returned to music-making during the Noughties. Their semi-regular series of sampler compilations, excavating their own archives or curating some of their artists’ key influences, are as well-loved as their regular catalogue releases.

READ MORE: Boards Of Canada // ‘Music Has The Right To Children’ at 20 years old

And it wasn’t just music that Warp was renowned for: filmmakers Chris Cunningham and Shane Meadows have both worked with the label, as have graphic designers Julian House and Designer Republic. Their remit even stretched as far as comedy, at one point. As Vice puts it, Warp “straddles the divide between gallery and dancefloor”, producing pieces of art that are functional and/or beautiful.

In 2019, Warp is still synonymous with cutting-edge music, staying well away from the mainstream and yet able to project a reflection of the music industry back at it, albeit a joyously subverted and distorted one. It is at once a distinctive brand, and an aesthetic. At a point when what the major label world has to offer is narrowing, Warp Records proves that these kind of cultural undergrounds and communities, rallying around something with reputational and symbolic power, can not only survive but actively flourish. Artists as diverse as Kelela, whose fluid and shifting take on R&B is streets ahead of most commercial music in terms of ambition and presentation, and hip-hop cult figure Danny Brown, whose Atrocity Exhibition was one of the best records of 2016, can thrive on the label, as can the wildly eclectic Gonjasufi compared with the comparatively straightforward and singular Lonelady. Recently, they also acquired the rights to re-issue the back catalogue of the reformed Stereolab. While they may have long since moved their base of operations to London, Warp still actively seeks to fulfil its stated aim as a home for forward-thinking artistry three decades later.

To mark the label’s 30th anniversary, please enjoy our Beginner’s Guide to Warp Records playlist over at Spotify, or by scrolling below.