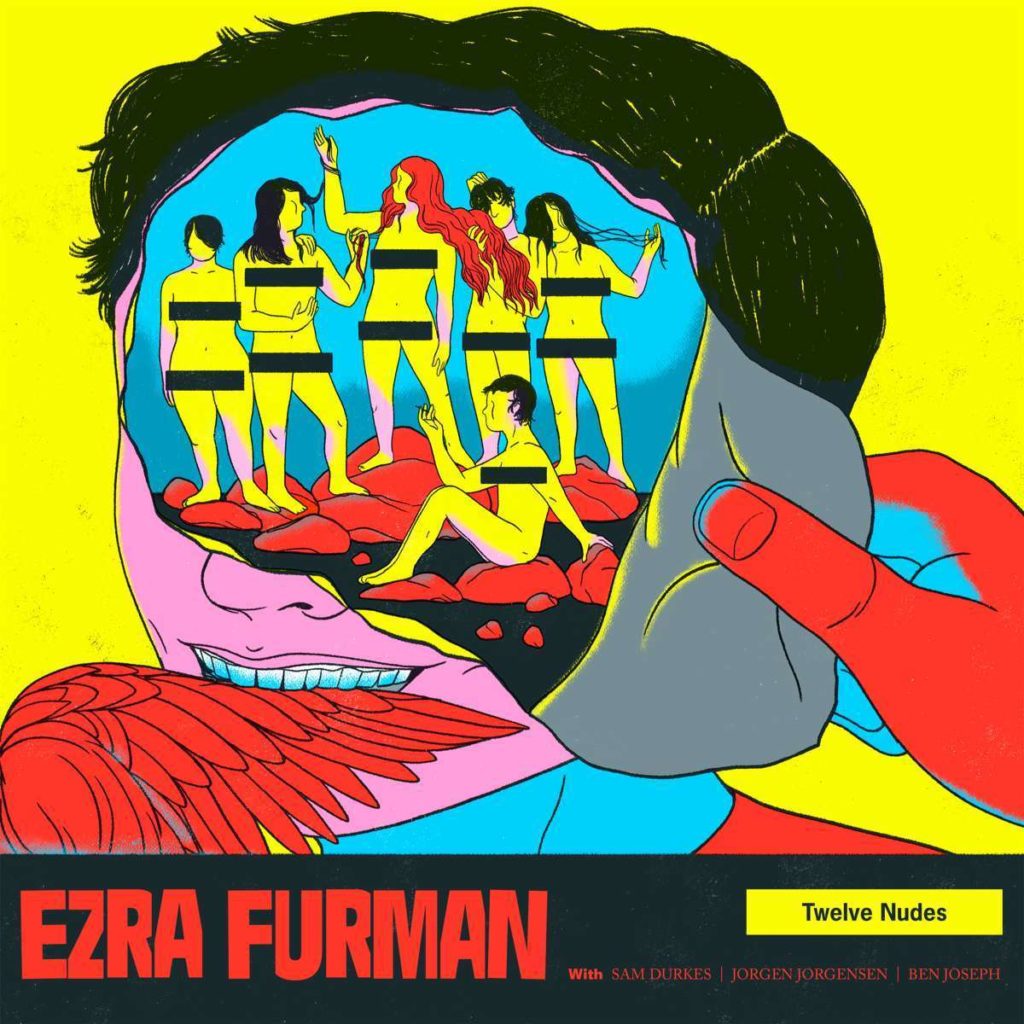 Returning to a more basic, garage-punk sound, ‘Twelve Nudes’ is a short, consistent blast of intelligence and energy directed at the parlous state of society in 2019.

There aren’t many singer-songwriters that do subversion quite like Ezra Furman. His last album, 2018’s Transangelic Exodus, was a superb, adventurous twist on Americana that told a classic lovers-on-the-run story from the perspective of a “queer outlaw”. Furman – who’s Jewish and identifies as gender non-conforming – has never shirked from exploring his identity throughout his work, and his latest effort Twelve Nudes is no different. This time, however, he ditches the theatrics and opts to express himself through a barrage of fuzzy, rampaging garage-punk tunes.

The result is a rip-roaring riot of an album that rarely ceases to slow down. Guitars constantly scratch and bite, while Furman sings with unflinching ferocity. ‘Rated R Crusaders’ and ‘Blown’ are particularly striking in their fervent aggression; Furman’s vocals are almost incomprehensible on the latter, a 56-second blast drenched in distortion. Not only is Twelve Nudes his rawest album to date, but his most direct too. There’s an abundance of hooks crammed into the 27-minute runtime, most notably on ‘Thermometer’ with its surging, jubilant riff. Sandwiched in the middle of the album is the doo-wop tinged ‘I Wanna Be Your Girlfriend’, where Furman’s tender croon offers a welcome respite from the anarchic sonic assault.

Despite the shift in sound, Furman’s lyrical nous is still intact. In fact, it perfectly complements his confusion and anger at the world around him. ‘Transition From Nowhere To Nowhere’ is a bleak treatise on his gender identity (“Remember I tried to ask what it means to be a man / They threw me in the back of a truck and they tied my hands”) while ‘Trauma’ is a damning indictment of the rich and powerful (“The big scam is nobody gives a damn / That the penthouse suite depends on the bottom three floors”). That stance is also prevalent in ‘Evening Prayer aka Justice’, a defiant call-to-arms against oppression and intolerance (“Participate in the fight now/For a creed you can truly believe”).

Once again, Ezra Furman has delivered a record that’s deeply personal, and one that proudly sticks up the middle finger to the ever-growing toxicity that exists within the current socio-political climate. Intense, insightful and bursting with energy, Twelve Nudes is a protest album reminds us why he is one of music’s most important outsiders. (8/10) (Matty Watkin)

Listen to Twelve Nudes by Ezra Furman here via Spotify, and tell us what you think below!