CULT ’90s: Boards Of Canada – ‘Music Has The Right To Children’ 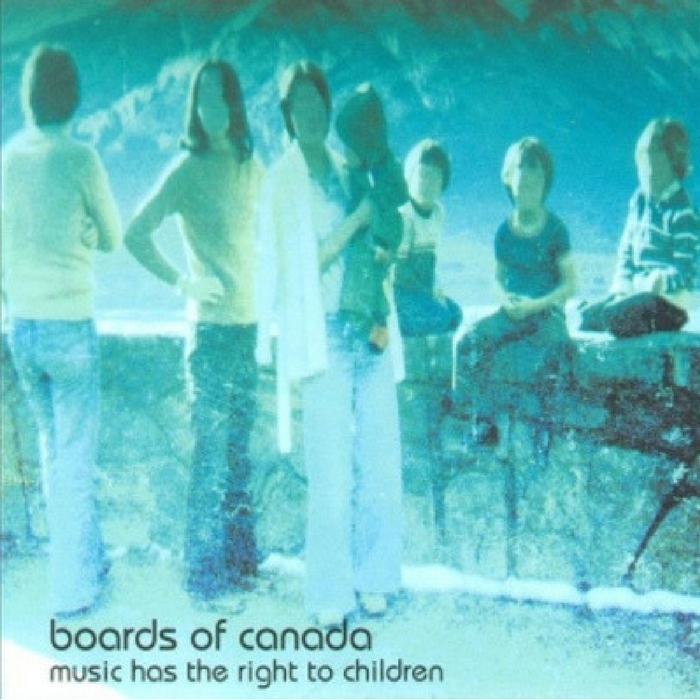 Some great records are hailed in instant classics on the day of their release; others attain their status as cult classics in the medium term by word-of-mouth; still more are overlooked at the time but are re-discovered as a wellspring of inspiration by subsequent generations. Music Has The Right To Children, the debut album proper from Scottish electronic artists Boards Of Canada, seems to fit all three of these definitions. It had the same kind of reverberating effect on both electronica and wider pop as a rock landing in water – not only serving as a watershed moment for the niche ‘Intelligent Dance Music’ (IDM) community in the late Nineties, for whom Music Had The Right To Children was almost instantly held up as a sacred text, but communicating to artists who seemingly shared with it musically. Additionally, the changing nature of music fandom as it evolved into the online world of the 21st century meant it spread covertly by reputation, via P2P file-sharing and fan forums.

On first listen, it’s breathtaking, but incredibly hard to take in just with a single airing. It’s only upon the fourth or fifth listen, or maybe even more, that the scope and depth of Music Has The Right To Children fully reveals itself to the wonderstruck listener. Combining downtempo beats and ambient atmosphere with a bewildering array of field recordings, archival audio samples and digital and analogue synthesisers, it was a curious and compelling collection unlike little else that came before it.

As such, Music Has The Right To Children is one of those handful of albums that is so utterly essential to its genre that it effectively acts as its shorthand, a symbol for all of its aesthetic qualities. Think Miles Davis’s Kind Of Blue for modal jazz, or Black Flag’s Damaged for American hardcore punk in the ‘80s. If you’re only going to have one album in your record collection to denote your fandom of a particular genre, then make it this one. That kind of essential.

Brothers Michael and Marcus Eoin Sandison had grown up in the 1970s in a musical family, playing instruments from a young age and committing their own sounds to tape from the age of 10, using tape machines to place cut-up samples over their own music. Boards Of Canada, named for the educational television programme distributor whose videos they watched as kids, was formed in 1986 when Marcus joined his older brother’s band, with other members eventually departing to leave the brothers as a duo by 1989.

Putting on their first shows under the umbrella of the Pentland Hills-based Hexagon Sun art collective in the early ‘90s, their first recordings Boc Maxima and Twoism were released under self-financed initiatives and distributed basically just to friends and record labels. Interest rapidly grew throughout their community nationwide, with Manchester-based Skam putting out their first proper release, an EP titled Hi Scores, in 1996 after attracting the interest of Autechre’s Sean Booth. Boards Of Canada soon found a home on the legendary Warp Records, one of Britain’s most prestigious independent record labels and one that’s been responsible for releasing the works of so many cult underground icons that it almost defies belief.

Work immediately commenced on their first official album at the Sandisons’ own studio Hexagon Sun, with brand new recordings sitting alongside re-worked and modified versions of Boards Of Canada’s earliest songs. Taking almost all of 1997 to imagine, build and tweak in painstaking detail, Warp eventually unleashed Music Has The Right To Children over the Easter weekend in 1998.

Consisting largely of hip-hop-inspired beats, layered synthesisers, precise scratching and audio samples, there’s nothing that Boards Of Canada brought to the table on their debut that was inherently revolutionary. Brian Eno’s ambient works, the trip-hop of Massive Attack’s Blue Lines, and Aphex Twin, Autechre and The Orb’s earliest recordings are clear influences on the Sandisons. But it was ends to which Boards Of Canada subjugated their means, to create a musical universe in which detail was predominant, that made Music Has The Right To Children so stunningly different, and what set them apart from their contemporaries and made the electronic music community take notice.

Music Has The Right To Children is what soul music authored entirely by machines might sound like. The existential sigh of an ‘80s video game; a motherboard of circuitry echoing out a death rattle; the dusty soundtrack to some long-forgotten anime production… all of these vague descriptors I’ve heard been used to describe its sound, and yet none of them truly encapsulate the quotidian emotions, yearnings, sadness and ecstasies that it evokes.

The tracklisting alternates between seven-minute, beat-driven ‘sound journeys’ to sketch-like mood collages, constructed very much like a rock album but consisting of wordless ambient pieces. Texture and sonic detail is painstakingly thought through and precisely executed, giving rise to an experience where the sounds are alien yet curiously familiar. Music Has The Right To Children could be the soundtrack to the imagined, lonely landscapes dredged up from half-remembered dreams.

‘An Eagle In Your Mind’ is a perfect illustration of the Sandisons’ approach, its shuffling trip-hop drums dovetailing with gentle, dreamlike sounds. ‘Turquoise Hexagon Sun’ is a trippy, pastoral piece of quintessentially British psychedelia, only rendered through electronics instead of the standard guitar-band format with which we usually associate psychedelia.

The album’s solitary single, ‘Aquarius’, feels like its exact opposite, with lackadaisical, almost grooving guitar gently undulating over a woozy dubscape. ‘Pete Standing Alone’ and ‘Telephasic Workshop’ both feature booming, creeping rhythms, the latter enhanced with a distorted, clipped speech sample. Darkness and menace looms over ‘Rue The Whirl’, a spike of dread that threatens to shatter the record’s bliss as a whole, before the original album’s final track proper, ‘Open The Light’, feels like opening the window into a stuffy bedroom, a cleansing change of atmosphere right at the end.

Unlike most electronica albums, however, some of the real joys on Music Has The Right To Children are to be found in the shorter, ‘interlude’ tracks. ‘Bocuma’ is indefinably emotional, despite being constructed of little more than a brief, pitch-shifted synth line. ‘ROYGBIV’ is a psychedelic trip-hop sliver, and probably the duo’s most famous song, where the only thing wrong with it is that it ends at all. The sonic palette and ’70s educational film / test card samples of Music Has The Right To Children is aimed directly at the sub-conscious: your half-remembered, childhood memories of a simpler time. It might not seem the most stimulating to the waking mind, but on a personal note, so often are the times I’ve woken up from a dream to find a synthesiser from ‘Bocuma’ or ‘ROYGBIV’ acting as a deeply-lodged earworm in my psyche.

Like all great pieces of album artwork, the front cover of Music Has The Right To Children tells you everything you need to know about its contents. A bleached-out, blurry photograph from the 1970s shows a family, whose faces are obscured, standing at the edge of scenic mountain-edge view. Like a snapshot of some nostalgic dream sequence, it’s a cipher for everything Boards Of Canada communicate on the record – blending the artificial with the natural, the familiar with the unfamiliar, and the digital with the analogue.

It’s an odd thing to discuss legacy when, in a very real sense, Music Has The Right To Children has never gone away. Although there’s admittedly a shrinking pool of artists dealing in pure electronica in 2018, Boards Of Canada’s debut has always been a source of direct inspiration for those seeking to make downtempo, ambient yet beat-driven music, such as Four Tet’s Kieran Hebden and Oneohtrix Point Never’s Daniel Lopatin. That doesn’t even begin to encompass a much wider galaxy of artists who have tangentially dabbled with electronica, ranging from modern dance auteurs like Gold Panda and Mount Kimbie to dubstep pioneer Burial, and even the post-millennial output of more nominally mainstream artists like Radiohead and Björk with their respective masterpieces Kid A and Vespertine. For all of these, Music Has The Right To Children has been an affecting and hugely resonant piece.

More importantly, Boards Of Canada once and for all proved that wordless electronica could be capable of real emotional depth, as opposed to a fleeting phenomenon for trend-chasers. Music Has The Right Children is a compelling otherworld of sensual sounds, tapping into your unconscious state. Vinyl copies are frustratingly rare, but any way that you can consume this record – borrow, stream or download – will do. Just immerse yourself, and enjoy.

As for Boards Of Canada themselves, Marcus Eoin and Michael Sandison released two more full-length albums in addition to a clutch of EPs. The similarly constructed but much darker Geogaddi, released in 2002, became another revered electronica classic, but 2005’s The Campfire Headphase, which although excellent in places, didn’t hold a candle to its groundbreaking predecessors. The brothers went radio-silent for eight years, with many assuming Boards Of Canada was no more, before a cryptic social media campaign built up to the release of their most recent album, Tomorrow’s Harvest, in 2013. Underpinned by apocalyptic themes of an Earth dying through overpopulation and over-farming, it took everyone by surprise by reaching no.7 in the UK Albums chart, and showed no sign that the Sandisons had lost their golden touch.

Listen to Music Has The Right To Children by Boards Of Canada here via Spotify, and tell us what you think below!