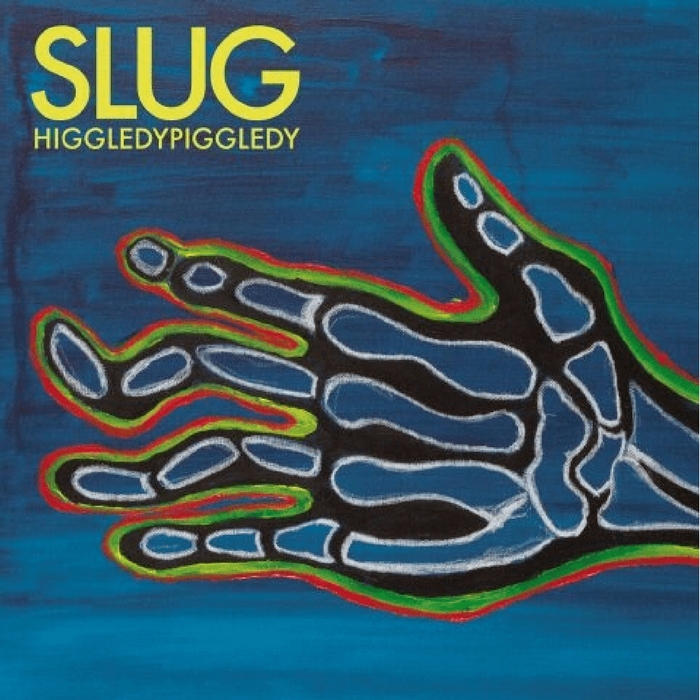 Ian Black’s second Slug album ‘HiggledyPiggledy’ is an erratic and irregular beast, but there’s enough for everybody to enjoy.

It’s incredibly difficult to put a finger on Ian Black, whose adventurous compositions wander around the music spectrum in a frantic way. On his second album, working under the pseudonym Slug, Black once again delves into the world of alt-rock, with wide range of other influences, from psychedelic pop to funk, which make HiggledyPiggledy as eclectic as it could have been expected.

Slug’s previous record, RIPE, which came out in 2015, was co-produced by Field Music’s Brewis brothers, with whom Black also used to tour as a bassist. In 2018 however, Black stepped into the studio completely on his own, playing all instruments and taking over the production side of the album too. Still, as a result product, HiggledyPiggledy is not an insanely cohesive work, but more than anything, it is confident and something that Black is surely very proud of.

Saying that, it’s hard not to notice that the overall mood on HiggledyPiggledy is quite peculiar. The atmosphere on different tracks changes quite quickly, or even abruptly, making it very difficult to “get used” to, or familiarize yourself with Slug’s new record, due to its erratic and irregular nature. For what it’s worth, this unpredictable quality of the album will keep you on your toes – a variety of textures and instruments, from bright and bold percussion on excellent single ‘No Heavy Petting’ and slightly dramatic strings on ‘Earlobe’, to an almost fully electronic production on ‘A Soft Shoe Number’, make HiggledyPiggledy vivid and distinctive.

HiggledyPiggledy is at its most interesting, and to be fair, the most enjoyable, when Black incorporates more of his indie and alt-rock influences into his music. ‘Dolly Dimple’ is led by electric guitar, and next to ‘Petulia’ and ‘You Are As Cold As A Dead Fish’ this adds more depth and vibrant energy to the album at the end. Although by no means does Slug ever get close to being boring, he does have a tendency to sound slightly tiring, with his demanding instrumentation and creaking vocals dominating the album.

For this reason only, HiggledyPiggledy is not entirely convincing and can find the listener being disconnected from the album at times. Nevertheless, it is fair to say that Ian Black’s ambition to create something only by himself didn’t result in his second solo record being self-indulgent or pretentious. Rather, it is original and truly authentic, without having to fulfill the need of meeting the people’s expectations. (6/10) (Alicja Rutkowska)

Listen to HiggledyPiggledy by Slug here via Spotify, and tell us what you think below!