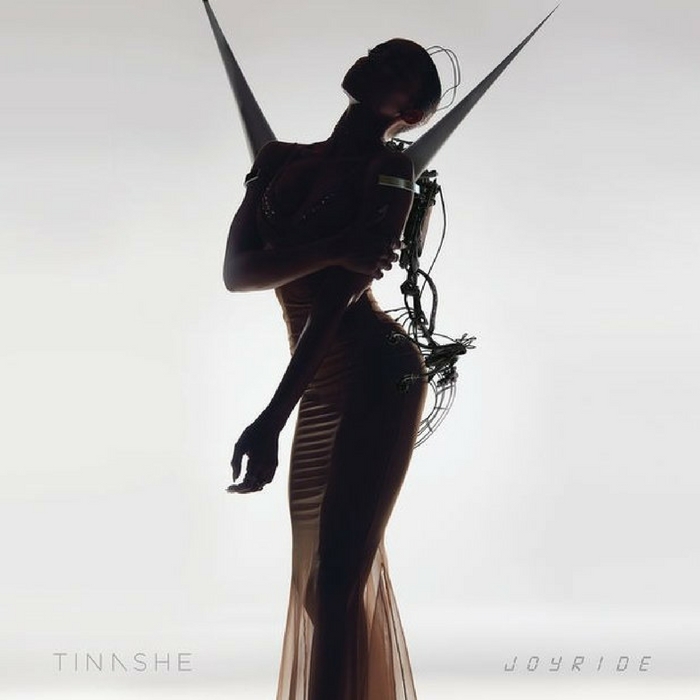 Tinashe’s third album ‘Joyride’ displays plenty of vocal talent, but her presence is often obscured by her male collaborators.

After first teasing it all the way back in 2015, Tinashe’s third record Joyride is finally here; it’s almost a direct continuation of her previous album Nightride two years ago, which was written while she was also creating this. While Tinashe’s vocal skill is undeniable, when she buddies up with a featured artist, their style almost uniformly overshadows her own, to the detriment of the record’s consistency.

The intro ‘Keep Your Eyes On The Road’ is strongly in fitting with the album title with an ominous mix of car noises, vocal cuts and a fast drum beat creating a heavy sense of intensity and darkness. This perfectly fades into ‘Joyride’ with its experimental fuzzy bass and intimidating drums before fading into Tinashe’s soft and angelic vocal alongside a collection of strings. While creating a powerful introduction this mood doesn’t permeate the entirety album with the poppier tracks seeming to contradict this darkness and emotion.

Just like her acclaimed 2014 debut album Aquarius, Tinashe has an impressive set of collaborations and guests on Joyride, including Offset, Ty Dolla $ign, French Montana, Future and even Swedish indie-poppers Little Dragon. However, unlike on Aquarius, the features seem to dominate the track, and in the most extreme cases, steal the spotlight entirely and make it seem like Tinashe is the feature. On ‘Me So Bad’, Tinashe opens the track and sings the chorus, however Ty Dolla $ign and French Montana intrude strongly onto the track and the poppy R&B beat sounds much more like a typical Top 40 Ty Dolla $ign cut, rather than a Tinashe track. ‘No Drama’ with Migos rapper Offset works better, as instead of letting Offset track over the track his style is more subtlety integrated with Tinashe’s. When she doesn’t allow her male collaborators to dictate her style, Joyride is a much more satisfying experience.

‘He Don’t Want It’ is a stand-out track, with a sound very similar to FKA twigs with the falsetto vocals with the dark ethereal synths. Again this while showing Tinashe’s impressive vocal range she fails to bring something new to the table and instead imitates the styles of others.

‘Salt’, alongside ‘Joyride’, is the closest Tinashe comes to her own individual style. The slow sensual R&B beat with Tinashe’s soft and soulful vocal of the emotive lyric: “take my heart and rip it out of my chest/ no matter what you think you’re gonna do/don’t put salt on the wound” creating an impassioned story of heartbreak. The soft guitar solo behind the final chorus adds to the drama created by Tinashe’s powerful and high vocals, working perfectly with the track and mixed so it doesn’t overshadow the vocals, instead supporting and emphasising them.

The album concludes with ‘Fires And Flames’, a beautiful track much more minimalist than the rest of the album, with Tinashe’s impassioned vocals completely dominating the track. Not only does her vocal range blow you away but also her talent at controlling her volume to the tiniest detail.

While Joyride does have many strong alternative and poppy R&B tracks, you don’t always come away from them thinking of Tinashe, but instead of her features and her influences. There’s no doubt that she has the vocal range to be a mainstream pop star, but she needs to have the confidence to allow her own style to carry the album, as she clearly has the ability. (6/10) (Sandie Garland)

Listen to Joyride by Tinashe here via Spotify, and tell us what you think below!