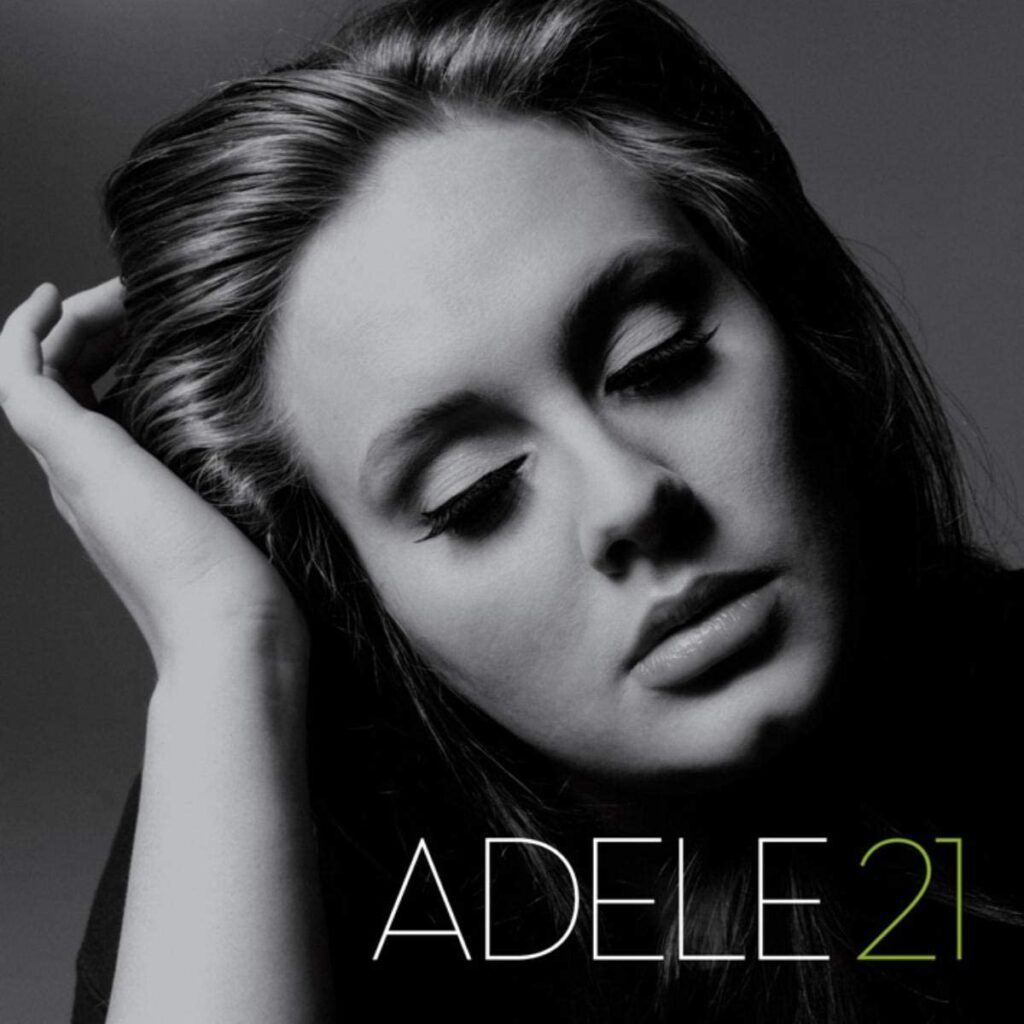 As one of the biggest-selling albums in world history, Adele’s titanic second album 21 needs very little introduction. The themes of heartbreak, resilience and recovery are well-known. Indeed, they run through 21 like writing through a stick of Brighton rock, so obvious and plainly stated are they. But the fact is that a massive amount of artists have addressed romance throughout pop’s history – it’s pretty much the oldest subject there is – but almost none of them have made this topic resonate with the general public as much as Adele Adkins did with these eleven songs.

But few could have predicted the extent to which her tales of emotional turmoil and endurance would resonate. Becoming the biggest selling album in the UK of 2011 and 2012, it changed both the scale and nature of Adele’s success entirely. Her 2008 debut album 19 had unquestionably made her a star, of the kind where she could have easily gone on to enjoy at least a decade-long career as one of pop’s most reliable operators – gold albums, late afternoon festival slots and BBC Radio 2 playlistings all the livelong day. But 21 propelled her to the kind of rarefied heights that all but a very small handful of artists never even dream about, let alone get near.

The origins of 21 are surprisingly modest, and the method by which she arrived at the finished product partly accidental and very different from the artistic vision she had when she started. Riled at being dubbed an “old soul” by the media off the back of 19, Adele initially wanted a more contemporary and upbeat pop sound for her second album. Initially beginning sessions with rock producer Jim Abbiss, the only finished product was the piano ballad ‘Take It All’, which bore exactly the same hallmarks as her debut, and those sessions were abandoned.

However, this initial failed bout of creativity sowed the seeds for a blossoming period of creativity. Playing ‘Take It All’ for her partner – a man ten years Adele’s senior and who represented her first serious romance – ended up catalysing an argument that broke their relationship for good. Adele channelled her reaction into a new vision for the album, contacting prestigious indie producer Paul Epworth for a session that quickly generated ‘Rolling In The Deep’. Originating as a standard piano ballad, Epworth suggested a thumping drumbeat to reflect the racing emotions of Adele’s lyrics, transforming it into a hybrid of blues, disco and gospel.

Serving as the lead single and opening track on the album itself, ‘Rolling In The Deep’ was an economical encapsulation of 21 as a whole. Working with a host of star producers and co-songwriters, among them OneRepublic’s Ryan Tedder, former Semisonic frontman Dan Wilson and legendary rock guru Rick Rubin, Adele tapped into a much wider range of influences, largely from American country and blues but also from soul, gospel, R&B and country, and then reduced them down into an economical pop collection with broad appeal. Furthermore, they were delivered with a refreshingly unfiltered, everyday likeability.

The content of 21 largely speaks for itself, and needs very little introduction seeing as it was literally the sonic wallpaper of the Western world for nearly three years. But it speaks to the quality of the album that a track like ‘Rumour Has It’, a track so undeniably great that even established pop artists would have sacrificed at least one limb to have written to use as a marquee track to promote their own albums, should be merely the fourth single here. Bookended by ‘Rolling In The Deep’ and the utterly iconic ‘Someone Like You’, Adele’s most nuanced vocal performance ever, the likes of ‘Rumour Has It’ and other moments of unquestionable pedigree like ‘Turning Tables’ and the contemporary hip-hop and R&B leanings of ‘He Won’t Go’ instead take something like second billing on 21. In the middle of it all is the spectacular wall of sound generated by ‘Set Fire To The Rain’, a rare moment of cinematic maximalism in an album otherwise carefully uncluttered.

Throughout, Adele runs the gauntlet of emotional devastation in all its various shades – the fury of the spurned lover (‘Rolling In The Deep’), the torture of regret (‘Don’t You Remember’) and the eventual sad acceptance of the present (‘One And Only’). Even on the tracks that aren’t specifically about her relationship troubles – ‘He Won’t Go’ is about a friend’s drug addiction – her vocal delivery always makes the songs sound as if she’s got personal stakes in the affair. Her cover of The Cure’s ‘Lovesong’, dedicated to her family and friends as she recorded in California miles away from them, is tasteful and downtempo, and very different to the original.

Hitting the top of the UK charts on the first week of release and remaining there for countless weeks, then months, then eventually years, 21’s success was so significant as to represent a sea change in the music industry. It revived the long-dormant tradition of the confessional singer-songwriter, waking up the major labels to the fact that the general public was still hungry for authenticity in the age of ‘The X Factor’. Indeed, Cowell’s star-generating machine has been a lot less successful in launching its products to lasting success in the decade since 21 compared to the mid-Noughties.

As for Adele herself, the subsequent decade has been characterised by huge success punctuating extended periods of enigmatic silence and speculation from the press, some of it untowards and unhelpful. It’s rather sad to think that heartbreak should be somebody’s muse, that emotional trauma should be so deeply connected with Adele that many casual onlookers seem to think that she couldn’t possibly function as a recording artist if her domestic life was settled and she had achieved personal happiness. It’s a perception that, if you were to be harsh, you might say that Adele hasn’t really tried to dispel. In the lengthy build-up to the album’s eventual successor 25, released in late 2015, she sounded out a number of very different collaborators, among them Damon Albarn and Massive Attack’s Robert Del Naja, whom you could easily imagine taking her sound in credible new directions. However, she ended up opting for a safe choice of familiar faces (Epworth, Tedder), up-to-the-minute names (Greg Kurstin, Ariel Rechtshaid) and long-fashionable producers (Danger Mouse, Mark Ronson).

Then again, of course, if you’re onto an unprecedented winner with a commercial goldmine like 21, why the hell wouldn’t you perform a victory lap of sorts and cash in on it. Either way, the world watches eagerly for what Adele will do next, purely from an artistic point of view. It’s hard to believe that anything she does will be anywhere near as successful as the juggernaut that was her sophomore album. Indeed, it’s hard to conceive of anything registering on that sort of scale ever again.

Listen to 21 by Adele here via Spotify, and tell us what you think below!