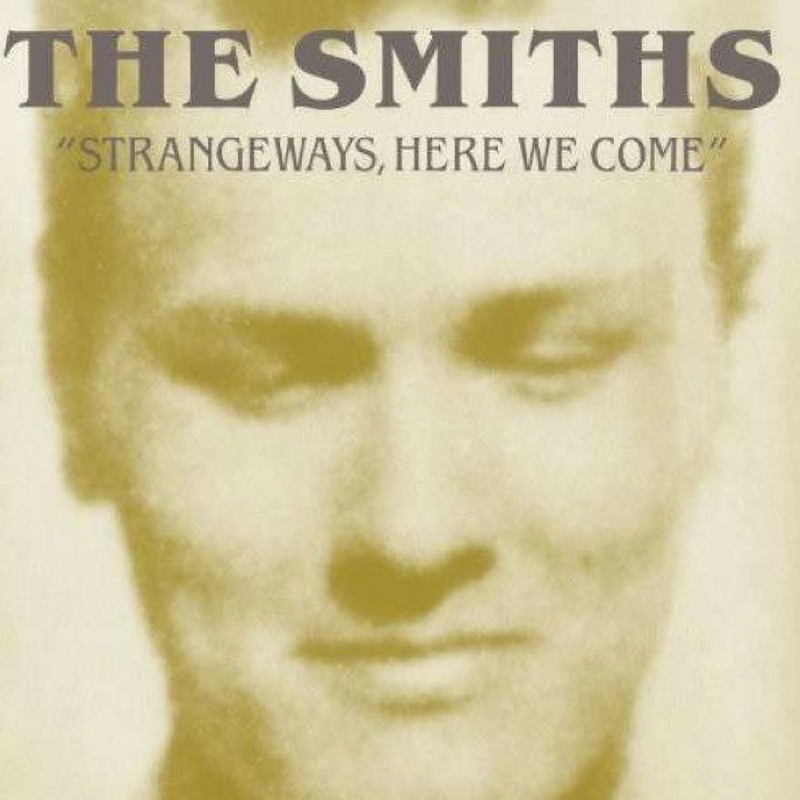 As the four studio albums by The Smiths have been turning 30 years old in quick succession over the last few years, it’s striking to note just how much they achieved together in such a short space of time. Personally, it seems so very recently that I was penning a 30th anniversary feature piece about 1984’s The Smiths, and indeed, it’s just three and a half years between that debut and Strangeways, Here We Come, the band’s 1987 swansong.

Let’s put that in perspective – that’s four full-length studio albums and nearly two-dozen singles, and one seismic, eternal legacy in indie music, all in less than the time it takes between two football World Cups. In the 2010s, some new bands take longer than that to make their second record at all.

Thousands upon thousands of words having been written about The Smiths’ impact on British guitar music and the wider independent music scene, and a large proportion of those words have usually been written concerning the group’s 1986 album The Queen Is Dead, still widely regarded as one of the finest albums ever made. But for some, it is Strangeways, Here We Come that ought to get the title of The Smiths’ best album.

There’s a certainly a good case to be put forward for this contention. I myself disagree: I think the high-points of The Queen Is Dead, which contains five of the group’s very best songs, are just that much greater than any of the prime cuts that Strangeways… has to offer. However, what cannot be in doubt is that Strangeways, Here We Come is the most elaborate and lushly detailed work The Smiths ever produced. Carefully planned, elaborately structured and executed, it was a dramatic expansion of the band’s trademark sound and yet another superb illustration of the mercurial writing relationship that still existed between its twin creative engines, even as that relationship was crumbling.

Although the volatile relationship between Morrissey and Johnny Marr was at its all-time low and getting worse by 1987, the sessions for Strangeways… in March of that year, by all accounts, were quite harmonious. The fully-stocked wine cellar at Somerset’s Wool Hall studio led to some riotous late-night drinking sessions with producer Stephen Street – though only after Morrissey had gone to bed, obviously. That collegiate atmosphere seems to be evident on the finished record, with Street apparently much more attuned to what the band were trying to achieve on their fourth album.

Most importantly, Morrissey and Marr were desperate to make Strangeways… as different as possible from their earlier work, the guitarist notably trying at seemingly every opportunity to distance themselves from his trademark ‘jingle-jangle’ Rickenbacker guitar sound, using The Beatles’ ‘White Album’ as an inspiration. After all, The Smiths had recently signed to EMI and were recording Strangeways… in order to fulfil a contractual obligation to Rough Trade, the independent label with which they were now synonymous. All of this makes Strangeways… an interesting glimpse into what could have been, if it were not for the collapse in communication between the group’s creative core.

With the increased use of string arrangements, and drum machines and synthesised saxophone and keyboard sounds, the much wider range of influenced informing the sound of Strangeways… is immediately noticeable. If this were the first Smiths album a new listener ever heard, they would have a quite different impression about the band’s sound in general. Of course, Morrissey’s lyrical preoccupations are broadly the same as they ever were, though he’s working consistently with Marr to put them to different use. The rhythmical powerhouse of Andy Rourke and Mike Joyce isn’t working quite as propulsively as on the typical Smiths track, but they shine just as brightly.

The non-guitar-based sound is evident right from the off, as Morrissey addresses his Irish roots in the boisterous ‘A Rush And A Push And The Land Is Ours’. The crunchy kitchen-sink drama of ‘I Started Something I Couldn’t Finish’, a sarcastic barb which sees Morrissey possibly reflecting on his own penchant for courting public controversy (“typical me”) is a similarly bold step outside the traditional Smiths template.

The gentle, lilting sprawl of ‘Death Of A Disco Dancer’ is the closest musical relation to the rest of The Smiths’ back catalogue, a close variant of tracks like ‘That Joke Isn’t Funny Anymore’ and which could have come from Meat Is Murder. It’s also notable for being the only Smiths track on which Morrissey plays a musical instrument – the piano tinkles are his embellishments. Similarly, ‘Stop Me If You Think You’ve Heard This One Before’ is a wry self-referencing middle finger to their critics, also addressing the struggles Morrissey and Marr were having in making music sufficiently different from what they’d done before.

The spry, melancholic riff that propels the single ‘Girlfriend In A Coma’ – a domestic violence tale released the same week that The Smiths made their split public in early August – makes it a short but sweet injection of commercial nous. While heavily orchestrated, the acoustic guitar refrain seems like a typical Johnny Marr riff processed slightly differently. The torpid rhythms that underlie the sheer melodrama of ‘Last Night I Dreamt That Somebody Loved Me’, with its extended intro of doom-laden piano and the samples of rioting crowds, make it a panoramic if extremely miserable highlight (“no hope, no harm / just another false alarm”).

Where Strangeways… ultimately falls down compared to The Queen Is Dead is the presence of two rather glib and forced moments, which arrive back-to-back. The snide conceit of ‘Unhappy Birthday’ is played rather too obviously and scans as an utterly forgettable moment on such a richly diverse album. ‘Paint A Vulgar Picture’, while initially an amusing gripe at the music industry that Morrissey and Marr were about to bid farewell, becomes increasingly bitter as it rolls past the five-minute mark.

The twanging, almost burlesque rockabilly of ‘Death At One’s Elbow’ salvages things somewhat, before the closing ‘I Won’t Share You’ signs off The Smiths’ career in an understated yet tearjerking fashion. With the knowledge that this would be the last ever Morrissey/Marr track now public by the time fans heard it, the title, lyrics and dramatic atmosphere are almost unbearably poignant.

Released in late September 1987, The Smiths had already been broken up for over a month by the time the public got to hear their final work. It hit no.2 in the UK Albums Chart, quickly going gold within three days and kept off the top spot only by the multi-million sales behemoth of Michael Jackson’s Bad.

Perhaps the circumstance of its release is why many Smiths fanatics and more objective music observers actually regard Strangeways, Here We Come as the band’s finest work, and that usually depends on whether they think its (sometimes over-celebrated) predecessor The Queen Is Dead is overrated or not. Morrissey and Marr, who have barely uttered a word to each other since the band’s disintegration, have both said, independently of one another, that Strangeways… is the finest work they ever did with The Smiths.

However, it is somewhat fitting that the epitaph for Morrissey and Marr – certainly the finest songwriting duo Britain has ever produced outside of Lennon/McCartney – should be their most expansive and daring work together. Strangeways, Here We Come is of a piece with the rest of their work, yet in many critical respects stands apart from its three predecessors.

Listen to Strangeways, Here We Come by The Smiths here via Spotify, and tell us what you think below!