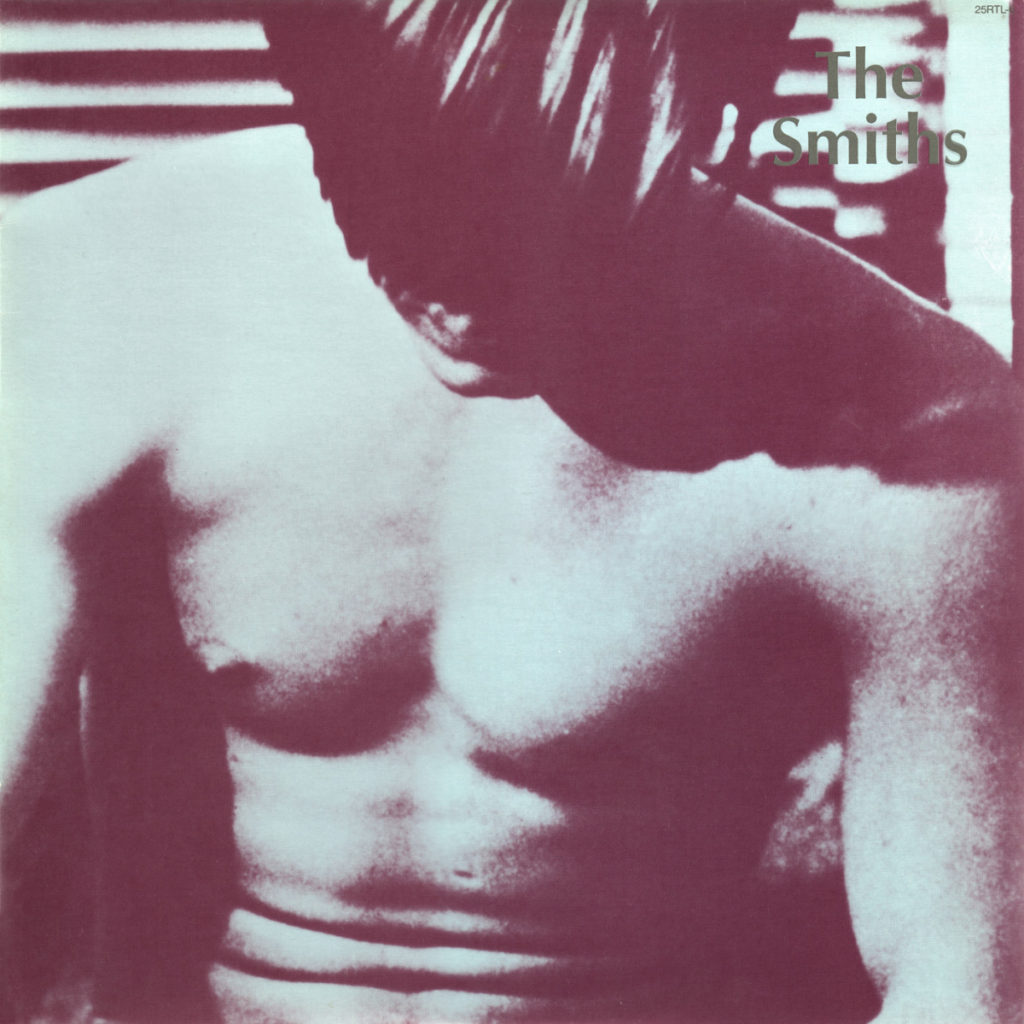 2014 marked the thirtieth anniversary of the debut album of one of Britain’s finest and most important guitar groups. The Smiths represents nothing less than the beginning of what we used to call ‘indie’ before the term got hijacked somewhere in the late ‘90s by laddism and ‘Loaded’. Though The Smiths’ sound is synonymous with the production of Stephen Street, their debut was recorded with John Porter, a musician who was an integral part of the fledgling Roxy Music. The band themselves were not happy with the job that Porter did with the tracks selected, as Morrissey makes clear in his recent Autobiography, saying that tracks like ‘Miserable Lie’, ‘Reel Around The Fountain’ and ‘What Difference Does It Make?’ were completely unrecognisable from how they sounded during live performances. However, aside from sounding a little tinny at times, their trademark style is pretty much complete.

Put simply, The Smiths changed British pop music forever. Aside from his unmistakable vocal style, which was affected and full of his distinctive high-end swoops and guttural grunts, Morrissey pushed back the boundaries of what pop music lyrics could address: insecurity, childhood trauma, shyness, personal failings and conflating them with societal injustices and inequalities. He speaks to outsiders, the unsure, the self-doubting and the vulnerable: take ‘Reel Around The Fountain’ where he sings repeatedly “people see no good within you / but I do”. He can also do humorous self-aggrandisement on debut single ‘Hand In Glove’, which opens “hand in glove / the sun shines out of our behinds”.

On the immortal indie disco staple ‘This Charming Man’ his voice flits seamlessly from powerful projection to breathy, intimate falsetto. Even if Moz’s style is not to your taste, you simply can’t ignore the Smiths’ tough rhythm section that carries the weaker moments on the album. From the elastic guitar/bass interaction of ‘Pretty Girls Make Graves’ to the deathless juggernaut riff of ‘What Difference Does It Make?’, Johnny Marr’s versatility is stunning even though it’s hardly distinctive or virtuosic. Andy Rourke and Mike Joyce on bass and drums make up the rock-solid rhythm, disciplined but never showy. Their mix of vulnerability and strength is even suggested by The Smiths’ front cover, a shot of actor Joe Dallesandro’s bare torso hunched over.

To say nothing of the fact that, in spite of its brilliance, The Smiths is the least brilliant of their four studio albums, only because of the faintly irritating ‘Miserable Lie’. Their third album The Queen Is Dead (1986) is generally regarded as their finest, although both Morrissey and Marr have declared their swansong Strangeways, Here We Come (1987) to be their best work. Upon its release, The Smiths crashed into the UK albums chart at #2, held off the top spot only by The Thompson Twins’ Into The Gap, and stayed in the Top 75 for the best part of a year.

But their legacy is much, much more than chart statistics. The Smiths never sold that many copies of their records, largely because their staunchly independent record label Rough Trade simply wasn’t prepared for promotional campaigns on the scale that the group represented for them. Singles continually sold out and had to be re-pressed to keep up with demand, even though most radio stations gave them no exposure. But make no mistake, they are a national treasure. Morrissey and Marr is the most devastatingly effective song-writing partnership Britain has known since Lennon-McCartney. Indeed, they are greater than the sum of their parts, as neither has quite achieved the same sales or critical acclaim working without the other.

Morrissey’s ten solo albums may have demonstrated the same lyrical dexterity on occasion, but deliver nowhere near the same emotional impact without Marr’s distinctive style to counterbalance it. Similarly, though Marr has since carved out a kind of indie mercenary reputation during stints with Modest Mouse and The Cribs among others, his unique and inimitable style has never quite fitted properly anywhere.

If you’ve never heard The Smiths before, or any of their music, what better place to start than the beginning? If you hate it, well, their albums get better. If you love it, they get even better!

Listen to The Smiths here via Spotify, and tell us what you think below!