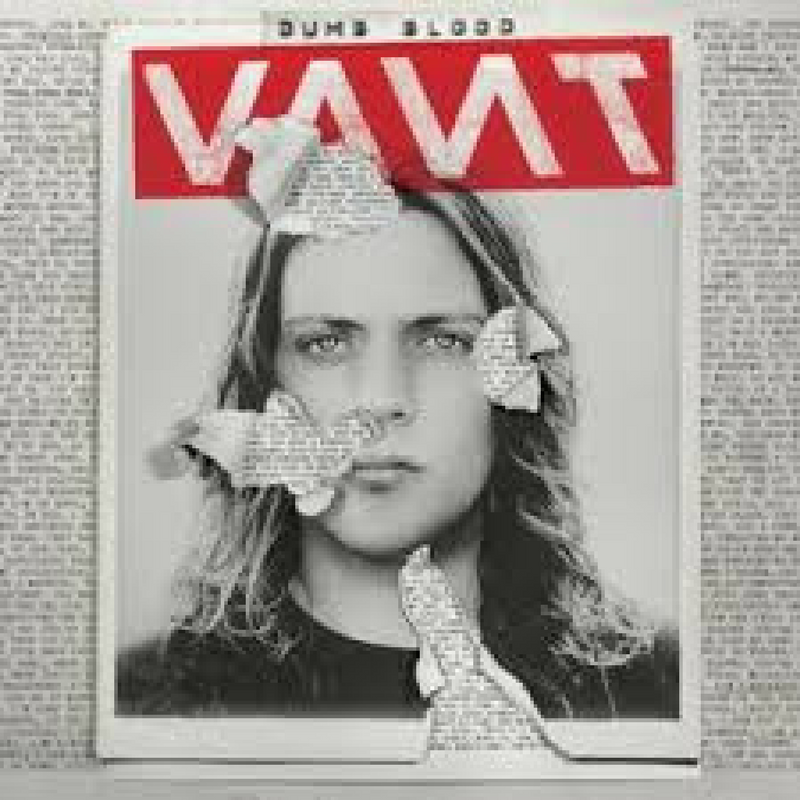 Formed three years ago, British indie rock band VANT have been busy making a bold politically fuelled statement with their heavy touring schedule and multiple festival slots. Whilst being politically explicit still poses a risk to being successful in music even in 2017, Mattie Vant sees it as his duty to be outspoken, crafting lyrics that demand discussion and explore the horrors of the world. Their much anticipated debut album Dumb Blood captivates the progressive nature of their music through compelling lyrics and punchy instrumentals, showcasing the ‘best of’ their music and their musical ferocity. It’s an album littered with alt-rock and fierce punk intensity that is unafraid to touch worldly concerns, making its listeners sit up and think.

Opening track ‘The Answer’ is a hard-hitting response to the ongoing crisis in Syria, packed with satirical wit and upfront instrumentals which combine a bitter anti-war rant with grungy overtones, making it a bold defining start to the album. Straight to the point their next track, ‘Put Down Your Gun’, addresses a plethora of issues from homophobia to the war on fear whilst encapsulating the raucous sound that has grown to be the epitome of the band.

Lead single ‘Peace & Love’ feels slightly more grown up with its upbeat vibe, parceling the band’s pro-unity message through its plea for a return to the idealism of the sixties’ counterculture, into a summer anthem that is perfect for road trips. Then comes ‘Parking Lot’, one of VANT’s first and well known singles that discusses horrific sexual assault cases across U.S. college campuses. It has been recomposed to suit the tone of the album and features ominous instrumentation and a monstrous chorus built on barnstorming riffs and heavy harmonies to really hammer home its anti-rape message. ‘Do You Know Me?’ is another well-known track, with its chugging guitars and snare drum slaps forming an explosive platform with an impassioned chorus heavy tale.

Contemplative slow track ‘I Don’t Believe In God’ has a sentimental outlook with its laid back guitar riff and steady drum beat, offering listeners a rest from the full frontal lyrics whilst still provoking consideration with its graphic lyrics “Some take cocaine to provoke a feeling, out of control their blood’s on the ceiling”.

‘Fly-By Alien’ and ‘Parasite’ offer blistering slabs of jagged punk that are incredibly infectious with their signature outbursts of electric guitar riffs and interplanetary protagonist making understatements such as “The world’s got a few problems”. One of the album’s closing tracks, ‘Are We Free’ plays around with the quiet/loud dynamic, with its slow tempo and harrowing vocals creating a grungier vibe that adds a different spin to the album.

Overall, with its 11 head banger tracks, Dumb Blood conveys VANT’s visible frustration at the world, with lyrical spears being thrown at violence-fuelled conflict resolutions and modern society’s neglectful environmental policies. But there are elements of carefree excitement that seep into the tracks creating something inspiring and illustrating perfectly their versatility to provide a wide range of provocative but catchy tracks. It’s an ambitious record, smeared with political content, but on every single second, VANT nail it. (9/10)

Listen to Dumb Blood here via Spotify, and tell us what you think below!