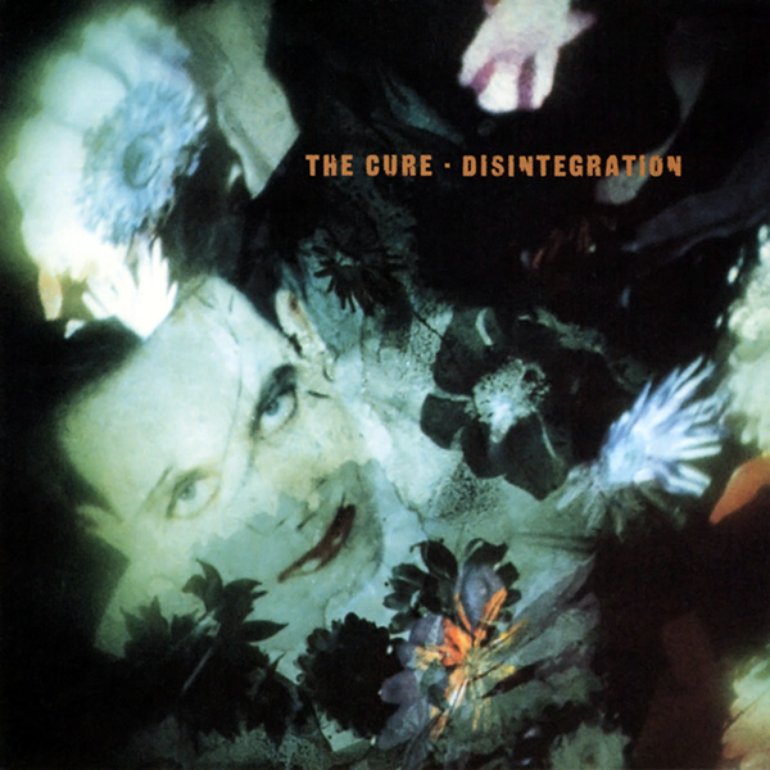 Since their inception in the late ‘70s in the wake of punk, Robert Smith and the rotating cast of The Cure have become a globally popular rock institution. While they’re commonly pigeonholed as ‘goth’, their appeal extends well beyond those confines, mainly because of a run of stunning singles up until the early 1990s. Just get hold of their 2001 Greatest Hits package for proof of this – we defy anyone to name a more concentrated collection of five-star songs on one CD! Slightly less well-known are their albums, ranging from brutally consistent, slate-grey post-punk (Seventeen Seconds and Faith) to dark proto-goth (Pornography) to bewildering varieties of musical compounds approaching pop. The pinnacle of that development was 1989’s Disintegration, considered by most fans to be The Cure’s masterpiece, and which turned 30 years old this week.

READ MORE: From Worst To Best – The Cure albums

1987’s Kiss Me, Kiss Me, Kiss Me had at last broken The Cure in the United States, three years after they had done the same in Britain with glorious singles like ‘The Lovecats’ and ‘Close To You’, on top of the pop-oriented The Head On The Door (1985). The pressure of this situation, in addition to his impending thirtieth birthday, had affected lead singer Robert Smith and some of the band members negatively. Drummer Lol Tolhurst, in particular, was ingesting huge amounts of alcohol to cope. Smith fired him during the recording of the new album (for other reasons in addition to his increasing unreliability) and made a conscious decision to make something more profound and enduring, reverting in part to the sound of 1982’s unutterably dark Pornography in search of that. What we get with Disintegration is a sense of multiple musical threads coming together and culminating in a magnum opus.

Disintegration’s celebrated status lies in The Cure’s ability to marry the melodic tendencies that had brought them commercial success in the three-minute pop single format with extended, gothic and complex structures stretched out to, in some cases, nearly 10 minutes. It’s a terrific example of musical architecture. The final third, in particular, is an exercise in slow release as all of its tracks last over six minutes. The title track’s ringing low-end guitar in an exceptional moment, as is the opening ‘Plainsong’ with its dystopian synth gloom. ‘The Same Deep Water As You’ sprawls out to nearly 10 minutes, unfurling itself with high-end bass straight out of Joy Division’s Closer. Porl Thompson’s solo that bursts in nearly five minutes through the cinematic ‘Pictures Of You’ is a singularly glorious moment.

But there are a handful of more radio-friendly moments to reel in the uninitiated Cure listener and which slightly off-set the gloom of Disintegration. For instance, the sparse gothic space of ‘Lullaby’ that reached no.5 in the UK Singles Chart and the sonorous, lingering keyboard figures on ‘Lovesong’ (now known to most of the world by Adele’s cover version of 21) vitiate the massive soundscapes elsewhere on the album.

While there’s nothing on it with the joyful melodic knockout of ‘Just Like Heaven’ or ‘In Between Days’, Disintegration very much feels like a definitive statement, particularly because of its epic 71-minute length. The nature and themes of the songs and the way they’re ordered, particularly with the aforementioned final third of the record lasting over half an hour, made it a bit of a gamble for Fiction Records to go along with in the wake of The Cure’s recent commercial success. They needn’t have worried, however – Disintegration reached no.3 in the UK and hit the Top 20 of the US Billboard 200, and remains The Cure’s biggest selling album worldwide, with over three million copies shifted. The corresponding The Prayer Tour saw them play to tens of thousands of fans every night, although it was hugely stressful for the band themselves, and The Cure headlined Glastonbury Festival upon their return to Britain in the summer of 1990.

One more great Cure album was to follow – 1992’s sublime Wish, which housed the eternally popular single ‘Friday I’m In Love’. Opinions vary on their subsequent output, the best of which has probably been the relentlessly heavy Bloodflowers (2000) that completed Smith’s self-styled ‘trilogy’ of albums that he feels best define The Cure – the others being Pornography and Disintegration itself. Certainly they’re the darkest and most ornate Cure albums you can get. But their 1989 effort is their most complete and enduringly vital album, and no serious record collection should be without it.

Listen to Disintegration by The Cure here via Spotify, and tell us what you think below!