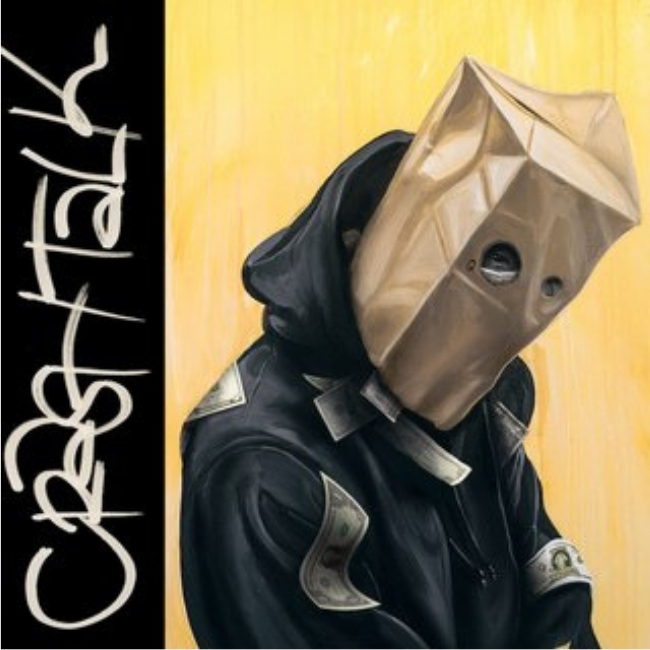 On ‘CrasH Talk’, ScHoolboy Q reflects on a decade in the rap game with a more mature effort, despite some unnecessary filler.

It’s evident that ScHoolboy Q fills a very needed niche in the rap game. A mix between a deranged party animal and a vetted gang member hardened by cold realities, Q’s role is similar to that of a sitcom’s cool uncle but with a lairy twist. On earlier efforts like Setbacks and Oxymoron, the latter being responsible for breaking him into a more mainstream audience, the Cali rapper presented a fast-paced party lifestyle where ballin’ and stunting were everyday occurrences. On his last outing Blank Face three years ago, he continued this narrative but upped the gangster image that moulded much of his mentalities as a child. CrasH Talk is definitely a continuation of this dual lifestyle.

Following a relatively quiet few years, having publicly discussed his battles with mental health as well as how he’s dealt with losing close friends, the ScHoolboy Q has come with new sense of wisened reserve on his latest effort. Whilst Q hasn’t lost his blunt demeanour or money motivated ways, there’s an air of sincerity present on CrasH Talk that gives the project a more personal feel than his past work.

CrasH Talk is also Q’s most cohesive piece of work. With hollow, off-kilter flute melodies on ‘5200’ and hazy, melancholy beats on tracks like ‘Dangerous’, which features a delicate chorus from legendary crooner Kid Cudi, the album has a cinematic feel to it. On recent single, ‘CHopstix’, disjointed piano keys add a theatrical element to the track. The track, much like the video, has a music box element to it that makes it one of the more unusual songs in his discography. This cinematic motif is especially clear on the song ‘CrasH’. With sloping strings and a quiet drum accompaniment, the song almost feels like it could fit into a film-noir scene. (It certainly wouldn’t sound out of place on L’orange’s ‘The mad writer’ either). The track adopts a reflective tone as Q details intoxicated indulgence and how he’s retreated into a lavish lifestyle to avoid the troubles that will ultimately lead to his crash.

The way Schoolboy Q presents his aforementioned dual lifestyle is also noticeably different. On ‘Floating’, Q seems uncaring as he asyndetically lists the things that have elevated him to his certified position. In having such menace to it, Q adds a darker feel to the standard gangster narrative. The song also features a sinister but fairly standard 21 Savage feature. He also plays on dark humour when stating that he’ll hop out of a coupe like ‘Jack in the box’ when he sees opps on the relentless and in your face ‘Numb Numb Juice’. No longer revelling in his destructive nature, Q has metamorphosised into a man of efficiency when having to deal with such problems.

The other side of this duality arises from him reaching the upper echelons of the rap game. No longer a newcomer, Q has reached a certified status as one of hip-hop’s middle generation stars, and he knows it. Tracks like ‘Attention’ see him detailing on how he’s rubbed shoulders with iconic rap figures, counting himself amongst the best in the west coast scene with the lowriding carefree banger ‘Lies’ reflecting his comfortability in his west coast scene. No longer the young man he was 10 years ago when he first entered the scene, he discusses the challenges of being an older man who’s come from a hardened background. Alongside hood stories on ‘Tales’ we see the potential of Q’s storytelling abilities.

Unfortunately, CrasH Talk’s biggest fault lies in the amount of filler verses it contains. Though they are enjoyable songs, the amount of flexing and stunting done on the projects leaves listeners wanting more substance over style. This is especially the case on the unneeded ‘Water’ which features pretty uninteresting verses from both Q and Lil Baby although the repetitive hook, which sees Cardo channelling Ski Mask The Slump God’s eccentricities, is a little bit of an ear worm.

In a time where oversaturation within hip-hop means projects can very easily come and go, CrasH Talk’s sleek and uniform sound, ensures that SchoolBoy Q will continue to be one of the new school’s most consistent powerhouses and that fans will be hungering for his next project. (7/10) (Daniel Antunes)

Listen to CrasH Talk by Schoolboy Q here via Spotify, and tell us what you think below!