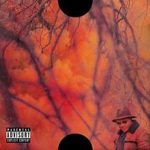 It has been a tough time for Top Dawg Entertainment in recent years. Yes, there has been the unrivalled success of Kendrick Lamar and his classic To Pimp A Butterfly, but on the whole, the label’s reputation and visibility has certainly dropped from its peak buzz back in 2012. Jay Rock’s 2015 album 90059 remains painfully underrated and Ab-Soul’s These Days was passable at best, but in ScHoolboy Q‘s Blank Face the independent label holds its best chance of achieving commercial success since TPAB dropped.

Blank Face is a refreshingly ambitious affair that never fails to provide intrigue for the listener. ‘THat Part’ is a nice piece of faux-pop, with minimal beats and a simplistic hook, that engages nicely with the mainstream without bowing to its pressures, the fact it houses one of the best features in Kanye West’s storied career is an added bonus. ‘Dope Dealer’ is a similar story production wise, but it is the vocal style of Q and the combined feature of E-40 which lead to the track being a true standout moment. ScHoolboy constantly finds the ability to alter his rap to fit seamlessly and it makes for an album with a range that hasn’t been seen often recently (I’m looking at you, Drake). The playful abruptness in E-40’s verse comes to the forefront and adds another layer to a song and album already full of pleasurable surprises.

It wasn’t too long ago that it was ScHoolboy who was seen as raps next big thing before Kendrick steamrolled everything, but Blank Face is a good reminder of just why this was the case. The album serves as a celebration of all things West Coast, and that is seen in the features the old-school The Dogg Pound brings during ‘Big Body’ a track overflowing with catchy melodies and bars. While ‘Kno Ya Wrong’ is a blues infused piece of laid-back rap, the excellent production from The Alchemist and J LBS only adds to this–the fact it also features newest TDE signee Lance Skiiiwalker is an added bonus. Still the album at 72 minutes long does border on the repetitive at times; the constant talks of violence and girls feels clichéd and that is never not more apparent than in ‘Overtime’, a track which even ScHoolboy Q admits to being forced onto the record by Interscope, feels just that –forced, as it trudges along.

Overall, that would be a small gripe with an ambitious record which is both captivating in the way it stands out and comforting in its pop-sensibility. Blank Face is a record which can thrill every fan of rap in its ambition to combine genres and is a brilliant reminder of just why the man from California garnered such hype in the first place. (8/10)

Listen to Blank Face here via Spotify, and tell us what you think below!