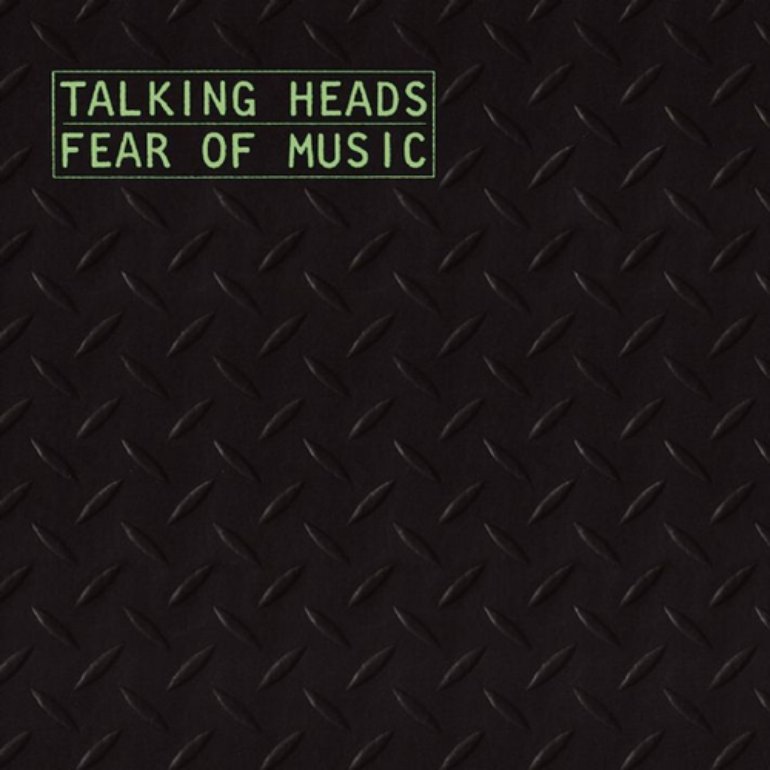 The punk explosions of the late Seventies were widely imagined as a ‘year zero’ for pop music, a point where artists should rip things up and start again. But no sooner had bands like the Sex Pistols laid down their destructive manifesto than a new wave of groups came along and started to ambitiously re-mould punk and pop into something new, exploring complex concepts and new sounds while being careful not to fall into the excesses of rock’s older practitioners, which the movement eschewed. One of the more inscrutable records to fall into this category and balance the fine line between high art and mass entertainment is Fear Of Music, the third album by New York’s Talking Heads at a time when they had never been bigger yet couldn’t have been more uncomfortable with it.

While often bracketed along with punk and new wave, Talking Heads’ take on that zeitgeist had always been artier, emphasising minimalism and reconstruction rather than the indulgence of noisy nihilism. Where their first two albums had consisted of offbeat vignettes about the alienated nature of life in America, Fear Of Music went deeper, and saw chief songwriter David Byrne turn his lyrical focus inwards on his own, anxiety-ridden conscience. With a tracklisting largely consisting of one-word titles, Fear Of Music presented itself as a series of puzzles to be figured out or interpreted, rather than as an easy platter for quick consumption. This was the result of a calculated move, and in retrospect seems like a critical juncture in Talking Heads’ evolution in terms of Byrne’s increased creative control and the sonic direction in which they would travel.

The group had been somewhat thrown by the success of their cover of Al Green’s ‘Take Me To The River’, which became their first Billboard Top 30 hit when released as the sole single from 1978’s second album More Songs About Buildings And Food and had led to a performance on ‘American Bandstand’ in March 1979, by far and away the most exposure Talking Heads had ever received at that point. In the days afterwards, Byrne and his bandmates decided they didn’t want to be pigeonholed as a ‘singles band’. As the singer told Rolling Stone during their US tour later that year: “We’re in a funny position. It wouldn’t please us to make music that’s impossible to listen to, but we don’t want to compromise for the sake of popularity.”

In April, they holed up in a loft space owned by drummer Chris Frantz and bass player Tina Weymouth and set about making demo recordings with the aim of creating a thematically coherent collection of songs, particularly focusing on disco-influenced rhythms and without worrying about commercial pressures for hits. The following month, a sound engineering van parked outside the loft space and fed cables into the makeshift studio so that Brian Eno – formerly of Roxy Music and who had produced More Songs… with the Heads – could capture them and treat the finished recordings electronically afterwards. Byrne’s inward focus produced a set of nervy, neurotic songs that presaged our modern state of hyper-vigilance and all-pervading anxiety, perpetuated by news cycles and social media.

The album’s severe artwork, resembling a manhole cover, reflects the foreboding and unmistakably urban nature of the songs, as well as the musical textures within. The retention of Brian Eno behind the production desk was a key decision, with his hyper-processed sonic aesthetics adding a sense of futuristic dread to proceedings. Talking Heads throw down the gauntlet to their fanbase from the very first track, the disco and African-tribal rhythmical hybrid ‘I Zimbra’ whose nonsensical lyrics are based on a Dadaist poem by writer Hugo Ball. With ethereal guitar effects added by King Crimson’s Robert Fripp – the same guitarist who had laid down billowing jets of treble on David Bowie’s ‘”Heroes”’ 18 months before – the song not only set the tone for Fear Of Music, but also for its even more impressive successor Remain In Light.

The skewed, funk-driven repetitions of ‘Mind’ score through Byrne’s bleak, paranoid lyrics that describe a burned-out love affair. Utterances of “everything seems to be up in the air at this time” seem to echo the trends towards alarmist news reporting in Western media and its warping effect on popular consciousness, an aspect that makes the song seem even more prescient today. On the comparatively conventional ‘Cities’, he’s fascinated by human life and the way people shape their surroundings, and vice versa. The driving rhythm of ‘Paper’ was anchored in the group’s more conventional post-punk origins and perhaps fits better on More Songs…, but showed signs of evolution.

For the most part on Fear Of Music, Byrne, who had hitherto often concerned himself with society and politics in his lyrics, uses his own neuroses and anxieties for inspiration. On Talking Heads: 77, for example, he was singing ‘Don’t Worry About The Government’; two years and two albums later, he was singing about ‘Air’ and paranoia concerning purity and pollution (“What is happening to my skin? / Where is that protection that I needed? / Air can hurt you too”). The same kind of preoccupation with the self is there on the mid-album knockout duo of ‘Life During Wartime’, evoking a Blade Runner­-esque post-apocalyptic vision of a gutted city, and the stiff, almost frozen funk of ‘Memories Can’t Wait’. Byrne laments his painfully introverted state, but still concludes that the “party in my mind” is better than interacting with the world going to hell outside his window.

‘Heaven’ is perhaps the most interesting of all, representing the Heads’ first out-and-out ballad and which sees Byrne philosophise on the nature of the afterlife and paint a soulless, sterile picture of the idea of everlasting happiness (“heaven is a place, a place where nothing / nothing ever happens”). The acoustic version presented on 1984’s wonderful live album Stop Making Sense is, if anything, even more spine-tingling.

Byrne’s frantic disposition threatens to tip over into outright psychosis on ‘Animals’, with its complex polyrhythms and guitar licks, and the stretched and fragmented riffs that constitute the alarmingly unsettled ‘Electric Guitar’. The album ends with its creepiest and most mysterious moment, the dissonant guitar jabs and atmospheric synths of ‘Drugs’. Just like how the record opens with ‘I Zimbra’, it presages the themes of Remain In Light – cryptic, skeletal and otherworldly.

Of all of the American post-punk bands of their era, Talking Heads have arguably the biggest legacy. As influential as Television yet as popular as Blondie, their music was as capable of filling dancefloors as it was provoking heated academic discussion. As great and as distinct as their first two records were, Fear Of Music represented the point at which David Byrne and his colleagues began to develop a truly unique identity. Few bands have struck as exquisite a balance between the difficult and the accessible as Talking Heads did. Forty years on, it still stands as a marker for artists who want to both broaden and deepen their aesthetic, opening themselves up to a bigger fanbase while keeping their existing one onside. Its influence on a range of bands, from Radiohead (who took their name from a track from the group’s True Stories record) through Animal Collective and Vampire Weekend to new acts like Shame and Fontaines D.C., is obvious, and Fear Of Music will doubtless continue to be a reference point for many more acts to come.

Listen to Fear Of Music by Talking Heads here via Spotify, and tell us what you think below!