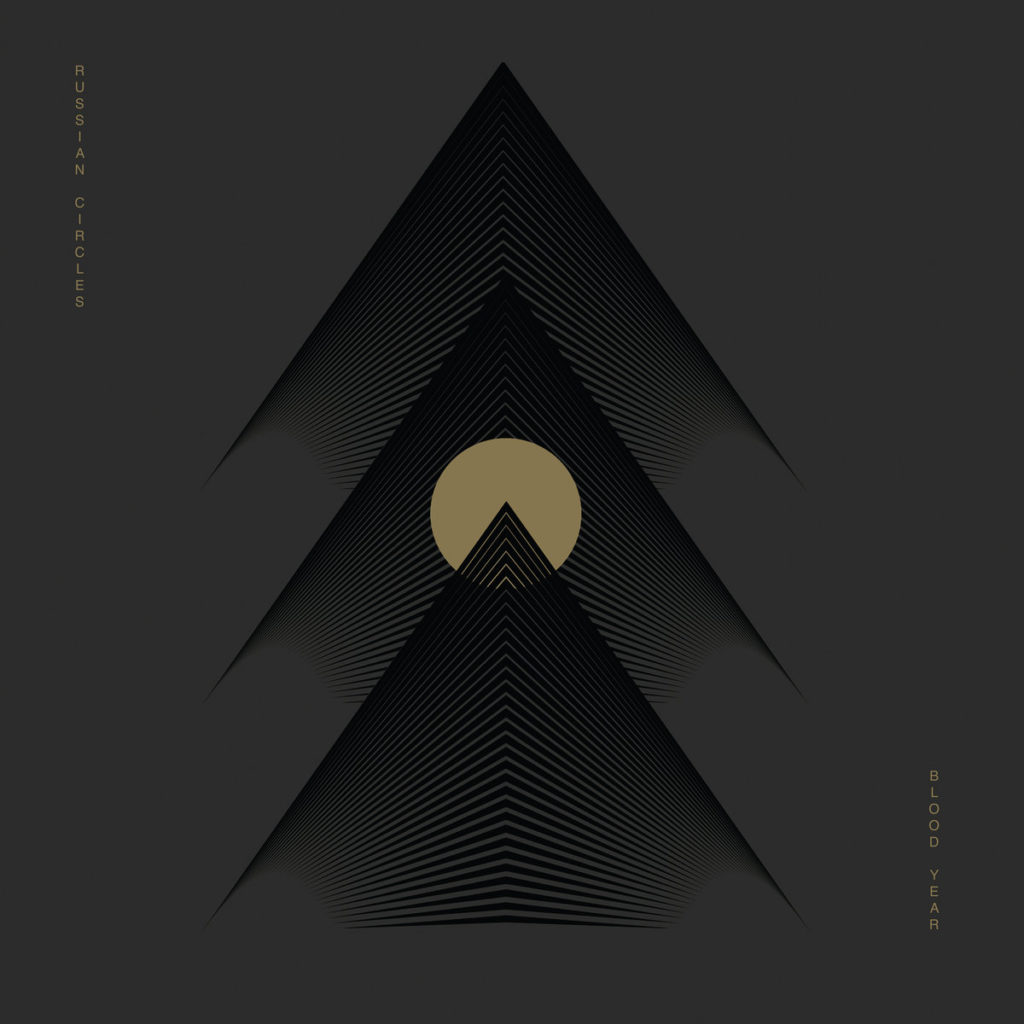 ‘Blood Year’, the seventh album by Canadian post-metal stalwarts Russian Circles, is sadly their weakest and most inconsistent record to date.

Post-metal is a dark, gloomy and fundamentally experimental genre – a thought-provoking synergy of post-rock ambition and black metal dominance, usually portrayed by blast beats. Albums like Deafheaven’s Sunbather or, more recently, Brutus’ Nest are archetypal examples of this bent towards innovation. Chicago instrumental trio Russian Circles – consisting of guitarist Mike Sullivan, bassist Brian Cook and drummer Dave Turncrantz) – reside in the milieu of groups like Neurosis, Jesu and Lungfish who, unlike Deafheaven or Wolves In The Throne Room, eschewing blast beats. However, Russian Circles also exert the same emotional receptivity of post-rock groups like Mogwai and If These Trees Could Talk. Despite lengthy guitar passages governing most of Russian Circles’ songwriting, the occasional heavy, chugging riff (‘Lebaron’ and ‘Harper Lewis’) or imposing field of distortion (‘Mlàdek’ and ‘Atackla’) penetrates the mix. The only time vocals have been introduced was on the closing title track of their 2013 album Memorial,featuring Sargent House labelmate Chelsea Wolfe.

Their previous LP Guidance was a much heavier and confrontational endeavour for the group if tracks like ‘Vorel’ and ‘Calla’ were anything to go by. Following on from this, their brand new seventh album Blood Year can be considered a post-metal album in the Deafheaven sense where the track ‘Milano’ goes so far as to incorporate blast beats as well a plethora of tremolo-picked notes. But sadly, this is by far and away the Chicago trio’s weakest and most inconsistent record to date.

Previously, albums like Geneva and Empros saw each track fading into one another in congruous unity. Contrariwise, Blood Year is disconnected and even mind-numbing at times. Prefaced inadequately by the opening track ‘Hunter Moon’, ‘Arluck’ feels like a cobbling together of unadventurous riffs that are attention-grabbing for about two minutes before that attention slowly dissipates, despite Cook’s noticeably huge basslines. The closing track ‘Quartered’ suffers from its monotony and merely wields half-hearted zeal.

‘Kohokia’ is the definitive saving grace of this album where the band’s ideas and performance are more in tune with who they are. From the heart-wrenching despair of the intro to the cataclysmic whirlwind of drums, bass and guitars; this song is orchestrated beautifully. ‘Ghost On High’ serves as a more enhancing introduction to ‘Sinaia’. While ‘Sinaia’ is another highlight moment on Blood Year, the lack of melody in its soundscape of harsh, lo-fi production warrants more variety.

It’s not easy to admit that this new Russian Circles album is as flawed as it is. Up until this point, their catalogue has been very deep-seated and evoked a stick-to-your-guns attitude. The same simply cannot be said for Blood Year. (5/10) (Harry Beynon)

Listen to Blood Year by Russian Circles here via Spotify, and tell us what you think below!