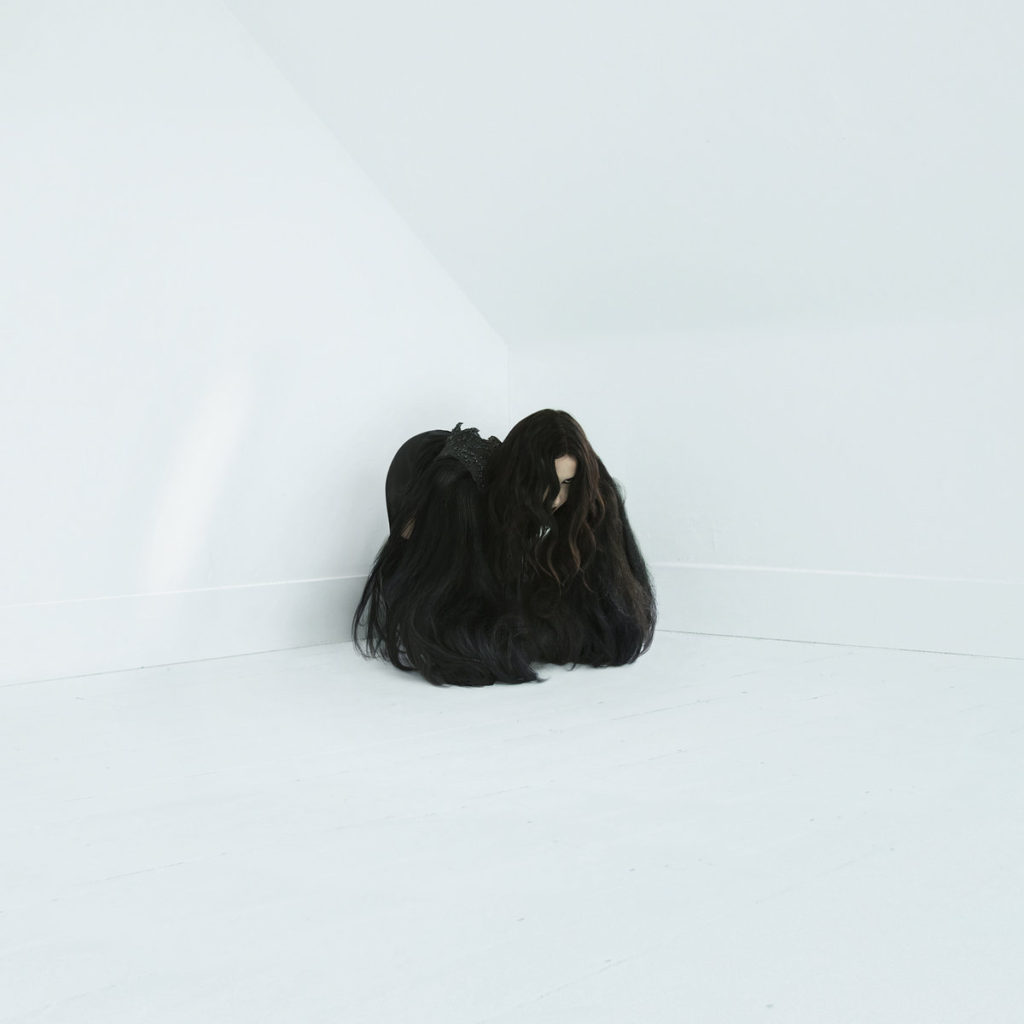 Looking up Chelsea Wolfe’s Wikipedia page, the black and white photograph adjacent the article portrays her in a bleak, dim light, adorned by a white robe, guitar in-hand, with a slightly pained expression on her face. The image is undeniably gothic in its aesthetic, and brings to mind some of the similarly bleak, black and white portrayals of Sylvia Plath (if Plath had ever decided to trade in pen and paper for distortion-fuelled doom music). The reason this resemblance is more potent than just simply coincidental, is the shared knack between these two women to instil foreboding and a depressing sense of dread, that is also somehow distinctly feminine, into their respective forms of self-expression. Not to mention both of their semi-icon status in the gothic/doom scene.

While extensively touring in America in support of her 2010 debut The Grime And The Glow and the immediate follow-up Apokalypsis, Wolfe would even wear a black veil to cover her face. According to her, the gesture was out of sheer crippling stage-fright, but the way it plays to her dark image is particularly fitting. While at first, she was more often than not categorized as “doom folk”, her leanings towards the darker end of the spectrum got more and more pronounced with each subsequent album. And if people thought that 2015’s Abyss was as heavy as she could push herself, then they certainly should have been taken aback by the unrelenting gothic drone of her newest release – Hiss Spun.

There’s a lot more that could be said about Wolfe’s status in the metal community. Perhaps it’s this part of her fan-base that pushed her into darker and darker realms of sound as her career progressed, or perhaps it was always her more definitive side, and the folksier, lo-fi elements of earlier albums were there because of a lack of recording budget and experience. Either way, Hiss Spun pretty much ditches any previous folk tendencies, with the exception of the penultimate track ‘Two Spirit’, which, while being undeniably dreary and depressing, almost pales in comparison to the non-stop distorted droning that plagues every other cut on the album.

Where the doomsday vibes of Abyss were interrupted at least once in a while by the occasional electronic sound or a few strummed chords on an acoustic guitar, Hiss Spun gives the listener no such breather. The amount to which Wolfe embraces endless doom is physically tiring, and, by the end of the album, borderline funny. It reminded, if only in the over the top tone, of the cartoon parody band Dethklok. Opener ‘Spun’ is a good sum-up song for the album, as most of the tracks are hard to differentiate between each other, other than to what extent the treble was turned up on the distorted guitars. Droning background guitars, ritualistic drums, a lead distorted guitar doing its best to give the songs more of a sense of harmonic progression, and the saving grace of Wolfe’s admittedly interesting voice and way of wailing delivery.

However, even that turns a bit too bleak when, on ‘Offering’, the only song on Hiss Spun that indulges in some very minimal electronic Nine Inch Nails vibes, where the constant assault of distortion isn’t carrying the song as much, Wolfe’s delivery starts seeming excruciatingly uninspired. By the end of what seemed like an ASMR trip for a masochist, I was all too fondly looking back on the days of, at the time what seemed like the epitome of dark, Abyss.

Hiss Spun is not a terrible album, but it is seemingly the most uninspired one in Wolfe’s current catalogue. What made albums like 2013’s Pain Is Beauty enjoyable not only to the hardened metalheads, was the artist’s interplay of her different influences. Sure, it was consistently dark, but it didn’t wear you out. Even Plath’s most demanding and gloomy poems are less draining. I’d rather be getting depressed over those any day. (5/10) (Ellie Wolf)

Listen to Hiss Spun by Chelsea Wolfe here via Spotify, and tell us what you think below!