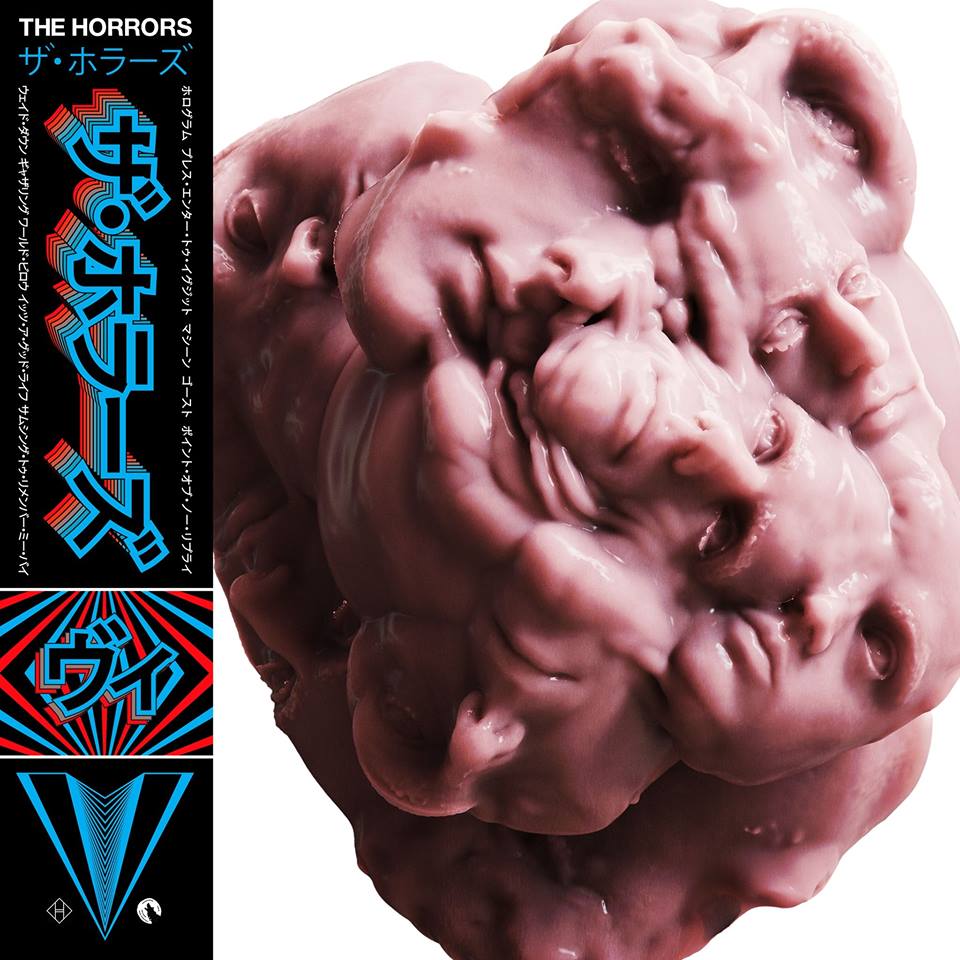 With a fourth exceptional album in a row, The Horrors are now surely the best British guitar-based band of the last ten years.

The best part of a decade on from one of the last great musical reinventions in recent memory in the shape of 2009’s Primary Colours, The Horrors have been consistently at the top of their game when it comes to fusing foreign elements with their trademark brooding goth-ness. Krautrock, psychedelia, rock and arena-bound synth-pop have all combined at various points to make Primary Colours, 2011’s Skying and 2014’s Luminous some of the most inventive and enjoyable British guitar-based albums of the recent past. None of those records seemed remotely possible a decade ago when the five-piece released their 2007 debut Strange House, a flat-pack collection of passable but ultimately two-dimensional garage-rock.

The Horrors haven’t looked back since, and their fifth studio album – rather unimaginatively dubbed V – arrives at a point where their fans know pretty much what to expect from them. That doesn’t mean that there aren’t still new sounds or paths for the band to explore, and V sees them striving even harder to infuse their majestic, engulfing sounds with ever more texture. Overwhelmingly, it works, and the template that The Horrors laid down eight years ago is still paying generous creative dividends.

Faris Badwan’s sighing, death’s head voice is in as fine form as ever before, and Tom Furse’s effects box is frequently found working overtime to inject V with washes of cinematic technicolour. The quality lead single ‘Machine’, out for three months now, gave an accurate sample of its parent album – built from time-stretched, fucked up percussion samples (including what sounds like a ping-pong ball bouncing), it builds to a satisfyingly noisy and chaotic affair, different to what their last three albums sounded like.

Atmospheric opener ‘Hologram’ very much sets the tone for V, coming across like Björk’s ‘Army Of Me’ if it were played by Ultra­-era Depeche Mode – all arena-sized industrial beats that cruises rather than soars. The brooding Cure-esque ‘Ghost’ is engulfed with sparkling, twinkling effects courtesy of Furse; ‘Press Enter To Exit’ has a kind of elongated p-funk guitar flourish in its riff, a sign of the band’s determination to push their established sound just that little bit further. All very Horrors-esque, but the simple truth is that virtually no other bands out there can do this kind of thing as well as they do.

For the most part, V is almost oppressively grey in its monolithic sound, but airier and sparser moments come in the shape of the gentle ‘Point Of No Reply’ and the acoustic-guitar driven ‘Gathering’, in which Furse’s effects serve as a bedding rather than the decoration. It all culminates in the stunning closer and current single ‘Something To Remember Me By’, a scintillating New Order-esque synth-pop diamond whose Balearic vibe bleeds through The Horrors’ trademark gloominess and takes it to another place entirely. When The Horrors take on the festival circuit next summer, it’s certain to be a massive crowd pleaser.

If there’s one complaint to be made about V, it’s that some of its songs tend to drift, not developing or travelling in any particular direction and therefore outstaying their welcome. Virtually all of the tracks indulge themselves well over the five-minute mark, with no good reason in many places. In particular, ‘Press Enter To Exit’ features an entirely inconsequential coda section, while the lugubrious, molasses-like rhythm of ‘Weighed Down’ could have done with trimming. Just because The Horrors can pull off the brooding, swirling gothic epic, doesn’t mean they should attempt it all the time.

However, in terms of a general direction of travel and attitude toward innovation and change, V demonstrates that The Horrors have got a good deal of mileage left in them. There are very few British guitar-based bands around that are still even trying as hard as they are, never mind as successfully. (8/10) (Ed Biggs)

Listen to V by The Horrors here via Spotify, and tell us what you think below!