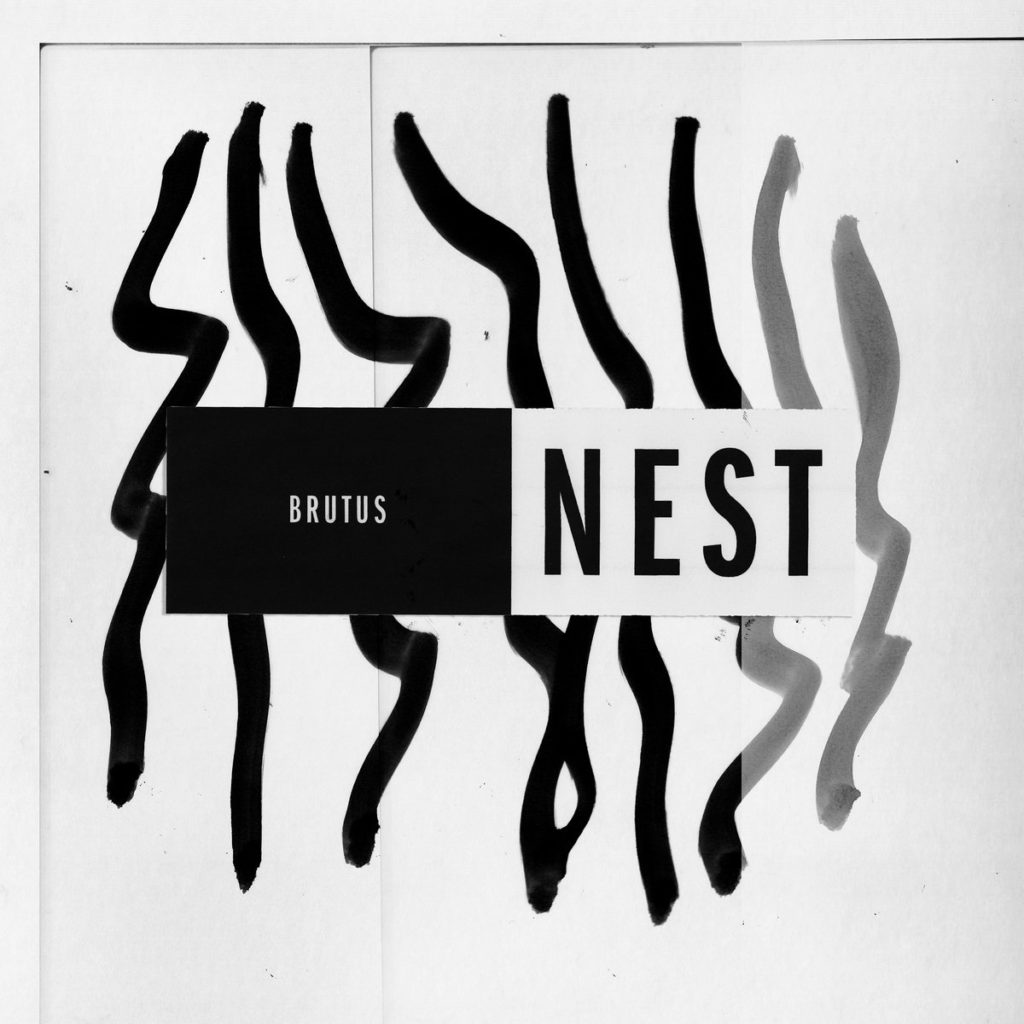 If you haven’t already, meet Belgian post-metal trio Brutus who formed back in 2013 in the Leuven region. Their idiosyncratic blend of hardcore, hard rock, post-rock and, to some extent, black metal and progressive rock, attracted early attention from several high-profile musicians, including Dillinger Escape Plan vocalist Greg Puciato and Metallica drummer Lars Ulrich.

What makes Brutus a unique trio is the singer/drummer Stefanie Mannaerts. It’s not often that trios opt for the drummer to handle vocal duties because of difficulties with playing and singing simultaneously. Then again, it can be done well, with Grant Hart from Hüsker Dü who shared vocal duties with Bob Mould being a key example. Mannaerts is joined by guitarist Stijn Vanhoegaerden and bassist Peter Mulders. Together, through their debut record Burst back in 2017, they culminated an energetic, blistering and blood-pumping experience.

Now the trio are back with their new sophomore LP Nest. To give an indication of what to expect, imagine Godspeed You! Black Emperor, Deafheaven and Baroness merged as one unit. When listening to this album, you can hear these different styles clashing with one another, as though they are fighting for the most attention. This adds to the chaotic and astringent nature of the album with tracks like ‘Cemetery’, containing Baroness-driven guitar chords and heart-wrenching vocals from Mannaerts, personifying this chaos. Contrastingly, the song ‘War’ begins with a despondent guitar melody before transmogrifying into a crescendo of crashing cymbals combined with atmospheric and emotional tremolo picking passages. Mannaerts vocals and lyrics are emotionally deep-cutting with “Unleash war / Your hate will always be my guide / This time again / After all the tears we had”.

The overall acerbic production of the album is also promising, given the fact that band members in power trios have nowhere to hide. Tracks like ‘Blind’ and ‘Techno’ are balanced perfectly between their brusqueness and sound quality. Moreover, ‘Techno’ features an exquisite, post-rock-inspired guitar melody in the bridge and ‘Space’ further capitalises on this. Mulders’ bass tone is especially prominent on the opening track ‘Fire’ that gives the song an inescapably dark undertone.

It would be impossible to not give props to this album. The fresh amalgamation of the various genres listed at the start of this review is simply astonishing. Brutus have expanded on their wide-ranging sound on Nest and have arguably exceeded the quality of their debut. This band is certainly one to look out for in the years to come. (8/10) (Harry Beynon)

Listen to Nest by Brutus here via Spotify, and tell us what you think below!