REVIEW: Billie Eilish – ‘When We All Fall Asleep, Where Do We Go?’ (Darkroom / Interscope) 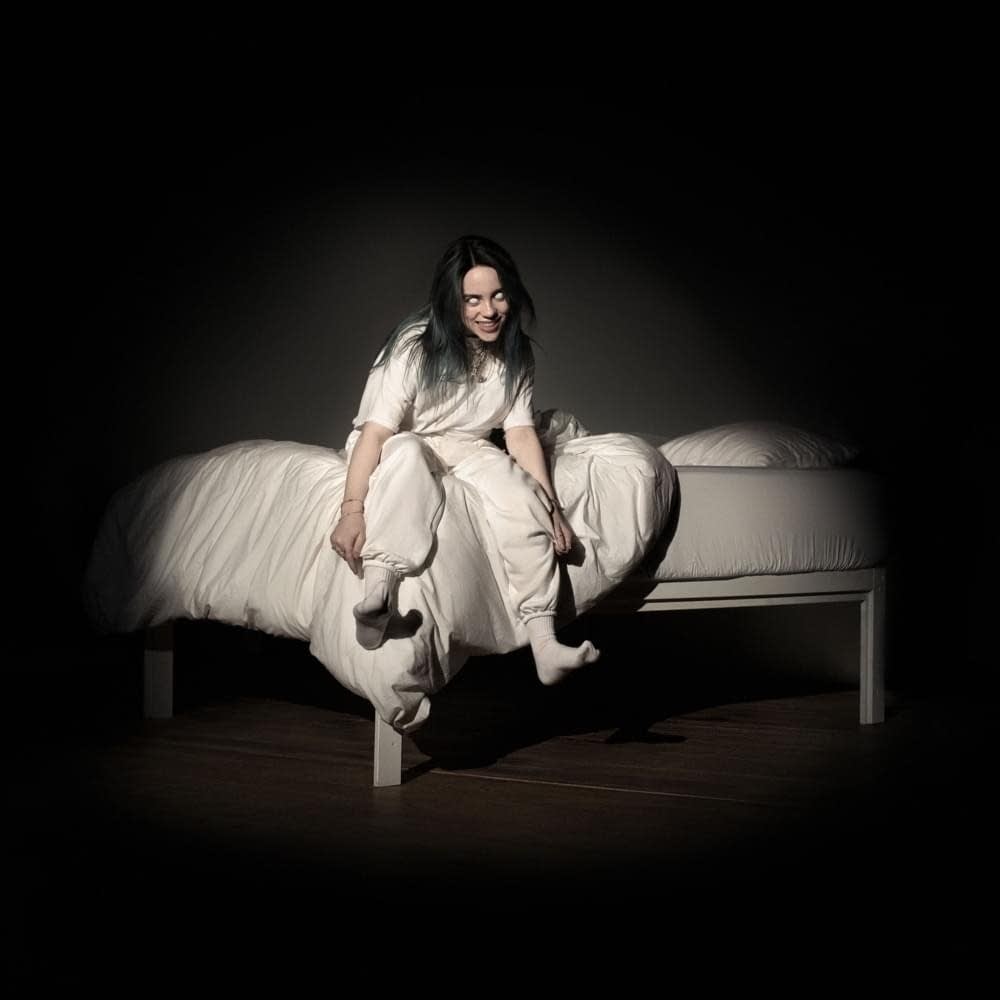 Full of teenage angst, drama, insecurity and insight, ‘When We All Fall Asleep, Where Do We Go?’ shows why Billie Eilish has been quite such a divisive figure.

The trends of youths are usually hard to grapple with for those who feel like they no longer represent the zeitgeist as it is. Billie Eilish, the 17 year old artist whose music both puzzles and amazes, finally releases a debut album that would supposedly round out what the artist’s sound is, and explain, to all the old geezers, why so many tweens and teens relate to Eilish’s (too?) edgy lyrics. Aptly named When We All Fall Asleep, Where Do We Go?, the debut houses many a catchy beat produced by Eilish and her brother Finneas O‘Connell at their bedroom studio. These songs arealready have andare about to narrate and soundtrack the lives of Gen Z, whether it’s teen angst concerning fitting in and dating, or depressive thoughts, all under the conceptual idea of sleep paralysis and the subconscious.

Consisting of new songs as well as tracks that have reached respectable spots in the charts for a while, such as recent hit ‘you should see me in a crown’, the album spans over 14 tracks, narrating Eilish’s horror-image adorned states of attractive cockiness, self-aware selfishness and heartbreak. The first track – a brief audio clip of Billie taking out her retainer with pronounced slurping noises – reinstates the public idgaf attitude that the teen upkeeps in 13 seconds. A kooky bass line sets in, with signature Eilish wispy vocals in harmonious layers subversively taking over the role of the bad guy, on the track, you guessed it, ‘bad guy’. It’s catchy, it resonates with teen transgression, and it’s a guaranteed hit, the most danceable track on the record.

‘xanny’ follows, with intended cringe or not, about the recreationally medicated state of American teens, and the hazy apathy that follows them, according to Eilish, who’s “in their second-hand smoke / Still just drinking canned Coke”. Criticising free-for-all drug use isn’t the worst thing to preach by the 17 year old singer, even if songs like ‘wish you were gay’ were criticised for its insensitivity towards homosexuality as an easy way out of an unrequited crush.

The trap and mumble rap influences can be felt on When We All Fall Asleep… in the best way, marrying Eilish’s idols of all genres, from the aforementioned to indie rock, or the thematically familial like Lana Del Rey or Melanie Martinez, into an indescribably attractive sound. Whether it’s alluring to all or only to the ones that are satisfied by a catchy, well-produced bass line (or unattractive – some say it’s ‘too simple’ and they ‘don’t get it’, but old geezers innit – but more on that later), it’s consistent with Billie Eilish as a songwriter, her songs garnering popularity and lyrics relatable to the teens of now, whether it’s the drama of ‘when the party’s over’ or the ego of ‘you should see me in a crown’ – a banger of sorts.

The amount of self-awareness of the naivete that follows teens of Billie Eilish’s age is a big part of the discussion around her and her music. Many teen idols and their followers have made large statements about life and thought they’ve seen it all in their teenage years to bite their tongues later, and Eilish follows suit, still on the other side of the fence, it seems. In many interviews, she’s stated that she knows “how it is” – more to advocate the validity of her songwriting than preach unending life wisdom, mind you – yet many have used that to undermine her as an artist, writing her off as a ‘know-it-all’ teenage girl whose songs don’t really have relevance to the adult world. But it’s quite peculiar to try and understand her stance from the distance of adulthood, and churlish to dismiss it on that basis. Her music is not aimed for, and is not written by an adult man, the typical Billie Eilish critic, so the way we ‘measure’ her music, if we measure it at all, needs to be adjusted accordingly.

Of course, one could say that Fiona Apple, one of the most notable songwriters of the ‘90s, wrote her groundbreaking debut Tidal when she was 17 as well, and it managed to resonate with all ages and is considered a classic, but to those I’d recommend looking back to the press of those days and checking whether Apple was taken as seriously then as she is now. Comparing Eilish to her is quite brave, yes, but female songwriters that matured right in the faces of the public have often been undervalued.

When We All Fall Asleep, Where Do We Go? isn’t perfect by a long shot, but it houses distinctive songwriting with up-to-date sound clashes that will seep into the coming of age of a generation. At times full of itself, at times too self-referential, it’s a collection of songs of Billie Eilish coming to grips with the world around her. Too ‘edgy’ for her own good or not, she firmly stands for what she believes in and has the music and has the fans to back her up, for better or worse. When We All Fall Asleep, Where Do We Go? is a solid attempt to create the unique musical mythology of one‘s psyche, personal to Billie Eilish and valued by many. (7/10) (Aiste Samuchovaite)

Listen to When We All Fall Asleep, Where Do We Go? by Billie Eilish here via Spotify, and tell us what you think below!

Tags: Aiste Samuchovaite, album, Billie Eilish, Darkroom, Interscope, review, When We All Fall Asleep Where Do We Go