“Caught By The River” – An Introduction to Doves 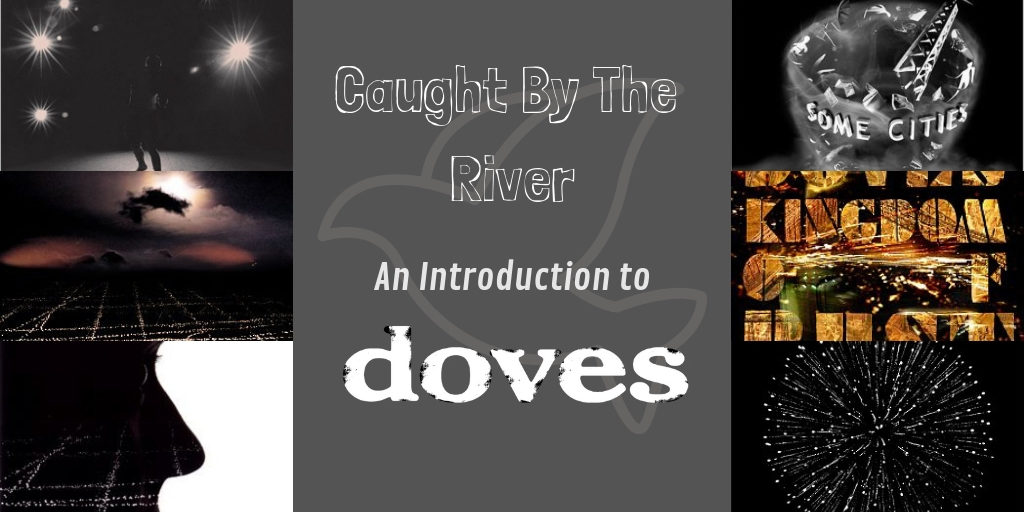 It doesn’t matter how big you might have been, ten years is a long time to be away. Certainly enough for an entirely new generation of music fans to have never heard of you. This is the curious context in which Manchester three-piece Doves recently made their grand return to music, announcing their reunion at the end of 2018 and set to headline a great many of those city-based festivals that market themselves as ‘family friendly’ later this summer.

They were a successful group in the same kind of way as Elbow became, breaking out of obscurity and having endured hardship to become at least something approaching a household name, as likely to get five-star reviews as appear on ‘Top of the Pops’ at the point at which the British guitar scene enjoyed a major resurgence at the beginning of the Noughties. At the peak of their powers, which many fans regard to be their first two albums just after the turn of the millennium, Doves were one of the biggest guitar bands in the country, winning critical and popular claim in equal measure.

READ MORE: “If It Takes You Home” – An Introduction to Idlewild

But it hadn’t always been that way. Since they met at school in Wilmslow, Manchester at 15, bassist/lead singer Jimi Goodwin and twin brothers Andy and Jez Williams (drums and guitar respectively) have been making music their entire adult lives. Well before they formed Doves in the late Nineties, their first incarnation was as the dance act Sub Sub. They scored a UK no.3 hit in 1993 with ‘Ain’t No Love (Ain’t No Use)’, but in February 1996, their studio in Ancoats was destroyed in a fire, which wiped out the entire progress they had made on a second album. Soon after reinventing themselves in 1998 as Doves, an alternative rock outfit, they suffered the loss of their manager Rob Gretton (ex-Factory Records, and former manager of Joy Division/New Order) who had signed them to his own Casino Records and released three EPs.

However, Doves triumphed in the face of these terrible setbacks. Finding a new home in established indie Heavenly, and off the back of the slow-burning success of 2000 debut album Lost Souls which was nominated for the Mercury Music Prize that year, 2002’s The Last Broadcast entered the UK Albums chart at number one, spurred on by the Top 3 success of its lead single ‘There Goes The Fear’. Its follow-up, Some Cities, repeated the achievement in 2005. Their fourth and last album, Kingdom Of Rust, was kept off the summit by Lady Gaga’s The Fame by just four copies in 2009, reportedly the closest-run chart race in British history. A best-of album, The Places Between, followed in 2010, before the trio announced they were parting ways.

Their very best songs combined the typical dynamics of stadium rock – huge choruses; vertiginous rock mountain-scapes; soaring melodies; sprawling vistas of reverb and echo – with the kind of gruff, resigned and low-key introspection more associated with lo-fi and resolutely un-commercial indie. Doves were lazily tagged as miserablists – perhaps easy to understand on first impression, as their sound has always been as sepia-tinged and monochrome as their album artwork, full of blacks, greys and smoky whites – but their music was shot through with an almost stoic sense of humanity: that bad times are to be endured and good times enjoyed, knowing that each will pass with time.

One hates to use words like ‘workman-like’, denoting as it does plodding bloke-rockers like Ocean Colour Scene, but a significant factor in Doves’ appeal was that Goodwin and the Williams brothers looked and sounded like everymen. They were very definitely not rock stars, never entirely comfortable with the minor stardom they achieved. Personally, the memory of Goodwin lighting a cigarette on-stage while swapping with Andy Williams to sit behind the drums for ‘Here It Comes’ at their Eden show in Cornwall in 2003 sums it up for me – an action executed with an unplanned flourish that had nothing to do with showmanship and everything to do with the band’s innate personality.

It’s a wholly good thing, then, that the trio were eventually persuaded to reform Doves, performing at the Teenage Cancer Trust annual concert at the Royal Albert Hall in December 2018. With the addition of further shows – and, just maybe, another studio album – a new potential fanbase now has the chance to experience them. Given that it’s also the 10th anniversary of their most recent album Kingdom Of Rust, which was released in early April 2009, it seems as good a time as any to introduce newcomers to Doves, a band much better than their seemingly inevitable heritage-rock status in 2019 would indicate.

Check out our ‘Introduction To Doves’ playlist over at Spotify, and scope our whistle-stop guide to the band’s discography on the next page.