“If It Takes You Home” – An Introduction to Idlewild 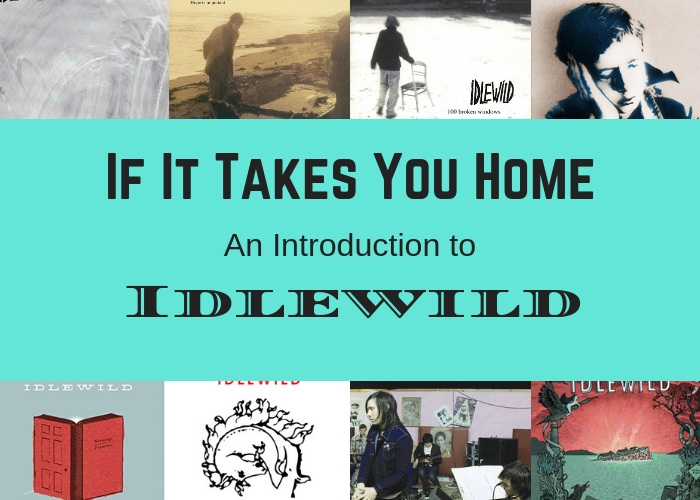 Released in October 1998, Idlewild’s debut studio album Hope Is Important was one of a handful of records that represented the green shoots of recovery for British indie after the collapse of Britpop the previous year. While it slipped into the British albums chart at a lowly-looking no.53, its appeal has quietly endured ever since, attaining Silver certification for sales of 60,000 copies. Twenty years later, this small but significant souvenir from a curious era of British indie is worth revisiting, in the context of what happened to Idlewild themselves – the ups they enjoyed and the downs they endured – and as a jumping-in point for exploring this most fondly remembered of cult bands.

Formed in late 1995 when singer Roddy Woomble, drummer Colin Newton and guitarist Rod Jones all met at a house party in Edinburgh, Idlewild – taking their name from the meeting place in Maud Montgomery’s 1908 novel ‘Anne of Green Gables’ – went from playing their first gig in front of 30 friends in January 1996 to releasing their debut single ‘Queen Of The Troubled Teens’ in local Edinburgh record shops. All the while, their reputation as a joyously shambolic live act, like a load of students falling down the stairs, grew by word of mouth.

Here was guitar music operating on sensitivity and subtlety once again, rather than relying on hagiographic nostalgia-worship and lazy machismo. With lyrics that increasingly grew in confidence, and displaying a natural talent for prose, poetry and logic conundrums that could focus on the literal as well as the lateral, Woomble’s vocals could go from a soft croon to a throaty, impassioned howl. Though their sound was quite capable of filling any venue, Idlewild’s true appeal was to the underground, fusing the sounds of the American North-Western and Scottish indie scenes, giving them a transatlantic sensibility and an automatic sense of kinship with every true indie fan.

As the Nineties turned to the Noughties, Roddy Woomble went from a possessed, physical livewire to a restrained, bookish bard in his stage presence, as their music underwent a similar maturing process. Their golden run from 1998 to 2005 produced intelligent tracks that targeted the heart as well as the brain, like the wounded ‘Love Steals Us From Loneliness’ or the orchestral-punk swell of ‘You Held The World In Your Arms’ – their talent was to make sadness, confusion and emotional turmoil seem like empowering qualities or noble undertakings.

Their debut album Hope Is Important arrived in October 1998, lighting up an otherwise moribund time for new British guitar music, and 2000’s 100 Broken Windows built upon that momentum by introducing more mature and accessible sounds. Maturing slowly but noticeably album by album, Idlewild went on enjoy UK Top 3 records, ‘Top of the Pops’ performances and headline tours in the new millennium. Their apex was arguably 2002’s The Remote Part, which spawned their one and only UK Top 10 hit single ‘You Held The World In Your Arms’ as well as eternal indie anthem ‘American English’.

Their momentum sputtered out, however, with 2005’s Warnings/Promises, an excellent record that sadly underperformed in the charts, and whose singles mysteriously failed to register with the public. They were dropped from the Parlophone group soon afterwards, and after one more album with large British indie label Sanctuary, 2007’s Make Another World, Idlewild seemed to draw a line under their career with greatest hits compilation Scottish Fiction later that year (plus excellent B-sides and rarities collection A Distant History).

Idlewild only operate sporadically in 2018, having been essentially inactive for the past decade. A crowdfunding campaign and a fan-led social media effort caused the group to release their 2009 album Post-Electric Blues, followed by a three-year hiatus in which the long-term future of the band was uncertain. Some highly emotionally charged tenth anniversary performances of the entirety of 100 Broken Windows in 2010, before silence ensued. Roddy Woomble’s solo career, now running into four albums, has been a partly satisfying distraction from his parent band’s absence.

However, Woomble and Jones began talking about new material in early 2013, a process that led to another line-up reshuffle and the band’s seventh, most recent album Everything Ever Written, emerging in 2015. The passage of nearly two decades had eroded neither Idlewild’s mercurial musicianship nor Woomble’s poetic, impassioned writing style and soft baritone voice. Happily, a recent Twitter exchange between Woomble and a fan revealed that the band is preparing another new studio

To mark the 20th anniversary of their first full-length release, we present a rough chronological guide to Idlewild’s discography, which can be accessed after the jump.

Furthermore, below is an Introduction To playlist on Spotify for newcomers to Idlewild – happy listening!