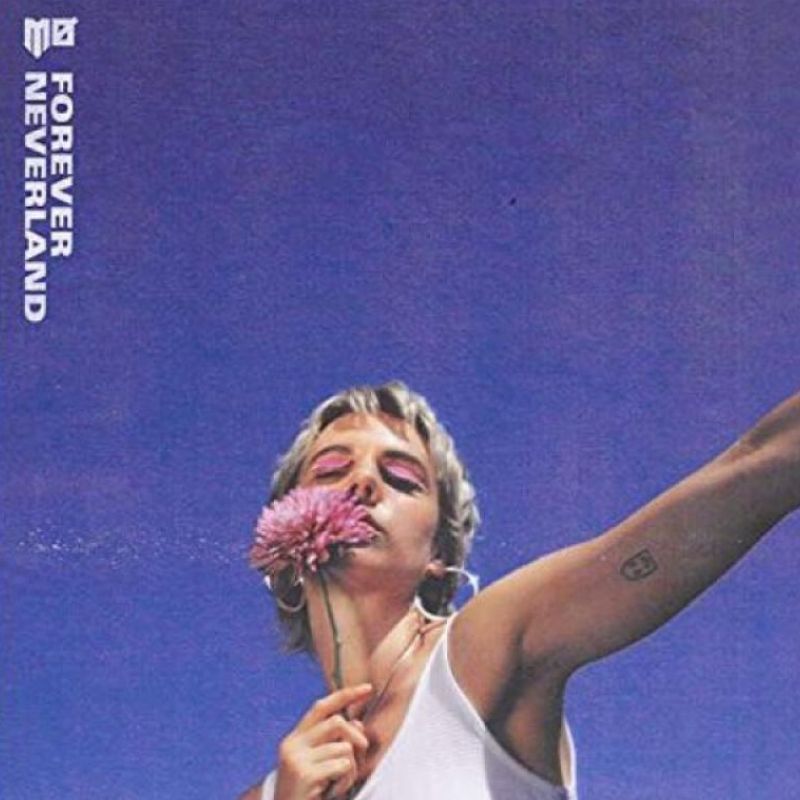 MØ once again proves that she’s fully capable of creating exciting music of her own, beyond collaborations with famous DJs and producers.

MØ emerged on the synth-pop scene a few years ago, largely thanks to the international hit ‘Lean On’ which was released in collaboration with Major Lazer. Since the song reached the top of the charts, MØ a.k.a. Karen Marie Ørsted, has become one of the most recognisable names in electronic music and another Scandinavian, pop sensation, next to artists such as Tove Lo, Robyn, or Lykke Li.

While MØ has long been a part of the female, synth-pop crowd, Forever Neverland is a step forward for the Danish artist in crystalising her own musical identity. Although she is still looking for her unique sound, something that would once and for all differentiate her from other, comparable singers, her eccentricity and likeable nature cannot be mistaken for anybody else’s. Similarly to MØ’s previous record, 2014 No Mythologies To Follow, her new material is sleek and sounds futuristic, blending all of the most contemporary dance-pop qualities into one, cohesive album.

‘Blur’ is definitely one of the best songs on the new record and possesses everything that MØ is absolutely best at – unforgettable hooks, fiery vocals and dark, personal lyrics. MØ confessed that the song was inspired by the time that she spent in Los Angeles, a place where you go to make it big, but often pay the price for it – the pressure of expectations and guilt of not taking all of the changes made MØ feel as if she was “trapped in a blur” even though it all “started out the way I wanted but it’s weird now […] don’t know how I ended here / trapped in a blur.”

The following song, ‘Nostalgia,’ turns away from Hollywood and allows us to look into the past of Ørsted. For MØ, nostalgia is a fruitful source of inspiration, a canvas for reflection about things that once were, but are no longer a part of her life. The memory of past lovers and heartbreaks seem especially vibrant in MØ’s songs, animated by her emotive voice when she sings “It was so beautiful / the love we had / can’t believe we let it pass” on ‘Nostalgia,’ or “I can see your face from miles and miles away / but heaven knows it’s gonna fade” on ‘Sun In Our Eyes,’ a brilliantly intense track created with the help of Diplo.

Extending the melancholic streak, MØ continues with ‘Mercy,’ which must be the go-to heartache song from her new repertoire. The pure anguish of the lyrics, complemented by the melodramatic piano and climactic guitar performance, make this collaboration between MØ, What So Not and Two Feet an incredibly satisfying one, if not one of the best tracks on the record.

Another song from Forever Neverland that stands out is ‘Red Wine’ which is probably the best reminder of MØ from her previous album. Built on an addictive beat and topped with an enticing melody, the song conveys a positive vibe, yet not without the dusky undertone in MØ’s lingering “and pour the red wine / red wine baby.”

MØ closes the album with ‘Purple Like The Summer Rain’ (a clear reference to Prince’s iconic ‘Purple Rain’), in which she confronts the doubts about her musical career in a melodramatic way. Finally, after admitting that “this is what I wanted all my life / no one can take it” it seems that MØ is facing away from some of her troublesome experiences and embraces the “sugar in my veins.”

MØ did a great job on Forever Neverland to keep her momentum going and prove that she’s capable of much more than starring as a guest artist on somebody else’s track and that she has a voice of her own in the often homogeneous world of electro-pop. What’s more important is that MØ still possesses the electricity in her voice, which conveys emotions so vividly and catches the listener tightly. Sometimes with only one melodic line, she’s capable of capturing more than a thousand words can. (7/10) (Alicja Rutkowska)

Listen to Forever Neverland via Spotify and tell us what you think below!