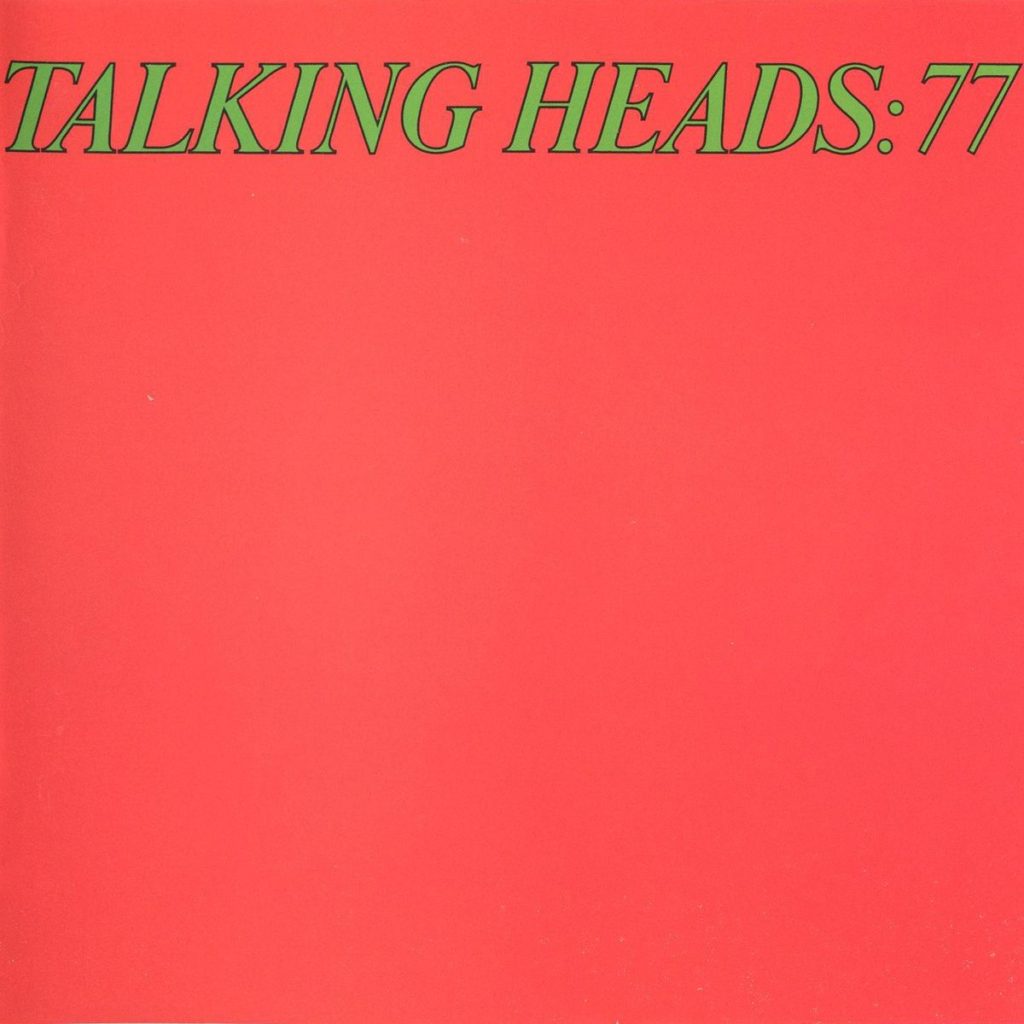 It is virtually impossible to envisage the evolution of the current indie and guitar-based rock lexicon without understanding the importance of David Byrne and Talking Heads. 40 years after their taut, frenetic yet expressive debut album Talking Heads: 77, virtually all modern rock has used at least some element of their music as a reference point.

With Byrne’s nervy, disconnected lyrics always providing a frisson of excitement and unpredictability, delivered in his strained falsetto and set to Tina Weymouth and Chris Frantz’s jerky rhythms and Jerry Harrison’s intricate, slashing cheesewire guitars, Talking Heads:77 is an accessible yet intelligent collection that serves as an excellent point for the rest of the group’s catalogue. Everything a classic debut should be, in other words.

Plucked from the burgeoning punk scene focussed around Lower East Side venue CBGB’s, Byrne and his bandmates were firmly from the art-school end of the spectrum compared to contemporary New York upstarts such as Ramones. As early as 1976, the depth and intricacy of their arrangements was much greater than virtually everything going in at the time in music full stop, never mind the immediate scene they occupied.

Talking Heads swiftly became one of the most sought-after signatures in New York, with the legendary impresario Seymour Stein signing them to Sire (as he did with fellow CBGB class of ‘76ers Blondie and Ramones) and commissioning them to work with producer Tony Bongiovi (cousin of a certain Jon Bongiovi, no less…) for their first full-length effort.

Despite a non-album single in ‘Love -> Building On Fire’, boasting an extremely commercial hook, trailing the album in February 1977 that flagged concerns among the band’s fanbase that they might have sold out their unique style to gain exposure, Talking Heads: 77 was a perfect encapsulation of Talking Heads’ rapidly evolving sound at that time.

With staggered, jagged rhythms and sudden tempo changes, and Jerry Harrison’s unusual guitar tunings and percussive, single-note patterns, the album replicated Talking Heads’ kinetic live sound pretty faithfully while also making a professional, slick-sounding collection. Byrne’s lyrical non-sequiturs seem like they might be remarks overheard from a psychiatrist’s couch. Sung well above the normal range for a male vocalist at the time, his falsetto leaps and strangled cries resembled an unhinged and disturbed madman attempting to express normality, veering violently between empathy and psychosis.

Take the album’s most malevolent song, ‘No Compassion’, where Byrne looks at a world that was increasingly embracing therapy and talking about feelings for the first time. His ambivalence is present in juxtaposed couplets like “other people’s problems they overwhelm my mind / they say compassion is a virtue, but I don’t have the time” or “Go talk to your analyst / isn’t that what he’s paid for?”. It seems to presage the atomised, neo-liberal 1980s, of Bret Easton Ellis’ famous Patrick Bateman character from ‘American Psycho’, in its detached view of the world.

‘Tentative Decisions’ displays the same neurosis, the splintered lyrics coming across as if Byrne’s actually been put on the spot about something, right there and then in the studio, reflecting the message of the song where too much choice kills impulsiveness and comes with its own pressures, a sentiment even more prevalent in 2017.

Then there’s the album’s iconic single ‘Psycho Killer’, a lithe, limber and deeply silly track that became Talking Heads’ calling card. With its staccato rhythms, non-sensical digressions and snippets of French, Byrne’s command to “run, run, run, run, run, run, run away” is a kind of search for an escape hatch from the madness around him (“I can’t seem to face up to the facts / I‘m tense and nervous and I can’t relax”).

The themes of coping with life in the displaced and rapidly accelerating 20th century, like ‘Don’t Worry About The Government’, and of looking for significance in mundane details of everyday life, like the suspenseful ‘New Feeling’ and ‘The Book I Read’, are ones that Byrne would revisit consistently throughout his career.

Byrne’s distinctive vocal delivery would serve as an inspiration for other lead singers, from R.E.M.’s Michael Stipe and The Smiths’ Morrissey, and indirectly to a great deal of other indie bands that followed. Anything even vaguely fey or highly-strung in a male vocalist, from Belle & Sebastian’s Stuart Murdoch to Arcade Fire’s Win Butler, can be attributed in some way to what David Byrne did on Talking Heads: 77, as his style was extremely unusual in what had been a pretty macho kind of decade until the advent of New York punk and its surrounding musical satellites.

Whether it was unclear, at least at this early point in their career, that they could actually communicate their unmistakably art-school messages to the masses at this point without compromising their integrity, Talking Heads had at least made an artistic statement of intent with their debut, using existing elements of funk, disco and ‘60s pop in an unusual combination to create something new that still managed to be oddly familiar to those who were listening.

While they would soon surpass it as an artistic achievement, notably with 1979’s excellent Fear Of Music and 1980’s polyrhythmical masterpiece Remain In Light, the utter originality of their debut makes it striking, even four decades later. As well as laying the groundwork for their own career, which would eventually bring them commercial riches as they sweetened their sound in the mid-‘80s, Talking Heads: 77 has served as a template for countless guitar bands since, from the mid-‘00s new-wave revivalists like Bloc Party and Franz Ferdinand to contemporary acts like Django Django and Alt-J.