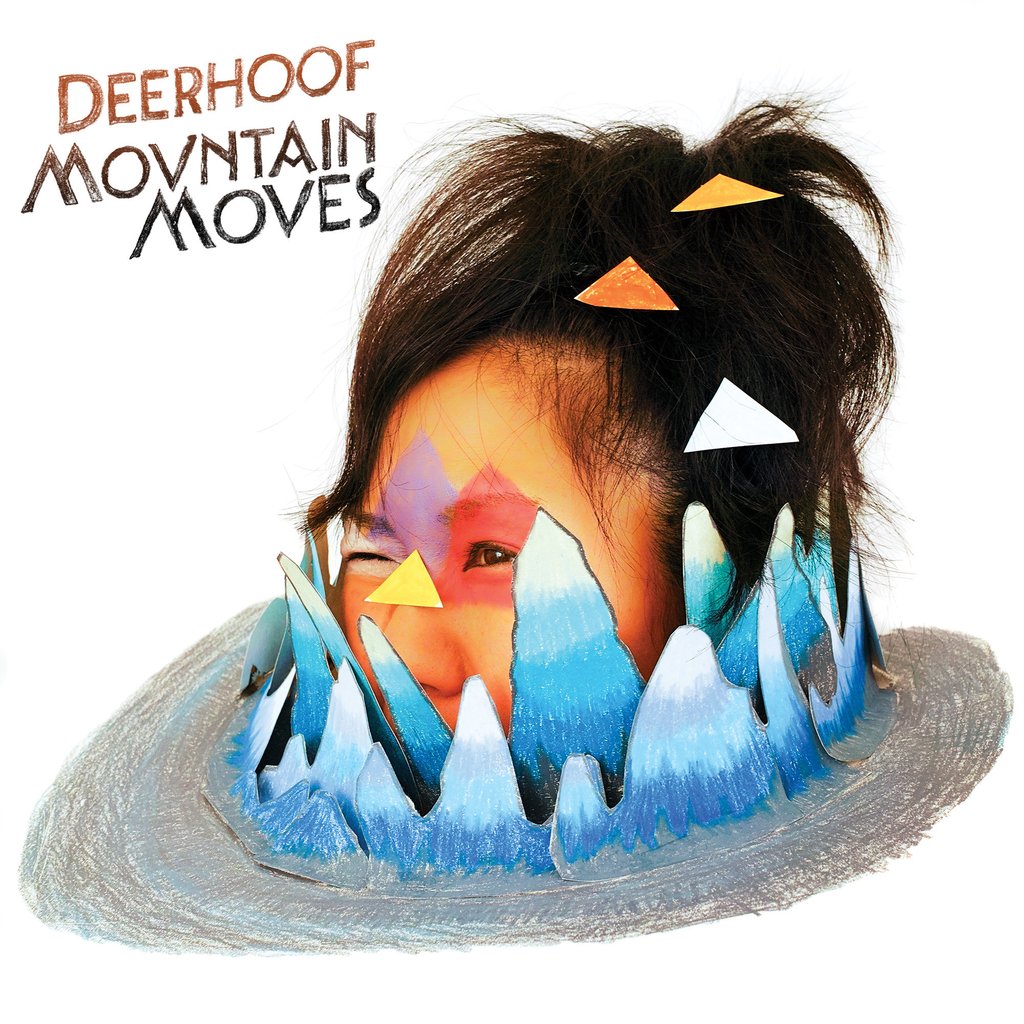 Deerhoof’s 14th album ‘Mountain Moves’ is a compelling array of diverse styles that only accomplished veterans can emulate.

For a band defined by their consistent creativity within rock music, it’s strange that Deerhoof are so often taken for granted. By no means will their clash of noise-rock be everyone’s cup of tea, but in world where guitars are treated like some near relative of the dinosaur, anything clear of bog-standard ‘indie’ already ticks an extremely valuable box.

To some, the term ‘noise rock’ may sound a little daunting. Generally speaking, it’s not something often found in the category of easy listening. Perhaps you’re one of these sceptics wondering whether there’s even any point in reading on, but please stick around because Mountain Moves quite literally has something for everyone.

Having momentarily dismounted from their usual rollercoaster ride of sharp dissonance, Mountain Moves is Deerhoof’s most melodic work to ever fall from their increasingly labyrinthine 14-album discography. Instead, the San Francisco four-piece have chosen to mangle themselves amongst a pick ‘n’ mix of opposing style and genre, each track adding to the album’s immensely versatile character.

Fifteen-tracks long and weighing in at just 40 minutes, Mountain Moves comes at you in short, staccato bursts. Maybe it’s down to Deerhoof’s previous eccentricities, but it’s doubtful many other accomplished outfits could replicate the success of this record’s flow. Helped along by a number of collaborators, each song seems to regenerate as Deerhoof frequently reset to tackle the next completely sonically unrelated composition.

Looking at the bunch, it’s difficult to know where to start. Title track ‘Mountain Moves’ is loaded with free jazz, Satomi Matsuzaki’s vocal leading the charge as she toys with the track’s ever-changing inflection. ‘Freedom Highway’ sees the band provide their own take on The Staple Singers’ original classic. A protest to America’s current political instability, ‘Freedom Highway’ bears the reimagined riff power of Deerhoof’s weighty rockabilly.

Elsewhere, Deerhoof even try their luck in the realms of hip-hop. To reiterate, if any other band were to meddling in such drastically opposing style, the outcome usually reveals itself as laughable. But Deerhoof look natural in another’s shoes, ‘Your Dystopic Creation Doesn’t Fear You’ blending seamlessly into the album’s landscape.

‘Singalong Junk’ sheds light towards Xenia Rubinos’ breath-taking vocal prowess whilst the crescendoing ‘Kokoye’ reminds us of Deerhoof’s tightness as a well-established force to be reckoned with. No two songs on Mountain Moves sound remotely alike but nothing looks to be out of place. It’s a collage of purpose and that purpose is the band’s unfailing ability to experiment. This time round, there’s no need to squint through your headphones as Deerhoof pull of their most eclectic and sonically comprehensive album to date. (8/10) (Ollie Rankine)

Listen to Mountain Moves by Deerhoof here via Spotify, and tell us what you think below!