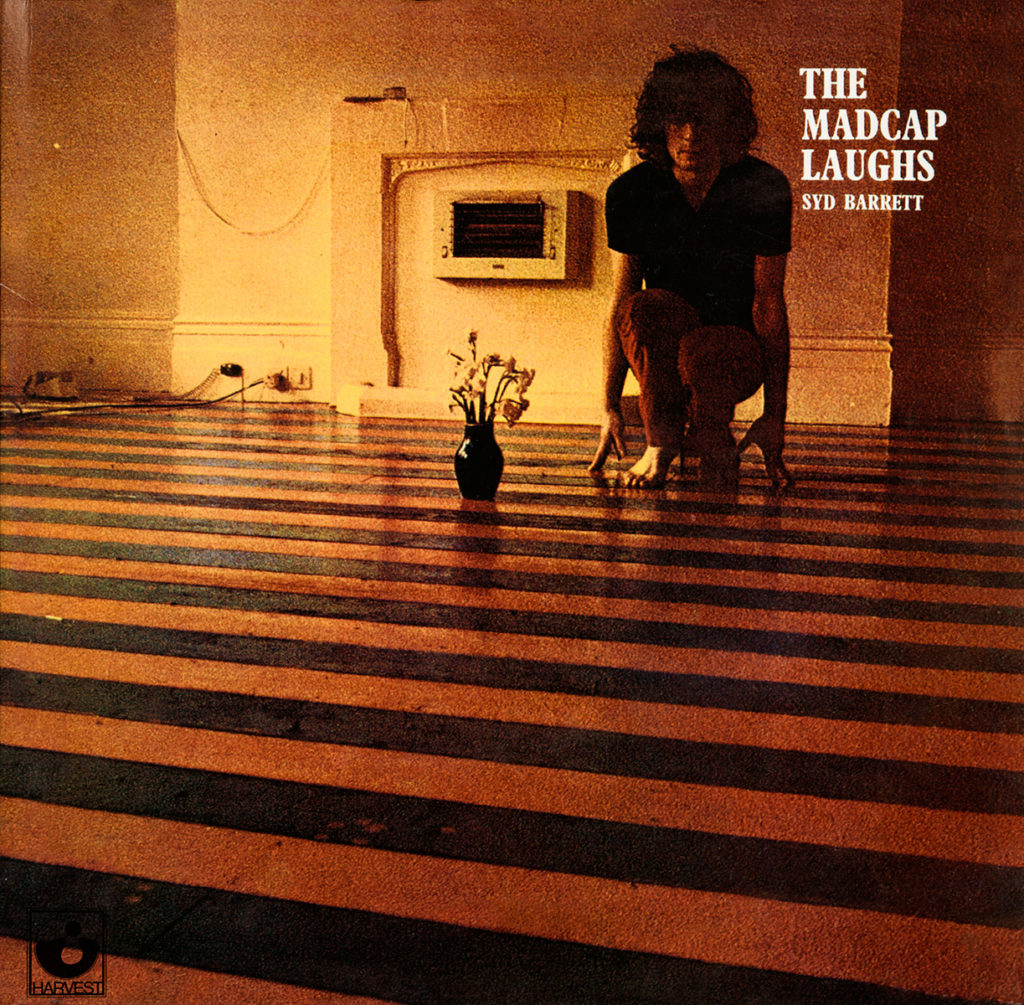 On June 6th, 1970, the stage at the Kensington Olympia in West London played host to the first live performance by Syd Barrett. This was a significant occasion in terms of British rock as a scene, with one of its most talked-about creative minds appearing outside of the context of Pink Floyd for the first time since his ejection from the band over two years before. He had spent the intervening years getting himself back on his feet following a complete physical and psychological breakdown, induced by the stress of being the creative wheelhouse of one of Britain’s most exciting bands, coupled with his fragile sense of self-confidence and exacerbated by truly industrial use of psychedelics.

But it was also a significant evening in terms of what transpired. Backed with a band that included Dave Gilmour – the man who had replaced him in Floyd in the first place – and Soft Machine drummer Jerry Shirley, a nervous and barely audible Barrett lasted until the fourth song, ‘Octopus’, before taking off his acoustic guitar and retreating from the stage. He would never perform live again, retreating into his painting and leading a hermit-like existence by the mid-Seventies, rarely seen in public life.

Including his work with Pink Floyd, Syd Barrett’s official output lasts a little over a couple of hours, in total, recorded in spontaneous bursts of barely controlled creativity that required the close collaboration of others to focus and rationalise. But, despite this paucity of actual product, his place in the pantheon of pop and rock’s greats is assured and unassailable. The main foundation stone for Barrett’s reputation is, of course, Pink Floyd’s 1967 debut The Piper At The Gates Of Dawn, almost entirely the product of his creative vision. But equally as important to his myth and legend are a pair of solo albums released in 1970, titled The Madcap Laughs and Barrett respectively and each bookending the sad event that happened that summer.

After being effectively forced out of Pink Floyd by April 1968, his on-stage behaviour and increasingly strange compositions having worn out his bandmates, Syd Barrett was initially to be kept on as a non-touring member of the group, writing but not appearing on stage, in much the same way that Brian Wilson had briefly functioned for The Beach Boys after his nervous breakdown post-Pet Sounds. This was unworkable in practice, and the group’s former manager Peter Jenner encouraged Barrett to get into the studio and write material for a solo album. While sessions were semi-successful in the summer of 1968, the singer suffered a serious mental collapse and wound up in psychiatric care in his home city of Cambridge.

More sessions started in the spring of 1969 after his gradual recovery, a two-pronged approach that involved Barrett writing new material with a backing band that included Robert Wyatt of Soft Machine, and Jenner, with help from prog-rock enthusiast and Harvest label boss Malcolm Jones, re-working and overdubbing the 1968 sessions. Syd, however, was only semi-impressed with the results, and convinced his former Pink Floyd bandmates Roger Waters and Dave Gilmour to help him finish the planned album over June and July. The results, given the title The Madcap Laughs, were eventually released in the first days of 1970.

The difference between the professionalism of the Malcolm Jones-produced numbers and those completed with Waters and Gilmour is noticeable, and makes the album an uneven listening experience, But while undeniably unpolished, The Madcap Laughs truly does sound like the product of the kind of mercurial, unpredictable talent that Syd Barrett was. The naïve, sometimes childlike sense of wonder at the world that characterised his early Pink Floyd compositions like ‘Bike’ and ‘See Emily Play’ are virtually absent on these altogether more disturbed tracks, which sometimes on border on uncomfortable as a listening experience. Barrett often sounds haunted, tremulous and glazed over, the former mischievous and confident sparkle killed off through his prodigious LSD consumption and his (not un-connected) experiences with depression, schizophrenia and various other mental traumas.

The full-band takes, such as the Sixties beat-influenced ‘Here I Go’ and the superficially bouncy ‘Love You’, occasionally rub up awkwardly against the stripped-back solo numbers upon which The Madcap Laughs is more famous. At the centre of this is the harrowingly self-aware ‘Dark Globe’, a first-person portrait of schizophrenia that’s far removed from the sense of whimsy that fans would normally have associated with Syd Barrett until this point. Lyrics like “I was half the way down, treading the sand / please, please, lend a hand… won’t you miss me? / wouldn’t you miss me at all?” almost make the listener flinch.

Opening track ‘Terrapin’ is the most stereotypical of Barrett’s solo output, a drawn-out song sketch concerning straightforward desire (“I really love you and I mean you”), while the spellbinding ‘Golden Hair’ provides a gorgeous musical bed for a James Joyce poem. The record’s only single, the magnificently ramshackle ‘Octopus’, seems to strike a balance between The Madcap Laughs’ opposing tendencies, fleshed out in its details but retaining the feel of spontaneity that makes you feel as though you’re eavesdropping.

Despite what happened at the Kensington Olympia, Barrett’s manager Peter Jenner had already been able to convince EMI to green-light another solo album, recorded this time with the help of Gilmour and Floyd keyboardist Richard Wright. Beginning in February and eventually wrapping in late July, but assembled and completed in stop-start fashion because of Pink Floyd’s hectic schedule, Barrett was eventually released in the middle of November.

What was immediately noticeable was that Barrett was a more sonically consistent affair than its predecessors, yet less satisfying affair. It was subsequently revealed by Wright and Gilmour that they had to salvage a substantial amount of the songs from sketchy performances from Barrett, who for the most part was unwilling or unable to perfect them through multiple takes. Many tracks, such as ‘Baby Lemonade’ or the disquieting ‘Rats’, are just as fractured as those on The Madcap Laughs, although the former of these two does show some capture amazing technical skill from Barrett on his acoustic guitar. The nursery-rhyme scheme of ‘Effervescing Elephant’ and the jaunty ‘Gigolo Aunt’ are some of his most loved solo works, but for the most part, Barrett meanders charmingly but scans as quite unfocussed, despite the increased sense of professionalism.

While they both sold modestly upon release, with The Madcap Laughs selling almost 20,000 copies in its first few days on sale and receiving many positive reviews, the two albums lay largely undiscovered by the general listening public for years. However, the unguarded, vulnerable demeanour that Syd Barrett projected remained attractive to a sub-set of rock fans, and with general interest in the reclusive figure becoming larger as the years of silence got longer and his former band became globe-conquering prog-rock icons as the Seventies progressed. Newcomers to Pink Floyd were inquisitive about the group’s erstwhile creative hub who had apparently burned himself out at the end of the Sixties, and The Madcap Laughs and Barrett were the two clues that could offer more information, as well as the 1988-released Opel compilation that assembled various demos and out-takes from the sessions that had spawned them. Additionally, they helped to inspire a subsequent generation of English performers who traded heavily upon intrigue and inscrutability, from mystics such as Teardrop Explodes’ frontman Julian Cope and Neutral Milk Hotel’s Jeff Mangum to the more erratic and mercurial likes of the Television Personalities’ Dan Treacy.

Listen to The Madcap Laughs and Barrett here via Spotify, and tell us what you think below!