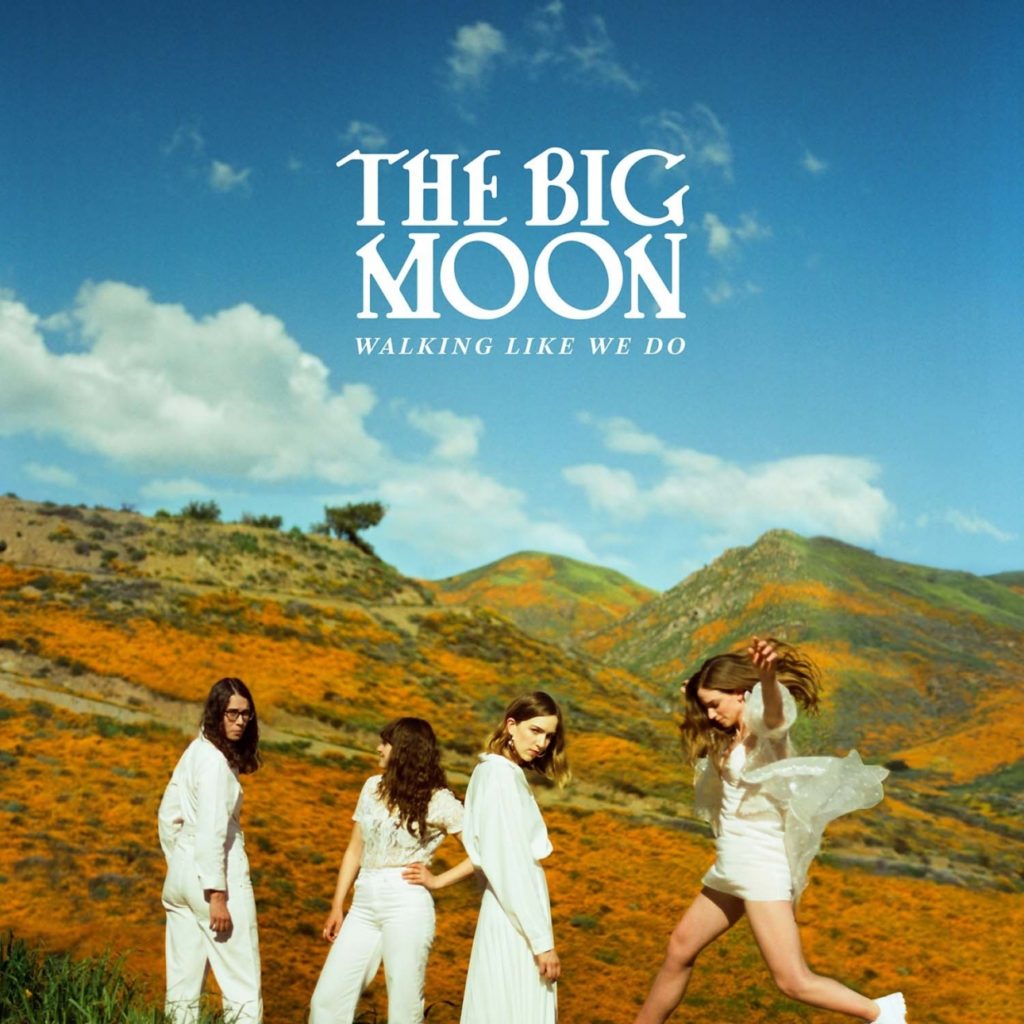 More confident and stylised than their debut, the emotional depth of The Big Moon’s ‘Walking Like We Do’ becomes apparent after multiple listens.

The steady but modest rise of The Big Moon has been one of the most heartening success stories of the last few years, and one which proves that major labels can still get traction out of guitar bands in the age of streaming. Their 2017 debut album Love In The 4th Dimension was a triumph for well-observed, quietly glamorous yet unfussy guitar pop, and one which was deservedly marked with a Mercury nomination that same year. Rather than continue to tour exhaustively, as so many breakout bands feel they must have to do to maintain their profile and not suffer a drop-off come album two, the London four-piece took a break to approach their follow-up effort fresh, and it’s a process that has paid off. Walking Like We Do is a bigger, more confident and slightly more polished and stylised sequel, one partly informed by the breezy effortlessness of the best late ‘90s-early ‘00s pop.

It means that the intense, slightly scruffy garage-rock of their debut has had to take a back seat in the name of poise and craft, but it’s a change that suits The Big Moon, feeling natural and unforced. The trick to this is in the attention to detail. The latent melodic tendencies were there on Love In The 4th Dimension, elevating tracks such as ‘Formidable’ and ‘Happy New Year’ out of standard indie-rock territory, but they’ve been brought to the fore by heavyweight producer Ben H. Allen III. From the outset of opener and recent single ‘It’s Easy Then’, with exactly the kind of skyscraping “woah-oh-oh-oh” backing vocals that have been a feature of so much commercially successful indie/pop crossovers over the last decade, there’s a sense of focus and determination at the heart of Walking Like We Do that their ebullient debut didn’t possess. It works brilliantly on the hook-laden pop of ‘Take A Piece’, the album’s most obvious single and potential hit, and generally endows the entire record. Judging by their recent singles having made the Radio 1 playlist, it’s been objectively successful.

More notable is the sense of existential dread hanging over Walking Like We Do, of feeling “lost and unstable”, as lead singer Juliette Jackson told Apple Music ahead of the album’s release. Much-discussed political upheavals of the last few years, on top of the sense of getting older, provide the backdrop to the album if not its themes. ‘Barcelona’ is a requiem for youth, of friends growing up, moving away, gaining success or starting families (“I may be present, but I’m not all here”), while ‘Waves’ addresses an unexpected break-up (“I never saw the tide coming / I only saw the waves”). The sense of modern existence being underwhelming, particularly for The Big Moon’s generation, courses through its veins, but the mood of the classy and mature Walking Like We Do is one of remaining stoic. (7/10) (Ed Biggs)

Listen to Walking Like We Do by The Big Moon here via Spotify, and tell us what you think below!

Tags: Fern Ford, review, Soph Nathann, The Big Moon, Walking Like We Do