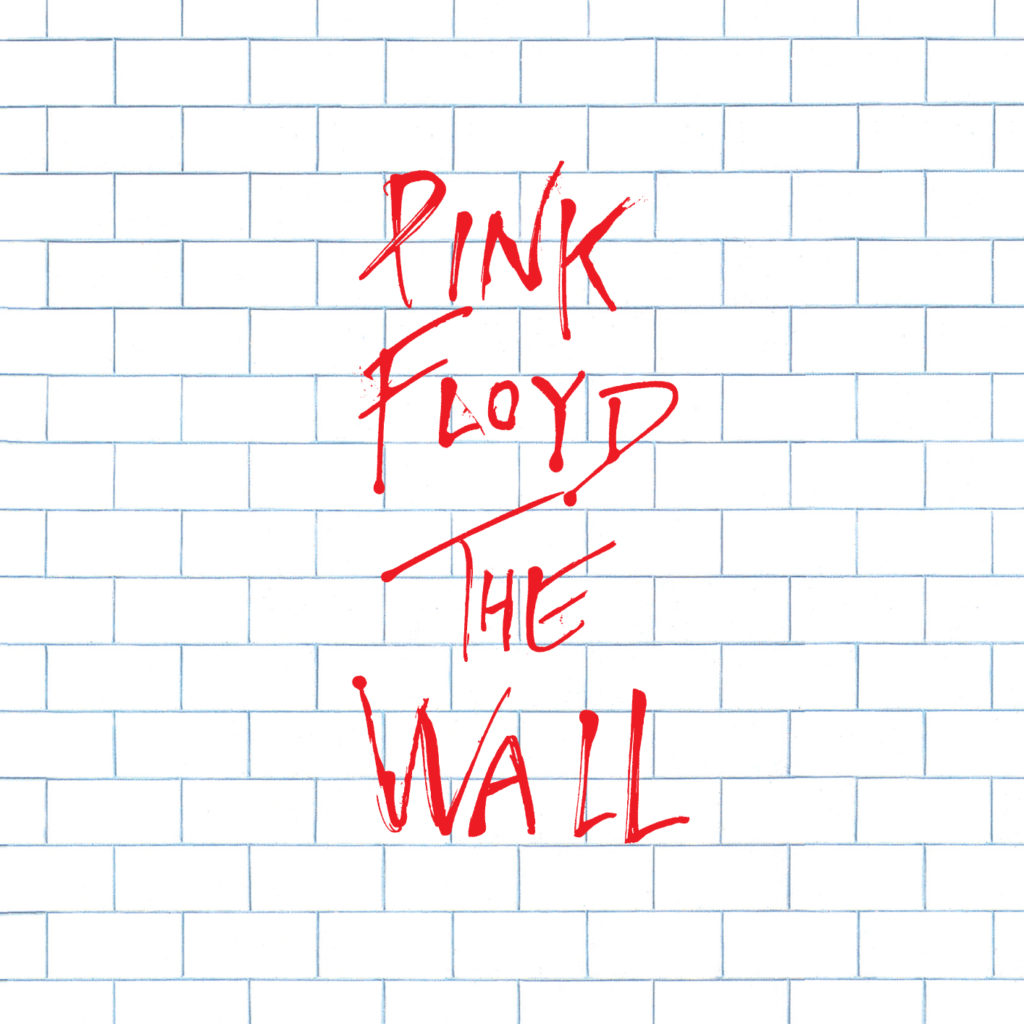 40 years on from its release, The Wall remains one of the most celebrated concept albums of all time, as well as one of history’s most acclaimed double albums. Considered by many (though not necessarily all) to be the final jewel in the crown of Pink Floyd’s back catalogue, the album takes the listener on a mesmerising musical journey, by means of a semi-fictional, semi-autobiographical story, written by co-frontman and bassist Roger Waters, about a tumultuous character named Pink.

Exploring themes of isolation and mental instability, the story reveals from the very beginning that Pink is a rock musician, haunted by the death of his father in World War II. This trauma forms the basis of numerous flashbacks and hallucinatory episodes which are frequently alluded to within the lyrics. Throughout the first disc, several vital secondary characters are introduced to the plot one by one, such as Pink’s overprotective widowed mother, his brutish schoolteachers and his unfaithful wife. It is here where we observe Pink’s construction of the metaphorical ‘wall’ between himself and others, slowly but surely inserting the final ‘bricks’, and in doing so completely isolating himself from society. Meanwhile, the second disc predominantly deals with the protagonist’s response to his self-imposed isolation, as well as the chaotic effects of a drug-induced hallucination, before all the main characters come together at the end, forcefully urging Pink to “tear down the wall”.

As previously mentioned, this tale can be considered autobiographical to a certain extent, especially considering how Roger Waters’ father also perished in the Second World War, and thus the traumatic memory lives on in Waters’ mind, the same way that it does for Pink. However, there are also many comparisons to be drawn between Pink and original Floyd frontman Syd Barrett, whose ongoing heavy drug abuse brought about considerable psychological damage, which included hallucinations and possible schizophrenia, eventually leading to his gradual withdrawal from the band. Furthermore, only four years prior to the release of The Wall, whilst the band were recording their 1975 album Wish You Were Here, Syd Barrett, whom for all intents and purposes had ceased to be a member of Pink Floyd by 1968, made an impromptu appearance in the studio. The band were shocked upon recognising that the now overweight, shaven headed man was their former bandmate, by now a shadow of his former self. These parallels between the fictional character of Pink and the stark realities of Waters’ tragic loss, as well as the fate of Syd Barrett, simply add to The Wall’s emotional gravity.

From a musical standpoint, The Wall constitutes a notable departure from the complex progressive rock style of its predecessor, 1977’s Animals, the core of which consisted of three consecutive 10+ minute long tracks. By contrast, The Wall makes use of considerably shorter songs, with the longest clocking in at six minutes and 23 seconds. Stylistically, while the band undoubtedly hold on to their blues roots and art-school leanings, they nonetheless steer towards a far more accessible sound, drawing from pop and even disco music. Additionally, a number of acoustically-oriented tracks can be heard interspersed throughout the record. One primary criticism of the album is the disproportionate role played by Roger Waters in its creation, not only lyrically but also musically, specifically regarding the composition of the music and the undertaking of vocal duties. Consequently, David Gilmour’s joint role as lead songwriter and vocalist is evidently minimised, which potentially prompted the band’s stylistic shift, and the subsequent development of tensions between the two members, which ultimately led to Waters’ departure and the cessation of the ‘golden era’ of Pink Floyd.

The album gets off to a blistering start with the powerful ‘In The Flesh?’, which leads straight into the comparatively tender ‘The Thin Ice’. However, the “meat” of the album truly commences with ‘Another Brick In The Wall (Part 1)’, which describes how Pink’s father’s death signalled the beginning of the construction of ‘the wall’. Containing that world-renowned vocal melody, this suspense-filled track foreshadows the song that almost anyone listening to this album would know is coming. ‘The Happiest Days Of Our Lives’ introduces the infamous school teacher, and seamlessly flows into the timeless classic ‘Another Brick In The Wall (Part 2)’. The abusive nature of the school eacher and the trauma inflicted upon Pink by authority figures is contrasted effectively with the funky, disco-inspired instrumental, while Gilmour’s sublime guitar solo during the final portion of the track merely reaffirms its classic status.

This is followed by a couple of moments of genuine beauty. Firstly, we get the heartfelt ballad ‘Mother’, which documents Pink’s relationship with his mother growing up, and how her overprotective and oppressive approach to caregiving only stifles his inability to develop a sense of self-confidence, and facilitates the continued construction of ‘the wall’. ‘Goodbye Blue Sky’ is next, an acoustic track which departs somewhat from the overall narrative, as it is written purely about Waters’ experience as a child of World War II, containing poignant lyrics such as “Did you see the frightened ones? Did you hear the falling bombs? Did you ever wonder why we had to run for shelter when the promise of a brave new world unfurled beneath the clear blue sky?” and “The flames are all long gone, but the pain lingers on”.

The tension-filled ‘Empty Spaces’ leads into the insanely catchy ‘Young Lust’, where the band’s blues influences really come to the fore. One cannot help thinking that, if this track were not living under the shadow of ‘Another Brick In The Wall (Part 2)’, it could’ve been a huge hit. ‘One Of My Turns’ describes how Pink invites a groupie back to his room upon discovering his wife’s infidelity, yet spontaneously erupts into a fit of rage, captured perfectly by the dynamics of the musical accompaniment. He subsequently begins wallowing in his own despair at he and his wife’s strained relationship in ‘Don’t Leave Me Now’, a bleak piano-led piece, where Pink’s anguish is conveyed exquisitely by Waters’ strangled vocal delivery. ‘Another Brick In The Wall (Part 3)’ and ‘Goodbye Cruel World’ round out the first disc, signifying the completion of Pink’s wall, and as a result, his total isolation from the outside world.

Disc two kicks off with the melancholic ‘Hey You’, where we find Pink suddenly becoming fully aware of his newfound isolation and regretting his decision, which starts taking its toll on his psychological wellbeing, hence the infamous line “and the worms ate into his brain”. The song begins as a sombre, acoustic guitar-driven piece, before exploding into a sinister hard rock section, which contains yet another rip-roaring solo from Gilmour. This theme is continued on the minimalistic ‘Is There Anybody Out There?’ and the agonising piano ballad ‘Nobody Home’, which could easily take the cake as the album’s most beautiful moment.

A couple of brief tracks follow, where Pink can be found delving into his past, such as ‘Vera’ where he asks “Does anybody here remember Vera Lynn?”, before his yearning is interrupted unexpectedly by a flashback to World War II in the form of ‘Bring The Boys Back Home’. The latter ends with an upsurge of sound effects and voices, as Pink is discovered unconscious in his hotel room, minutes before he’s due to perform. Before going on stage, he is administered with a drug, as described in the next track, ‘Comfortably Numb’. The centrepiece of the entire album, this song is influenced by Waters’ own experiences with using muscle relaxants whilst on tour, and is one of the few moments on the record where both Waters and Gilmour contribute equally to the song-writing and vocal duties. This results in a simply perfect, fully-rounded rock ballad, complete with luscious orchestral arrangements, a heart-breaking chorus and arguably Gilmour’s greatest guitar solo of all time. Although ‘Another Brick In The Wall (Part 2)’ may achieve the highest amount of airplay 40 years on, ‘Comfortably Numb’ will undoubtedly live on in the hearts of rock fans for generations to come.

Here is where the album takes rather a bizarre turn. Although the drug administered to Pink allows him to walk on stage to perform, it also produces a severe hallucinatory effect on him. During the performance, his sudden plunge towards insanity leads him to believe that he’s a fascist dictator leading a neo-Nazi rally, and that the audience are his followers. ‘In The Flesh’, a reprise of the opening track, contains a verse in which Pink can be heard singling out various ethnic and sexual minorities, before exclaiming “If I had my way, I’d have all of them shot!” This continues on the surprisingly successful hit single ‘Run Like Hell’, whose lyrics primarily consist of threats towards the aforementioned minorities, contrasted with an unusually upbeat musical composition, once again recalling the prominent late-70s disco scene, but with a hard rock edge. However, what was previously a fantastical rally becomes a real-life Nazi rally, organised by Pink, in ‘Waiting For The Worms’, which is aptly complemented by Waters shouting frantically through a megaphone.

Shortly after, Pink abruptly snaps out of his hallucination, and upon displaying “feelings of an almost human nature”, places himself on trial. All of the main characters come together in the utterly whimsical yet superb ‘The Trial’, where Pink’s school teacher and wife hurl insults towards him, while his mother pleads to take him back into her arms. The song ends with an uproarious crescendo, fuelled by chants of “Tear down the wall!”, whereupon the metaphorical wall is demolished, and the story ends with Pink once again opening himself to the outside world.

The Wall is a masterpiece that stands alone, not only in Pink Floyd’s chronology, but also in the history of rock music, as a concept album that succeeds in balancing the lyrical and musical aspects perfectly. The story proceeds in a linear fashion, allowing the listener to follow the events easily, whilst the quality of the music is not compromised in any way. The album would go on to become Pink Floyd’s second best-selling album, after 1973’s The Dark Side Of The Moon, and would later inspire both a successful movie and an opera. Sadly, as previously touched upon, it would also signal the end of the classic line-up of Pink Floyd, with keyboardist Richard Wright temporarily leaving during the recording process of the album, and Waters leaving only a few years later, following the release of their subsequent effort The Final Cut in 1983.

Nevertheless, despite the disastrous consequences it had on the band itself, The Wall is and shall remain a truly unique and timeless work of art.

Listen to The Wall by Pink Floyd here via Spotify, and tell us what you think below!