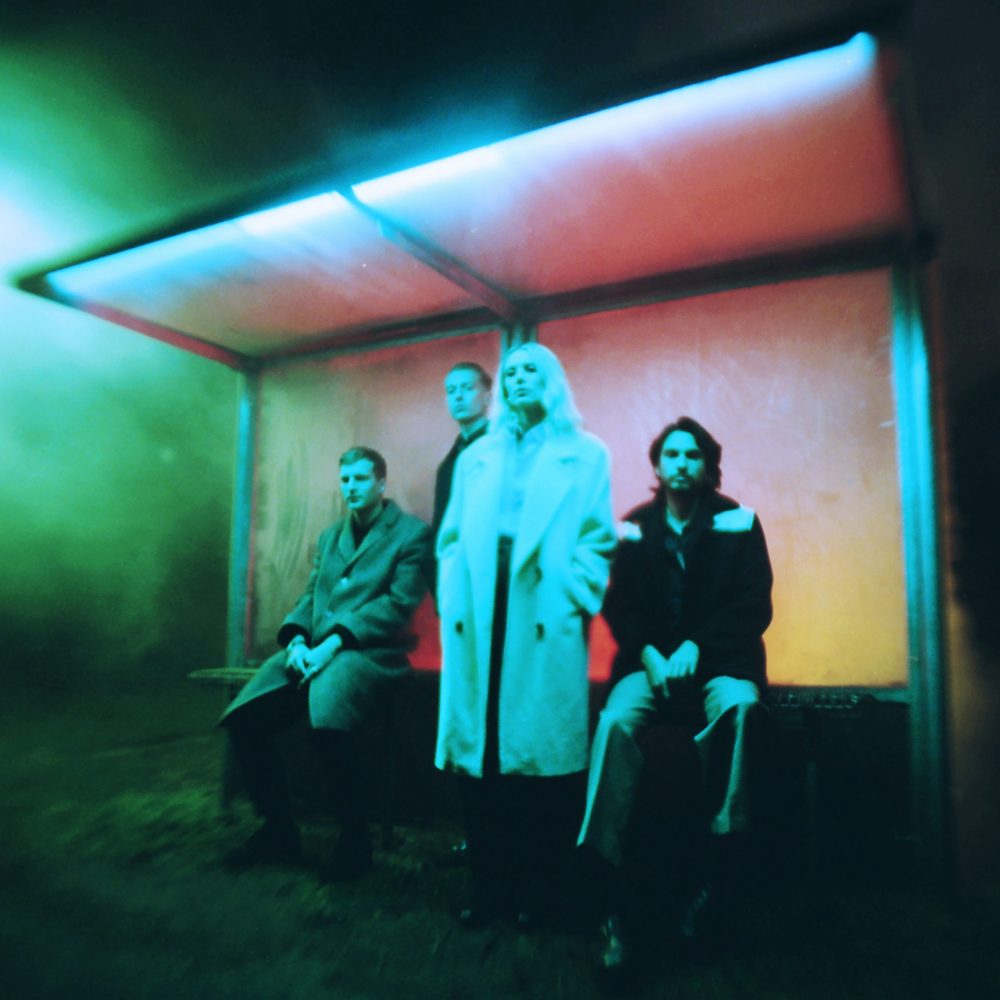 Wolf Alice have released their highly anticipated third album Blue Weekend. Their new-new magnum opus and their follow-up to their previous new magnum opus Visions Of A Life that happened to win a Mercury Prize, which was in turn a follow up to their original magnum opus debut record My Love Is Cool, one of the singles of which earned them a Grammy nomination. It’s pretty self-evident at this point that Wolf Alice are nearly unanimously critically acclaimed and on a path to be cemented into the canon of Brit rock greats. Blue Weekend album does nothing to disprove that statement and is a thoroughly well-crafted rock record, although it perhaps does nothing to convince detractors otherwise.

Musical ambitions were clearly set high, as set by the two opening lines of the record “When will we three meet again? / In thunder, lightning, in rain” being taken straight out of the opening lines of Macbeth. In classic Wolf Alice fashion, it starts off mellow, almost minimalist, and gradually builds without relenting. Think of a toned down ‘Bloodbuzz Ohio’. Markus Dravs, whose credits include the likes of Arcade Fire, Coldplay, Björk and many other artists considered landmark acts in their own regard, is on production duty, which feels like the British alternative music equivalent of an American pop artist courting Jack Antonoff these days.

If you’ve ever found yourself enamoured with a single Wolf Alice song, you’ll probably be delighted by nearly everything that follows on Blue Weekend. All of the band’s trademarks are here – Ellie Rowsell’s theatrical yet stand-offish delivery, Joff Oddie’s grunge-and/or-shoegaze inspired guitars, big choruses, a lot of reverb. Their sound continues to walk the line of having a rock-revivalist energy, that almost certainly pleases all the older millennials, Gen X-ers and boomers in the crowd, whilst still sounding distinctly modern and 2021, for that sweet sweet pop appeal.

Wolf Alice always seem to do well with embracing a very specific set of clichés – the following track ‘Delicious Things’ is the band’s L.A.™ song, written in the great tradition of every rock band ever. Though what could have been incredibly derivative and tired, finds itself being lifted upwards by Ellie Rowsell’s lyricism, its intensely personal specificity. “I’m no longer pulling pints, I’m no longer cashing tills” and “Hey, is mum there? It’s just me, I felt like calling” are the kind of simple yet elegant lines that keep you invested in the narrative even when the grandiose chorus breaks get a little tiring.

Rowsell is increasingly unapologetically direct throughout the record. “I am what I am and I’m good at it / And you don’t like me, well that isn’t fucking relevant”, she sings (or screams) on ‘Smile’, the certified banger of the record, with its up-tempo beat and synced up bass and guitar hook. The hero’s journey for her seems to have been increased vulnerability and directness with each record – usually a mark of an artist ascending. And, fittingly, Blue Weekend doesn’t lack its fair share of great musical moments. A great example being the drop in ‘Feeling Myself’, that is emotionally reminiscent in its drama of the best Cure records.

There’s a couple of breaks on the record from their modern re-branded version of ‘90s revivalism – mid-record interludes, such as the acoustic semi-ballad ‘Safe From Heartbreak (If You Never Fall In Love)’ or the more synth-led and ‘80s vibes ‘How Can I Make It OK?’ do a good job of breaking up the pace of the record. Even when, arguably, they end up being the more forgettable tracks on the record. Though, fear not, it picks right back up with ‘Play The Greatest Hits’. Perhaps the closest the band comes to Visions Of A Life’s smash hit ‘Yuk Foo’, it certainly delivers on the same child-like, likeably obnoxious energy that Ellie Rowsell in particular seems to have a knack for pulling off seemingly effortlessly.

Blue Weekend is undeniably a good, increasingly consistent, mature, and sure-of-itself sounding record. Though more than a few times throughout its runtime, you might find yourself wondering what would happen if the band let themselves experiment with their sound more, or go in more shocking and unexpected directions, not unlike a lot of their label-mates at Dirty Hit. To perhaps potentially mixed results, but certainly an endearing listen. The most disappointing thing about Blue Weekend being not that it sounds bad, or is full of bad song-writing decisions, but that it is exactly as good as you would expect it to be, not more and not less. (8/10) (Ellie Wolf)

Listen to Blue Weekend by Wolf Alice here via Spotify, and tell us what you think below!