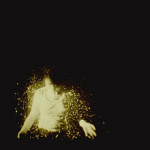 Front cover of ‘My Love Is Cool’

We’ve been waiting nearly two and a half years for this moment, an absolute eternity in our rapidly churning social media age of hype and backlash. Wolf Alice appeared on radar back in February 2013 with their first single ‘Fluffy’, but their origins go way back to 2010 and their embryonic self-titled EP. Releasing only a couple of singles and EPs since then, the London quartet have been allowing their ideas to gestate, realising that you only get to enjoy hype like this once in your career, so they may as well play it cool. Indeed, if there’s one thing you can never accuse My Love Is Cool of being is rushed. But for all the talk of Wolf Alice being a grunge revival band, based on the extraordinary power of their live performances, the truth is they’re so much more than that.

My Love Is Cool is refreshingly free of the mundanity of the verse / chorus / verse structure and covering a huge range of ideas and musical influences. It sprawls entertainingly within the compact confines of its shorter, 3:30min songs, but isn’t afraid to cut loose and linger on an idea, or change tack midway. This early on a career, it can be the hallmark of a band that doesn’t know what it wants to be, but with Wolf Alice there is a self-awareness to the multiple identities, a knowledge of all the different kinds of band they could be.

In this manner, it sounds like a mixtape full of highlights compiled from many different types of album, the very highest points of records dedicated to just one sound: the Hole-esque grunge storm of ‘You’re A Germ’, the ‘10s stadium indie feel of ‘Lisbon’, the fem-punk of ‘Fluffy’, the ‘90s retro of ‘Bros’. That sense of magpie-ing the past, not to mention the give and take between atmosphere and power which shows that Wolf Alice have a deep understanding of what makes all those genres tick, makes My Love Is Cool such a bewilderingly brilliant record.

A re-recorded version of the 2013 single ‘Bros’, a huge fan favourite, appears after a disconcertingly quiet intro, the cobweb-covered folk of ‘Turn To Dust’. Though it’s now familiar, its summery, seductive indie-pop riff is still totally spellbinding, attached as it is to a skeletal, cold frame of a track. Singer Ellie Rowsell, the star of the album, sounds like a seductive earth goddess when she asks “are you like me / raised by wolves and other beasts”. On the gorgeous ‘Freazy’, she sings “you can hate us all you want / our love is cool” with that wide-eyed yet steely sense of ‘us against the world’ that comes with young love. New single ‘Giant Peach’ is a quixotic combination of motorik rhythm and blues guitar that works perfectly, with Rowsell sounding like some grunge version of Ladytron with that same dead-eyed stare, as she goes from a whisper to a possessed scream as it finishes off with a blast of stadium rock of which Muse would be proud.

On ‘Swallowtail’, she steps aside for drummer Joel Amey to take over lead vocals, who sings with the same kind of fragile, heartbroken catatonia as Kevin Shields. It starts with the softest wisps of acoustic guitar imaginable, before roaring into a beautifully noisy outro like Shields’ band My Bloody Valentine for its last 50 seconds. The tension and release in these songs is done so expertly you’d never guess it was the work of a band on their debut album. But Wolf Alice don’t just change tone mid-song for the sake of it: they only do so when necessary. The slow, delicious groove of ‘Your Loves Whore’, whose intro stops completely dead between each bar, and the straightforward seduction of ‘Soapy Water’, are examples of a singular idea explored thoroughly. The pleasingly minimalist ‘Silk’, built on a dark, electronic pulse, sees Rowsell share vocals with guitarist Joff Oddie, and it’s this that carries the melody and atmosphere here, an inversion of the group’s normal method.

Wolf Alice appreciate that power and beauty are not mutually exclusive qualities, and often treat them as two sides of the same coin. While the musical reference points – Pixies, Cocteau Twins, Sonic Youth, MBV – will be familiar to well-read indie fans, the band skilfully bends them to their will, to make something truly, distinctively theirs. It also helps that Rowsell is such a gifted frontwoman, capable of mimicking the shrieking punk vocals of Carrie Brownstein or Karen O one minute, then becoming the Del Rey-esque seductress the next, or channelling the ethereal, indiscernible mist of a Liz Fraser, or the gripping story-telling of Laura Marling. The range of moods, the amount of different kinds of singer she can be, ably supports the weight of the musical structures that the rest of her band want to build. The quiet/loud dynamics of the Pixies are there, but so are the sonic cathedrals of shoegaze, the sugar-sweet guitar licks of Britpop, the raw power of Sabbath and Motörhead. For a new British band to have amassed such an arsenal of different ideas, all of them fully realised, at such an early stage in their career is tremendously encouraging. My Love Is Cool is nothing less than the best British guitar debut in half a decade, and is a record to stick your earphones in and lose yourself to. (9/10)

Listen to My Love Is Cool here!