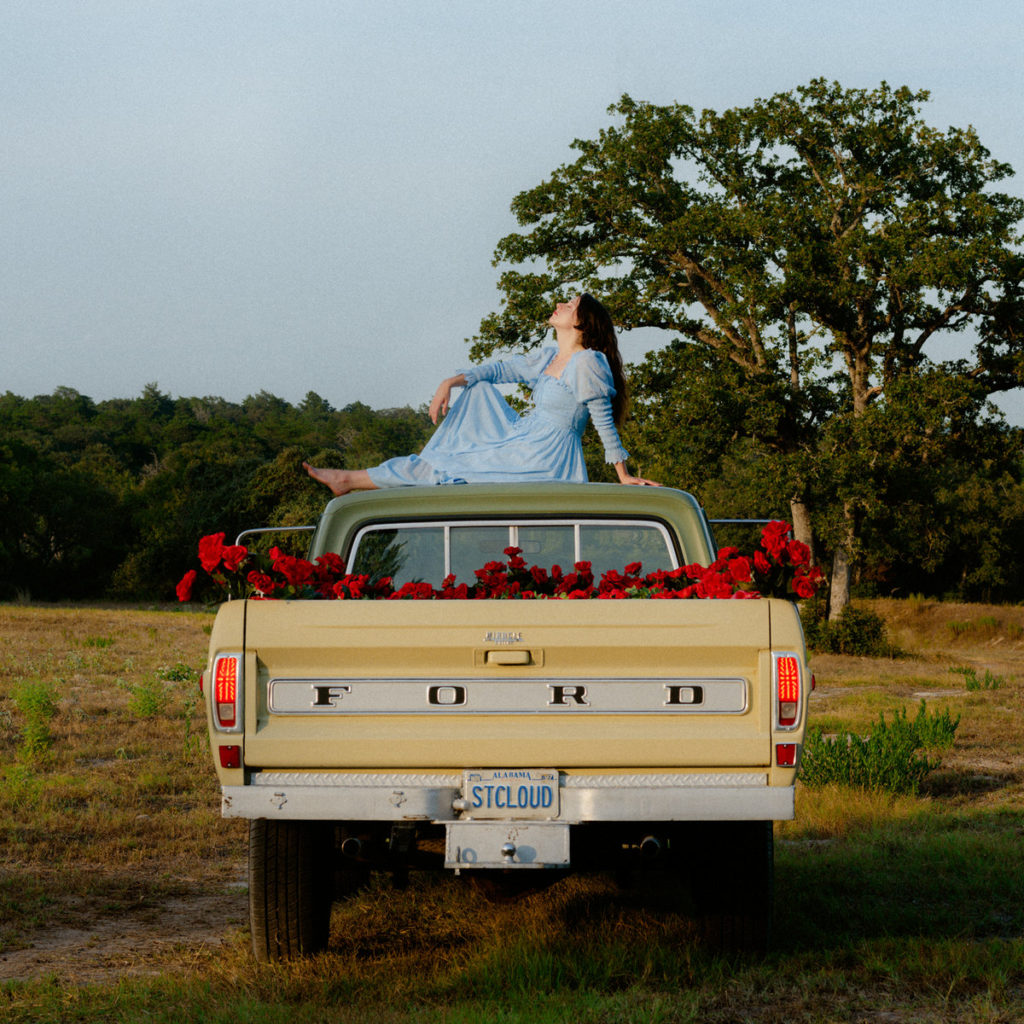 Wearing experience and determination like a badge of courage, Katie Crutchfield’s fifth Waxahatchee album ‘Saint Cloud’ is her finest so far.

The idea that artists ‘mature’ before delivering their best work is an increasingly rare and historically derided one. The idealism and energy of fleeting youth is traditionally regarded as the creative catalyst in pop, and often with good reason. But we forget that wisdom is hard-won, never bestowed upon us easily and often the outcome of periods of heartache, struggle and self-doubt. In the case of Katie Crutchfield and her Waxahatchee project, it proves to be the prime factor behind Saint Cloud, her fifth studio album and, by some distance, her finest yet.

Saint Cloud is nothing less than the great album that Crutchfield has always suggested that she might produce, ever since her first, bedroom-bound recordings emerged at the start of the 2010s. She’s always grounded her sound in her childhood influences, the dusty alternative country pioneered by Lucinda Williams as well as more traditional songwriterly strands. But now, after experimenting with a few different musical forms in which to bed her lyrics, she’s embraced these influences totally and come up with the most complete-sounding collection of songs of her career. The transition was detectable in 2018’s delicate and minimalistic EP Great Thunder, which now seems like a bridge between two distinct eras, triggered by a need to get more space and perspective compared to the heaviness and noise of her last full-length album, Out In The Storm and the moody electronic influences that crept in to 2015’s Ivy Tripp. While Saint Cloud more strongly recalls American Weekend and Cerulean Salt, it’s sturdier and more confident than her earliest efforts (not to diminish the enduring appeal of their lo-fi magic).

But it’s also Saint Cloud’s themes that make it such an enervating listen. Forged after a period of touring that left her burned out, Crutchfield gave up drinking and settled down with her partner Kevin Morby, it speaks consistently to new beginnings, about coming to terms with regrets, and having the courage to accept mistakes and move past them. Although she’s being backed by Bill Lennox his band Bonny Doon, who build unfussy blues progressions and steady backbeats that never get showy or histrionic and are always in service to her songs, so much of Saint Cloud is memorable precisely because it provides the perfect context for Crutchfield’s style, underscoring her lyrics without eclipsing them.

Signalled by the incredible opening track ‘Oxbow’, she’s at once poetic and conversational, and her vocal performances are outstanding in delivering them. ‘Can’t Do Much’ concerns leaving mistakes in the past; ‘Hell’ describes an intense period of self-reckoning; the self-explanatory ‘War’ details an internal struggle, set to a clipped, late Velvet Underground-style piece of country rock. On ‘Fire’, an anthem for self-love and surely the greatest single encapsulation of her talents, Crutchfield sings of being “wiser, slower and attuned” to a backdrop of clean-toned keys, muted drums and a strong, almost spiritual hook that recalls Bob Dylan’s early Seventies work.

It’s a compelling experience throughout, one which builds up to a dazzling back-to-back duo near the end of Saint Cloud. On ‘Arkadelphia’, which works brilliantly both on its own and as an emotional core to the album, Crutchfield wrestles between doing the right thing to survive and carrying on in the way others expect her to (“If I burn out like a lightbulb / They’ll say she wasn’t meant for that life / They’ll put it all in a capsule / And save it for a dark night”). Then there’s the beautiful ‘Ruby Falls’, a moment of stripped-down simplicity in which Crutchfield embraces the simple but often hard truth that things often don’t work out, remembering the process of splitting from an ex-lover. It may be understated, but the drama of the record is always front and centre, obvious to those prepared to listen.

Saint Cloud represents Katie Crutchfield reaching the peak of her powers, creating a masterful blend of indie, country and Americana to rival the likes of Liz Phair, Cat Power and Lucinda Williams, as well as what’s sure to be one of the decade’s finest albums. (9/10) (Ed Biggs)

Listen to Saint Cloud by Waxahatchee here via Spotify, and tell us what you think below!