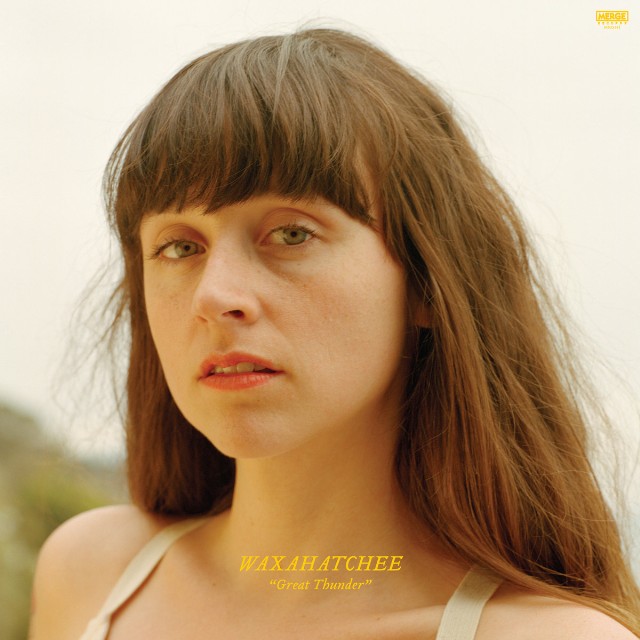 Katie Crutchfield revisits some of her oldest work with her latest Waxahatchee release ‘Great Thunder’.

On the newest EP, Katie Crutchfield revisits material from the time when she was a part of a group with Keith Spencer, a former Swearin’ member and occasional producer of her solo work. The duo worked under the name Great Thunder around 2012 which left them with a handful of songs that Crutchfield decided to bring back to light through her solo moniker Waxahatchee.

On her newest EP, Crutchfield may be going back in time to revisit some old material, but she also travels back to meet with her musical roots, saying that Great Thunder is “a throwback to how I started”. While at the first glance the simplistic songs, consisting only of an instrument and Crutchfield’s vocals, really do sound like an inconspicuous demo, the lyrical and emotional sphere of the EP conveys a spectrum of different feelings, capable of maturity and wisdom.

READ MORE: Waxahatchee – ‘Out In The Storm’ – album review

Just like on her previous releases, Crutchfield is raw and personal, but this time she’s also quieter and gentler. Songs such as ‘Chapel Of Pines’ and ‘Takes So Much’ portray confusion, fear, and remorse, an insightful picture of an emotional journey that only some people are capable of capturing in words. At the same time, Crutchfield is watchful in her lyrics and wary when it comes to saying too much, knowing that, more than often, less is more.

Great Thunder is a great addition to the Waxahatchee canon despite technically pre-dating it, proving that Crutchfield’s talent and natural musical prowess are something that she’s been cultivating for years. While the EP is also a different kind of a listen, comparing to her earlier solo releases, it’s equally enjoyable and most definitely a record that will hit all the right spots when those sombre and rainy autumn days will loom over summer for good. (7/10) (Alicja Rutkowska)

Listen to Great Thunder EP by Waxahatchee here via Spotify, and tell us what you think below!