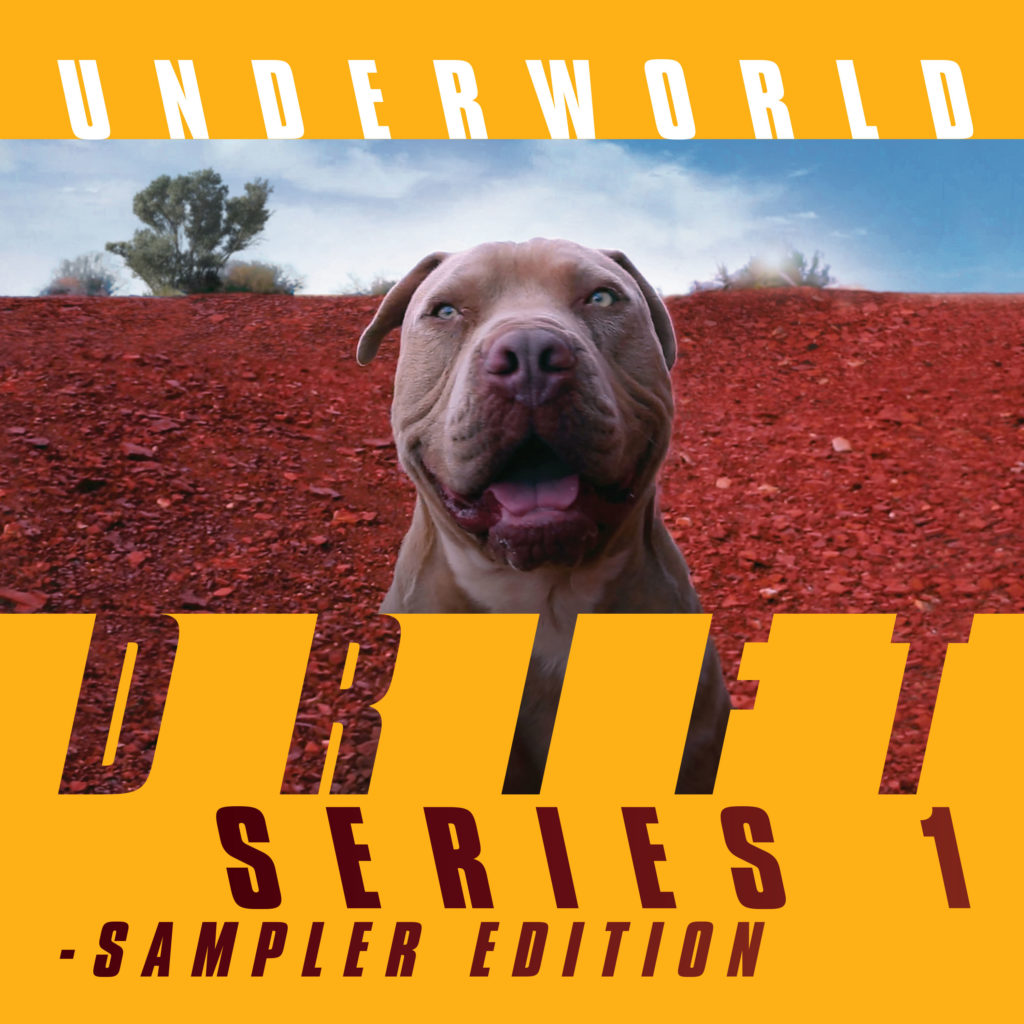 A 10-track overview of Underworld’s year-long ‘Drift’ multimedia project, this necessarily imperfect collection contains some of the band’s best work of the last 20 years.

Since 2018’s excellent EP with Iggy Pop titled Teatime Dub Encounters, Karl Hyde and Rick Smith have engaged in a year-long creative experiment titled Drift, in which new tracks, music videos and other media have been released weekly online, divided up into five ‘Episodes’ and totaling 38 new tracks. As a result, Underworld’s discography in terms of raw hours of music has swelled massively one go. The nature of such experiments, as you occasionally see in pop, is inevitably that results are inconsistent, dictated by the logic of quantity. They’re borne of a restless mindset, usually announced by long-established acts looking to break out of the conventional write-release-tour cycle.

While that’s largely true here, the best of Drift is up there with the highest peaks that Underworld have reached in their third incarnation. Drift Series 1 Sampler Edition is an attempt to precis the project for those who aren’t mega-fans of the band, collecting its highlights under the umbrella of one release. The entire project is available as a 7xCD box set, for the hard-bitten fan. Condensing it down is foolhardy in some respects, as not all the great tracks are accounted for – ‘Soniamode’, for example, the Guardian-dubbed “socialist banger” that featured lyrics from the newspaper’s Aditya Chakrabortty, is mysteriously omitted despite being one of the series’ highlights and most listened-to tracks. The 34-minute ‘Appleshine Continuum’ which featured a jazz interlude with The Necks is absent, for the obvious reason of space.

The main theme of ‘Appleshine’, however, does appear and opens this highlights reel, still expansive in its ambient, gentle groove with some hazy Karl Hyde vocals reminiscent of ‘8 Ball’, the track they made for Danny Boyle’s The Beach. Aptly, given its title, the record spends its time drifting in the same sort of mode, going no particular place at any noticeable speed but doing it extremely pleasantly. There’s the hypnotic, entrancing ‘Listen To Their No’ that quickly achieves a kind of glorious cruise-control, to the cascading synths and funky rhythms of exceptional ‘Custard Speedtalk’. On the nimble ‘S T A R (Rebel Tech)’, Hyde appropriates the children’s classic ‘Each Peach Pear Plum’ with one of his trademark stream-of-consciousness passages, this time with pop culture icons like, David Bowie, Johnny Depp and the Dalai Lama populating the lyrics.

Crucially, what stops this highlights package as a whole being one of the group’s best ‘albums’ is its inchoate nature – Drift Series 1 Sampler Edition feels exactly like what it is, a collection of disparate parts rather than a complete entity in itself. There’s very few weak points in the ten tracks, and Hyde and Smith are willing to push against expectations in a way that they’ve proven able to do over and over again in their long career. But any real insight is going to come with the listener’s preparedness to explore the entire Drift series: a time-consuming, necessarily hit-and-miss but ultimately rewarding experience. Having said that, lurking in this overview package are a decent handful of some of the best material that Underworld have recorded in the last 20 years. (7/10) (Ed Biggs)

Listen to Drift Series 1 Sampler Edition by Underworld here via Spotify, and tell us what you think below!