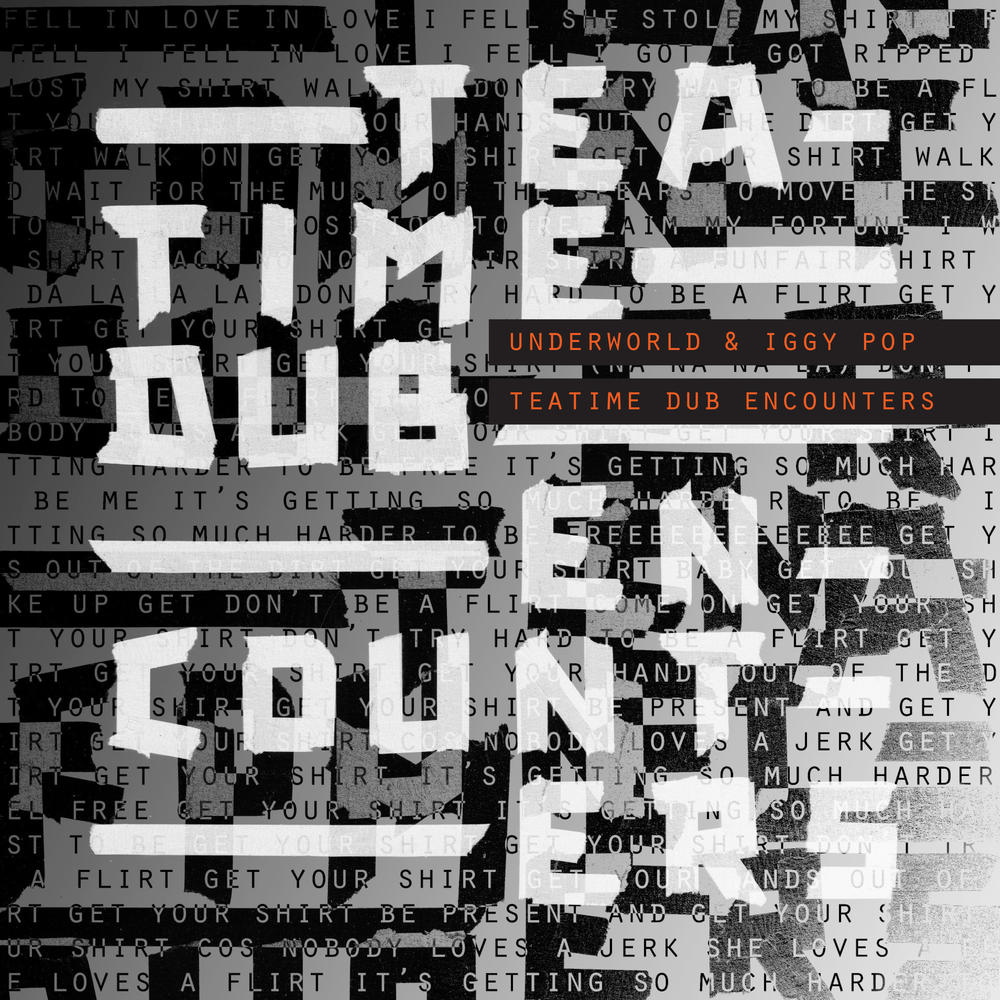 British rave veterans Underworld and legendary punk figurehead Iggy Pop might not be the most obvious musical bedfellows on the surface of it, you might think, but Iggy has been spending recent years reaching out to others. Working with everyone from all-female post-punkers PINS to Daniel Lopatin’s experimental electronic project Oneohtrix Point Never, as well as recruiting Josh Homme and Matt Helders for his most recent solo outing Post Pop Depression, he’s been using his godfather status to build bridges with the contemporary, despite his officially declared semi-retirement. Underworld, who have been going since the early Nineties, are hardly contemporary in 2018, but are still at least a generation removed from Iggy.

Their four-track collaboration EP, Teatime Dub Encounters, emerged after a failed attempt to get something recorded in time for Danny Boyle’s T2: Trainspotting (Underworld’s ‘Born Slippy .NUXX’ and Iggy’s ‘Lust For Life’ having played such central parts in the 1996 original, of course), the Essex duo having essentially ambushed Iggy during his tour stop-over at the Savoy in 2017. Setting up an impromptu studio in a hotel room, both artists basically improvised their roles – Iggy’s drawling in his rich, gravelly voice into a Dictaphone, while Hyde and Rick Smith built gradually undulating soundscapes around his fascinating monologues.

The reason that Teatime Dub Encounters works as well as it does is that both artists have hedonism in common, with Iggy also sharing a certain set of oblique observational mannerisms with Karl Hyde’s stream-of-consciousness insights. Essentially, we get a 71 year old grizzled rock’n’roll veteran reminiscing about his past – war stories, regrets, fond memories, sidelong insights. Much of it is in the past tense, giving everything an elegiac quality and poignancy as well as its low-key sense of invention and fun.

‘Bells & Circles’ is by far the EP’s best moment, uncoiling as one long, surging build-up that avoids the clichéd drop of most dance music as Iggy fondly reminisces about being able to smoke on airplanes, tying it in with the death of liberal democracies. “If I had wings, I wouldn’t do anything beautiful and transcendent / No, I’d get my finger into everything I wanted – I’d do all the beautiful things, those things you can’t do,” Iggy explains, before Hyde and a female backing vocalist interject with a beatific refrain of “sunshine on my wings”. It’s a real treat, and one borne from a sense of total freedom, of two artists doing what the hell they like.

Teatime Dub Encounters’ other three tracks all have their fully realised charms, but aren’t quite as immediately seductive as ‘Bells & Circles’. The anxious krautrock pulse of ‘Trapped’ recalls the darkness of Fever Ray and Third-era Portishead, as Iggy tangentially touches upon the legendarily dark Suicide track ‘Frankie Teardrop’ in referring to a young man unconsciously enslaved to the tedium of modern existence via his mortgage. The mellow, ambient ‘I’ll See Big’ sees Iggy reflect even more on his life and the hundreds of friendships, many long since disintegrated, that he’s enjoyed, and a moody yet soothing closing moment comes with ‘Get Your Shirt’, a mid-paced industrial stomper reminiscent of prime-time Depeche Mode.

Teatime Dub Encounters is ultimately a fascinating curio that leaves you wanting a little more, and could easily have been built out into a proper full-length album. Instead, we get 27 engrossing minutes covering four diverse tracks of electronica, and a meeting of minds between two characterful and staunchly independent artists. (7/10) (Ed Biggs)

Listen to Teatime Dub Encounters EP by Underworld & Iggy Pop here via Spotify, and tell us what you think below!