CULT ’90s: Rage Against The Machine – ‘The Battle Of Los Angeles’ 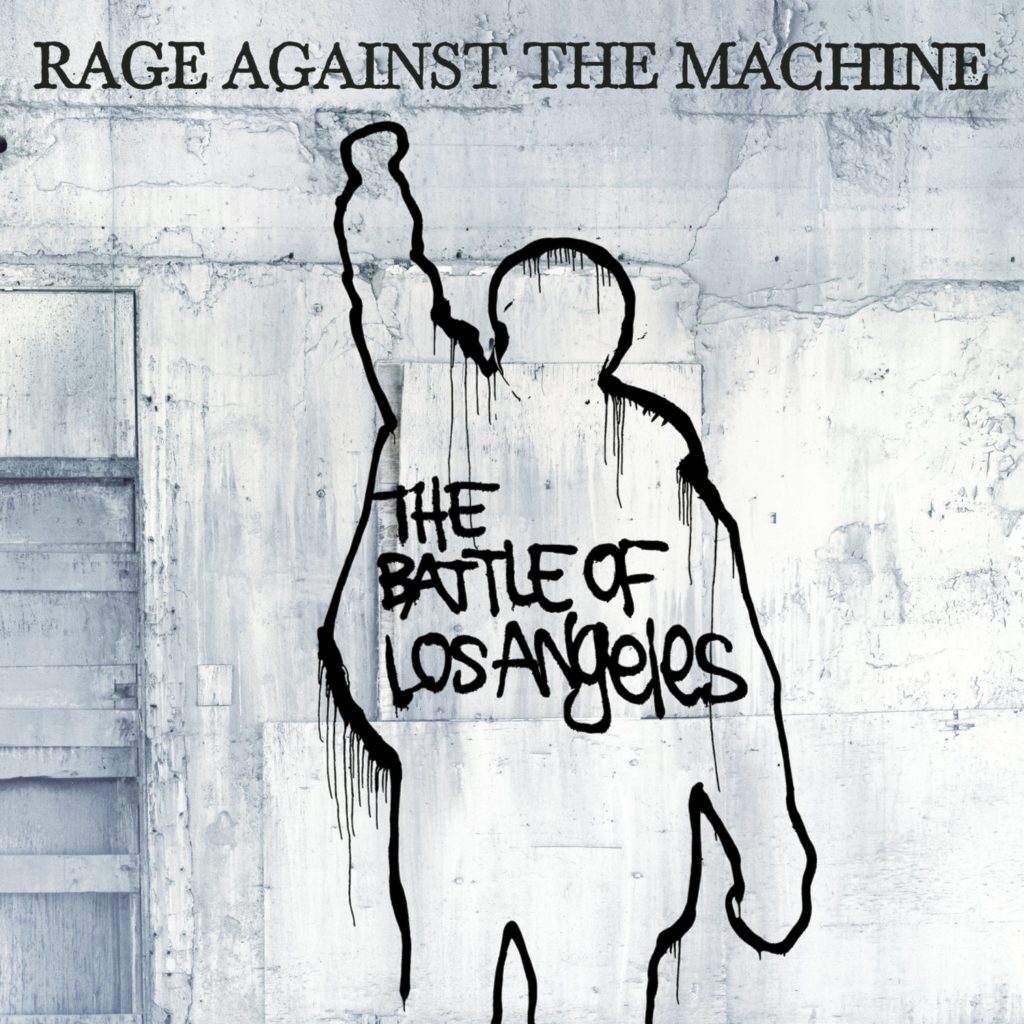 Weeks before the turn of the 21st century, L.A. revolutionaries Rage Against The Machine unleashed a new album, reminding the world once again of the corruption and greed running through the veins of their governments. The spirit of Rage’s music has always been to turn attention to the real dangers of American foreign and domestic policy, to inspire a genuine desire for rebellion. The Battle Of Los Angeles, their third and, to date, final album of original studio material, did just that.

The Battle… begins fierce and brutal with two bombastic tunes, ‘Testify’ and lead single ‘Guerrilla Radio’. The former is an explosive take on the media’s control over the people, going so far as to near-directly quote George Orwell’s dystopian classic 1984. The latter is the first of a few tracks on this record that fuse hip-hop and metal to a degree that has not been topped before or since. The listener can hardly resist Zack De La Rocha’s barked orders to “turn that shit up!”.

De La Rocha’s lyrics have always put the spark of rage into Rage Against The Machine, and while The Battle Of Los Angeles is no exception, it did have its slightly weaker moments. In the chorus of ‘Mic Check’ he proclaims that he is “the anti-myth rhythm rock shocker”, a slightly unfortunate example of sacrificing meaningful lyrics for a better stylistic flow. It wasn’t a bad song by any means, but possibly flies a little too close to the boundaries of cringe. Critically, though, these kinds of moments were fewer and further than between than on 1996’s Evil Empire, an album which, despite its clutch of quality singles, suffered from drift and a lack of economy in its execution.

The lyrics to ‘Sleep Now In The Fire’, for instance, were testament to this sense of focus. This is the album’s ferocious peak, and for some the zenith of Rage’s entire discography. Fierce criticisms of American colonialism are spat over a dense wall of Tom Morello’s signature feedback-based guitar work, and the riff in the chorus is one of the catchiest ever (not to mention its music video, whose shoot managed to close the doors of the New York Stock Exchange).

The latter half of the album, while still excellent, features a couple of slightly weaker cuts. ‘New Millennium Homes’ and ‘Born As Ghosts’ are groovy, with more creative guitar work from Morello, but neither track brings anything new to the table and are ultimately forgettable. However, ‘Born Of A Broken Man’ features a soft guitar intro before exploding into the band’s heaviest riff since ‘Bulls On Parade’. It’s not exactly reinventing the wheel, but it would be unreasonable to expect them to top their excoriating debut, released almost precisely seven years before and around which much of the Rage Against The Machine mythos is based.

While not quite as ground-breaking as that debut, The Battle Of Los Angeles is full of furious energy, restoring the lustre to the group’s reputation. Despite a small handful of less essential moments, it still manages to fuel the fires of resistance, and it would be a sin not to call it one of the top metal albums of the late Nineties. Following it with 2000’s mixed-bag covers album Renegades, the group have been creatively silent subsequently, notwithstanding the memorable reunion around ten years ago after ‘Killing In The Name’ hilariously became the UK’s Christmas Number One single in 2009, and the involvement of the group (minus De La Rocha) in Prophets Of Rage with members of Public Enemy and Cypress Hill. As this article goes live, however, and on the eve of the 20th anniversary of their third LP, the group confirmed a handful of live dates throughout 2020 – with the tantalising possibility of new material. (Cameron Brown)

Listen to The Battle Of Los Angeles by Rage Against The Machine here via Spotify, and tell us what you think below!

Influenced: Green Day, Muse, System Of A Down, Linkin Park, M.I.A., Fucked Up, Rise Against, Titus Andronicus, Against Me!, Kendrick Lamar, Run The Jewels, Death Grips, Prophets Of Rage