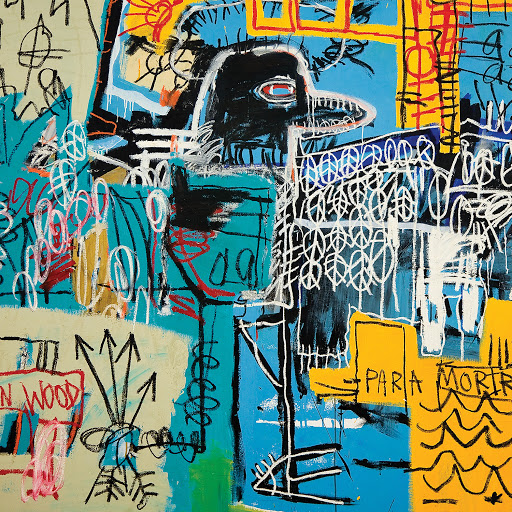 The first new Strokes album in seven years, ‘The New Abnormal’ is a bold but only partly successful departure from expectations and previous form.

So, The Strokes are back with their first full-length album in seven years, titled The New Abnormal. Who are they? Well, if one were to consult our good friend and/or arch-nemesis “the majority opinion”, one would discover that they are a Noughties indie and post-punk revival band that released a genre-defining debut album, a highly competent sophomore release, and then a string of average to mediocre successors, whilst simultaneously morphing into some sort of crappy new wave outfit. However, as we’re all aware, what our good friend/arch-nemesis over here lacks is something called “nuance”. What it fails to take into account is the possibility that the band’s 2011 release Angles may just be a desperately misunderstood masterpiece, just begging for a mass re-evaluation, or that their stab at new wave and electro-rock was not only far from redundant, but also a necessary breakout from the hole the band risked digging for themselves after their underwhelming 2006 album First Impressions Of Earth. Furthermore, it fails to mention that frontman Julian Casablancas would subsequently go on to form a stylistically versatile side project called The Voidz, whose influence would inevitably bleed into future Strokes releases.

This brings us to The New Abnormal, and what is immediately striking about this record is the track lengths, with the shortest only coming in a tad under four minutes, while over 50% of them clock in at over five minutes. Quite surprising really, for a band notorious for their punchy little bursts of catchy, indie rock energy. Oh yeah, that’s the thing. If it’s “catchy, indie rock energy” you’re after, you may wish to take your custom elsewhere. What The New Abnormal boasts, from a lyrical perspective, is the most mature collection of songs the band has ever produced, touching upon previously unexplored darker and more morose territories, which the music duly complements. This may come as a shock to Strokes admirers for whom peppy numbers such as ‘Last Nite’, ‘Reptilia’, or even ‘Under Cover Of Darkness’ formed a crucial part of their musical DNA.

Nevertheless, that’s not to say that The New Abnormal is a complete departure, rendering the Strokes of old wholly unrecognisable. The reality is far from that. The opening track ‘The Adults Are Talking’ feels like a reworking of their 2013 single ‘One Way Trigger’, but with a certain quantity of the synthpop gloss of the latter stripped away, thus bringing it more in line with the band’s classic early Noughties work. This is not the sole instance of the band building a bridge between the old and the new. ‘Selfless’ combines the captivating, melodic lead guitar work of early Strokes with Casablancas’ newly refined falsetto vocals, while ‘Brooklyn Bridge To Chorus’ opens up with a ludicrously catchy new wave synth riff before transforming into a lively indie rock anthem. However, no matter how strong these tracks may be, they don’t necessarily constitute a noteworthy step up in quality from previous releases, and thus it would be inaccurate to describe them as a “development” of sorts. The band are merely capturing and preserving the magic of past Strokes albums and offering a stark reminder that they haven’t faded into permanent obscurity just yet.

As for ‘Bad Decisions’, the band ceases to reinterpret their own back catalogue and steers instead towards the work of others. The song’s uncanny resemblance to Modern English’s ‘I Melt With You‘ has already been widely acknowledged, not that it has hindered fans’ enjoyment of it in any way, shape or form. The jangly intro kicks off proceedings nicely, yet the verses and chorus don’t seem to progress much further than that, with the intro riff continuing on a loop in the background, accompanied by the same two-chord pattern that eventually becomes tiresome. The chorus is particularly underwhelming, consisting almost exclusively of the repeated line “Oh, making bad decisions”, which may very well be sufficiently memorable to warrant a regular fixture on FM radio for a good few weeks, but offers comparatively little from an artistic standpoint. And although the bridge section provides a welcome release from this repetitive two-chord pattern, it just feels undercooked, largely due to Casablancas’ deadpan vocal delivery. The song eventually embarks on a pretty rollicking crescendo, yet given its overall blandness, this feels like the band playing a Get Out of Jail Free card, rather than the high-octane, uplifting climax it was intended to be. It’s not a bad song by any means, and it’s obvious why it was selected as a single, but in the grand scheme of things it does feel a bit throwaway.

However, the strongest and most uncharacteristic track on the album, ‘Eternal Summer’, then emerges. The juxtaposition of the funky, muted guitar riff and the chilled out, R&B-infused synth chords produces a stunningly summery vibe, while Casablancas’ vocals range from dreamy falsetto to atypical, aggressive bellowing during the bridge. The band even throw an extremely Voidz-esque noise rock instrumental into the mix, which temporarily breaks the flow, before concluding on a refreshingly warm, relaxed note. This leads into the minimalistic ‘At The Door’, a stripped back, drum-less, synth-led slice of new wave, which, despite its instrumental limitations, still manages to bring forth a marvellous chorus that reaches heights as glorious as those exhibited by the genre during its heyday. An odd choice of lead single, but a bold one nonetheless. This one-two punch imbues the album with a vital dose of inspiration and energy, and although it may not be the aforementioned “catchy, indie rock energy” with which the band originally made their name, it’s an unequivocal statement of intent, proving that the Strokes can branch out of their comfort zone with sublime results.

Unfortunately, The New Abnormal struggles to maintain such high standards for the remainder of its duration. ‘Why Are Sundays So Depressing’ is a functional yet ultimately forgettable mid-tempo slog, whilst the final two tracks showcase easily the most sinister material the band has produced to date. ‘Not The Same Anymore’ begins well enough, with its haunting guitar arpeggios, menacing lyrics and Casablancas’ dejected vocals, but for an outro which was screaming out for an emotional crescendo to peter out so innocuously merely confirmed that potential had been wasted here. The six-minute dirge ‘Ode To The Mets’ ends the album on a dour note, building itself off a motif very similar to the chorus hook in ‘Brooklyn Bridge To Chorus’, yet without the energy or the memorability that made the latter so appealing. It’s a fairly downcast conclusion to a mixed bag of an album.

Overall, for a record that promised so much, one can’t help feeling that such promises were only partially fulfilled. The experimental sections of The New Abnormal are excellent, and if the band were to pursue this approach more exclusively on future releases, their relevance would undoubtedly live on for years or perhaps decades to come. Time spent away with the Voidz clearly did Julian Casablancas the world of good. However, if The Strokes wish to rekindle past glories, they’re going to need a caffeine shot or two before that energy can truly be captured again, whereas if they wish to leave the past behind and plunge deeper into this newfound, moodier direction, they’re going to have to do a bit more to prove they’ve really got what it takes to tackle such a greater level of emotional gravity, and communicate it in such a way that the listener can share in the experience, rather than clock out due to boredom. At this stage in their career, numerous doors are open for the band. Where will they go from here? Only time will tell. (6/10) (George McKenna)

Listen to The New Abnormal by The Strokes here via Spotify, and tell us what you think below!