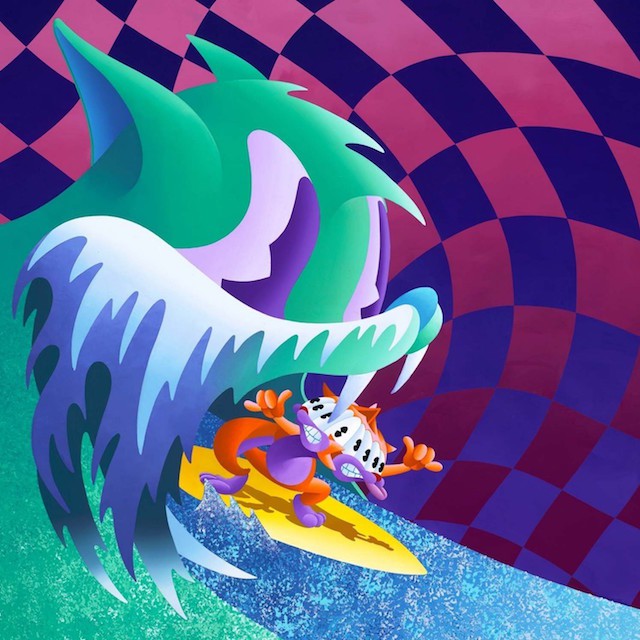 The way in which MGMT’s second album Congratulations shocked and largely alienated their fanbase upon its roll-out in 2010 seems increasingly like a phenomenon from a by-gone age. Catapulted to international stardom with their 2008 debut album Oracular Spectacular and its triple threat of massively popular singles – ‘Time To Pretend’, ‘Electric Feel’ and ‘Kids’ – they were a product of the blogosphere that was attracting major label attention at the back-end of the Noughties. With arch, metatextual songs about partying, cliché and wasted, fleeting youth, they were one of the most fashionable and marketable bands in the wake of the financial crisis, spawning a whole heap of vaguely retro-futurist festival acts such as Foster The People, Passion Pit and The Temper Trap. Hundreds of thousands of music fans were waiting eagerly for a suitable follow-up to a pop sensation – Oracular Spectacular part two, in short.

Instead, they got Congratulations, an album of psychedelic trip-outs and Syd Barrett-influenced freak folk that contained nothing in the way of obvious singles. It’s the kind of dramatic change of direction that simply doesn’t happen anymore with major label acts in the streaming age, given how meticulously managed and conservative that bands and artists tend to be in terms of career planning and progression.

Of course, bands have turned their backs on their most popular songs before. Radiohead spurning ‘Creep’ to avoid being pigeonholed as a one-hit wonder Nirvana-lite band and making The Bends, for example, and R.E.M. regretting making ‘Shiny Happy People’. But a wholesale revolution like this, trading in synth-pop crowd pleasers like ‘Kids’ for winding, multi-segmented psych-prog epics like ‘Siberian Breaks’ and effectively shunning an entire fanbase that they were never that keen on attracting in the first place, surely couldn’t have been further from what Columbia would have been expecting, leaving them wondering how on earth to market it.

When it was released in mid-April 2010, Congratulations was met largely with bafflement and no small amount of anger. One of the most promising crossover bands in recent memory had committed suicide, at least in commercial terms, delivering a wild curveball that flinched dramatically from the mainstream. But Congratulations spoke to an admirable determination and integrity, even bloody-mindedness, on the part of its creators, a point-blank refusal to be typecast or permanently defined by what they had already done. When they formed MGMT as a bedroom-bound project as students in the mid-Noughties, Ben Goldwasser and Andrew VanWyngarden could in no way have imagined the huge success that greeted their debut, not to mention the meteoric nature of their ascent.

Instead of the Anglo-European synth pop of New Order, Daft Punk and The Human League that had informed Oracular Spectacular, Goldwasser and VanWyngarden took inspiration from a vast hinterland of cult artists, from Pink Floyd’s mythological first frontman Syd Barrett to British oddball indie pioneers Television Personalities (to whose frontman, Dan Treacy, they pay tribute in the title of the second track) and a whole host of mellow, weird influences in between. Where their debut was almost laser guided in its precision, Congratulations was restless, as the 12-minute ‘Siberian Breaks’ signified, a lysergic and ever-shifting suite touching on classic Pink Floyd, Smile-era Beach Boys, Brian Eno’s less ambient works and spooky sci-fi soundtracks. It was surly and unfriendly in commercial terms, not so much an invitation to their fans to join them on a different path as a complete throwdown, a challenge set for those open-minded enough to try.

The overarching sound and tone of Congratulations had been accidentally stumbled upon after an initial recording attempt in early 2009 at re-creating Oracular Spectacular’s keyboard riffs turned sour and stressful. VanWyngarden and Goldwasser eventually loosened up with a combination of hallucinogenic drugs and surfing lessons, something reflected in the curious, trippy retro-computer game artwork of Congratulations, a stylised wave resembling a cat about to swallow up a surfing hedgehog-like creature. Produced with Pete ‘Sonic Boom’ Kember, a legend in the British alternative scene and one half of the long defunct Spacemen 3 in whom they found a kindred spirit, the album came together quickly.

Congratulations is perhaps best understood as a conscious yet completely un-serious deconstruction of pop, as if they had broken down the component parts and put them back together the wrong way. Right from the Fall-esque punkiness, tumbling drums and shifting speed of ‘It’s Working’, MGMT act in defiance of expectations. The dark, understated glam of ‘Flash Delirium’ is an intuitively played amalgam of krautrock and Sixties beat that feels like Goldwasser and VanWyngarden were forging into the future in real time. The ‘80s jangle-pop whimsy of ‘Song For Dan Treacy’, the quiet acoustic lament of ‘Someone’s Missing’ and delicate closer ‘Congratulations’ showed a maturity and confidence in their material that many lesser bands aren’t capable of with their second albums, preferring bluster instead. Elsewhere, the film score qualities and ambient keys of ‘Lady Dada’s Nightmare’, the fun punk of ‘Brian Eno’ and the impenetrable weirdness of ‘I Found A Whistle’ displayed the other, more mischievous side to MGMT’s personality.

Anybody who thought that Congratulations was a blip, a one-off deviation from a fundamentally populist career path, would be proved entirely wrong by MGMT’s next album. A self-titled effort released in 2013, it signalled once and for all that the Oracular Spectacular version of MGMT was dead and gone, doubling down on the weird vibes and creating some dark, paranoid ambient soundtrack for psychedelic comedowns. Five years of silence then ensued, before VanWyngarden and Goldwasser began to tentatively reconcile themselves with their pop roots with 2018’s immensely satisfying Little Dark Age.

But while their commercial fortunes have drained away, Congratulations did at least leave a lasting impression on those who were prepared to give it the time of day. It can be seen as a precursor of the kind of music that Tame Impala have since taken to festival-headlining status, and an influence on a wide range of bands in Britain, America and Australia from Glass Animals and Unknown Mortal Orchestra to King Gizzard & The Lizard Wizard. Its treatment of its sources worked against it at the time, but a decade later, it has aged incredibly well, benefitting from hindsight and repeated listens. Most notably of all, however, Congratulations was a deliriously confusing and enjoyable throwback to a time when major labels to a bygone age when pop music wasn’t existentially locked in to box-checking exercises to ensure major label profit margins. It’s the sound of a band realising they weren’t born for megastardom, and embracing it.

Listen to Congratulations by MGMT here via Spotify, and tell us what you think below!