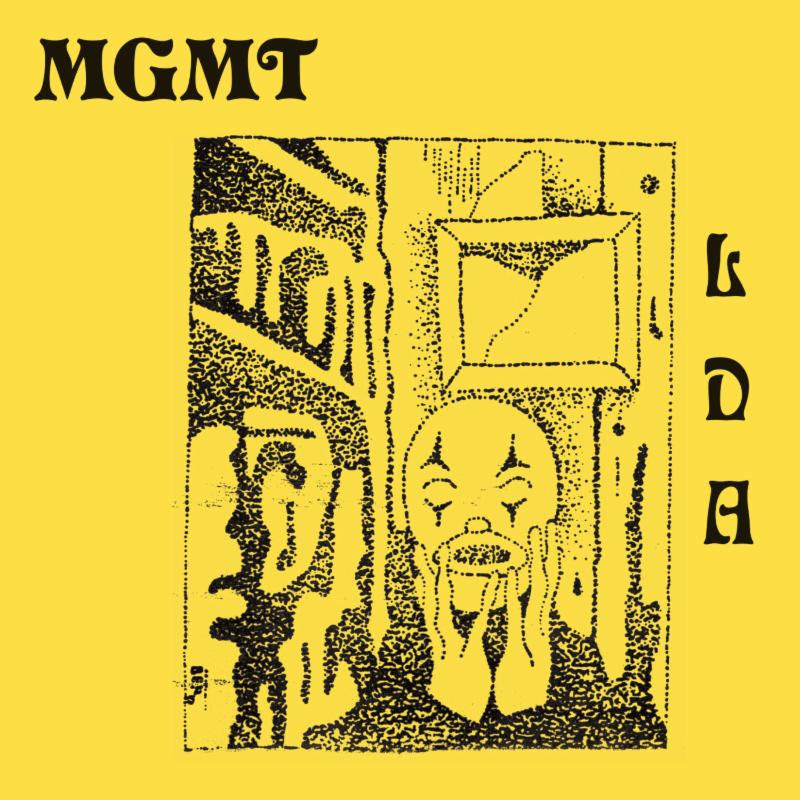 It’s not quite the return to the days of ‘Kids’ and ‘Time To Pretend’, but MGMT’s fourth album ‘Little Dark Age’ is certainly their most focussed and pop-orientated in the decade since those glory days.

“Welcome to the shit-show / grab a comfortable seat” sings a mischievous Andrew VanWyngarden in the very first track of Little Dark Age, the fourth studio album from MGMT and which arrives in the context of the populist demagoguery, widespread public ignorance and dwindling hope that is life in 2018. The world has indeed changed significantly in the nearly half-decade since VanWyngarden and his bandmate Ben Goldwasser last released an album, but, to be flippant for a moment, not as dramatically as the musical left-turn that the band had made after their initial successes at the end of the Noughties.

The band that had recorded the kaleidoscopic pop masterpieces of ‘Kids’, ‘Time To Pretend’ and ‘Electric Feel’ was declared dead with their sophomore effort Congratulations at the start of the new decade, an intricately weird record with no radio hits, obvious singles and a clear admiration for music history’s outliers like Dan Treacy and Pete ‘Sonic Boom’ Kember. It seems fitting, therefore, that upon the tenth anniversary of their zeitgeist-defining debut album Oracular Spectacular that MGMT should make their long-awaited return to their roots, jettisoning the sometimes excessive navel-gaving psychedelia of those difficult years in which they tried to re-define their identity, and returning to a more conventional template. One look at Little Dark Age’s tracklisting shows us that no song lasts longer than five minutes.

There’s a sense that VanWyngarden and Goldwasser have dropped the heavy, often forced irony that they have been using an escape hatch from the fame and expectations that had followed their first successes. Congratulations, though many regarded it as career suicide at the time, was a misunderstood album that the duo probably needed to make for themselves more than anyone else, to assert autonomy over their own career at a point at which most bands would have let themselves get strung along in an attempt to re-make their big early hits to ever-decreasing artistic and commercial returns. 2013’s MGMT was a rather more puzzling and conflicted experience, with their latent pop tendencies pulling them back towards the mainstream and yet their brains telling them to continue moving further away from it.

However, from the opening moments of ‘She Works Out Too Much’, there’s immediately a focus to proceedings, a sense of well-defined boundaries where previously MGMT coloured outside the lines. Although a saxophone sprays everywhere in its outro, after a ‘he said-she said’ break-up concerning gym memberships, it feels that Little Dark Age is at ease with its identity, where their last two albums had often grasped and failed to nail anything down. ‘One Thing Left To Try’ and latest single ‘Me And Michael’ are pieces of sparse, lush and explicitly ‘80s-influenced synth-pop that are only remarkable for how unremarkable it sounds for MGMT. The devastated ‘James’ sees VanWyngarden’s usually plaintive vocals drop to a resigned baritone. For the first time in a decade, there are radio-friendly cuts aplenty.

But fear not, fans of Congratulations and MGMT – those exploratory, multi-coloured weirdnesses are still present, but now they are kept on a short leash, made secondary to the dictates of pop templates. The title track and recent single ‘Little Dark Age’ features burbling, programmed synths chuntering away to themselves on top of an infectious, soulful bassline, and it makes for one of the most immediately gratifying MGMT singles in a decade. They take time to contemplate the void on ‘When You Die’, a beautiful ditty in the vein of latter-day Metronomy (appropriate, as they were one of the bands so explicitly influenced by MGMT in the first place). VanWyngarden plays with tone and substance in couplets that vary from “it’s permanently night / and I won’t feel anything” to “go fuck yourself / you heard me right”.

Closing things out are two absolute gems for the MGMT discography, as they seem to offer up a sideways commentary on their own career arc and public image on ‘When You’re Small’ (“you don’t have very far to fall” sounds so much like a self-justification) and “if we lose our touch / it won’t mean much” on final track ‘Hand It Over’. The former track is a charming, Syd Barrett-esque ditty that sounds lost in its own head, and the latter a low-key, melancholy exhalation.

So, while Little Dark Age is not a return to the days of Oracular Spectacular – VanWyngarden and Goldwasser are far too intelligent and spiky to even consider trying to make ‘Kids’ again – it is as immediately accessible, enjoyable and rewarding as anybody could have hoped. Crucially, it has no weak moments, and where it does occasionally threaten to lose the thread, MGMT promptly re-focus. It also represents a restatement of first principles that could see them loop back in with their original fanbase from ten years ago. That is, if those fans haven’t forgotten them. (8/10) (Ed Biggs)

Listen to Little Dark Age by MGMT here via Spotify, and tell us what you think below!